Explained: The Brittney Griner Case And The Dilemma Of Prison Swaps 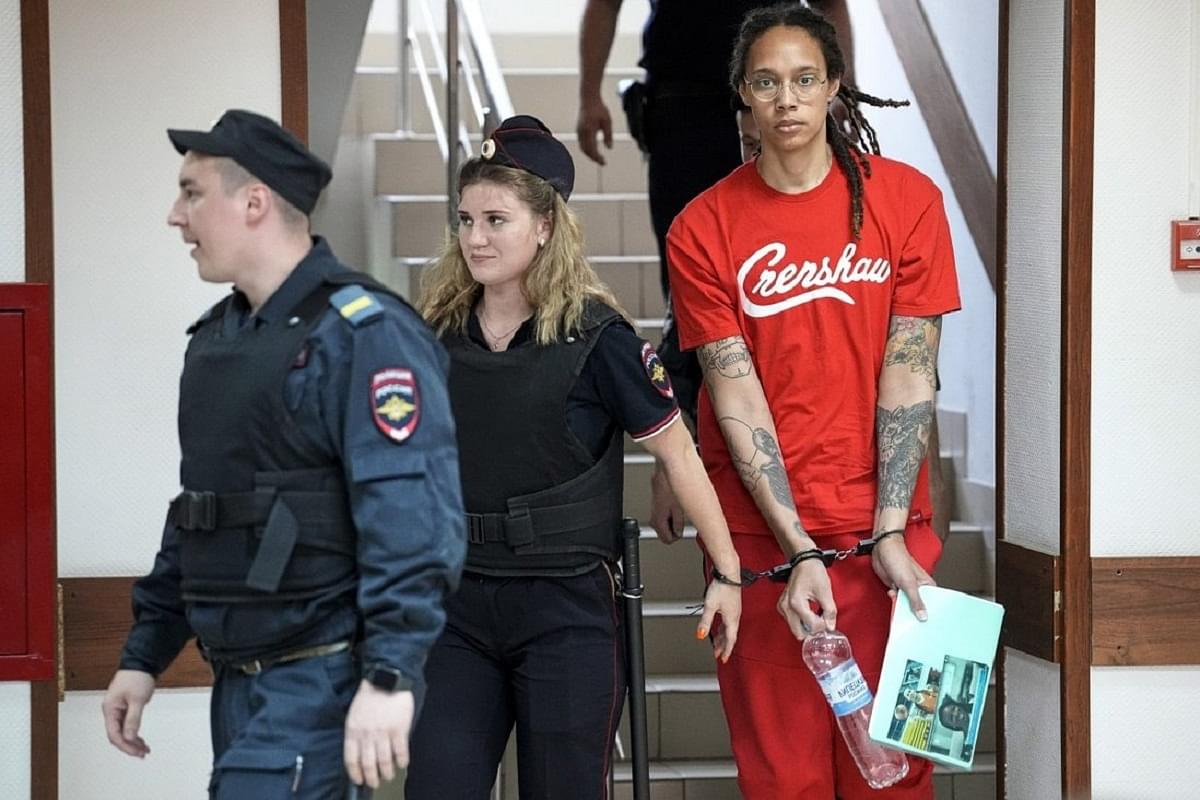 The US wants Russia to release Brittney Griner. She is a Women's National Basketball Association (WNBA) star and Olympic medalist.

She is currently standing trial outside Moscow for carrying a cannabis derivative in her luggage.

Russia wants the US to release Viktor Bout. Bout is an international arms dealer serving 25 years in an Illinois prison for conspiring to kill US nationals and supporting terrorists.

Reports in Russian state media and statements by officials have hinted that the solution is simple — a swap.

However, there is a problem. While officials in US are eager to get Griner home, they’re wary of any such exchange, and especially one that would release a man nicknamed the “Merchant of Death”.

“As I sit here in a Russian prison, alone with my thoughts and without the protection of my wife, family, friends, Olympic jersey or any accomplishments, I’m terrified I might be here forever,” it read.

Griner’s defence team said whilst her latest court hearing last Thursday went well, but the fact that US-Russia relations are at an all-time low, could mean that it would be some time before she’s back on American soil.

The professional basketball league players like Griner supplement their income by joining a team abroad during the off-season.

Russian law enforcement detained her at an airport near Moscow on 17 February — days before Russia’s invasion of Ukraine began — for having hashish oil in vape cartridges in her luggage.

According to reports, she now stands accused of large scale transportation of drugs — which carries a possible 10-year sentence in Russia — despite having just 0.702 grams of the oil in her luggage, which her lawyers claim was for personal use.

Griner pleaded guilty to drug charges last week, possibly in a bid for a lighter sentence.

Her Russian teammates testified to Griner’s good character at the hearing, bringing Griner to tears. It is worth flagging that less than 1 per cent of cases referred to court in Russia end in an acquittal.

“At the same time, they’re considering the balance act of, ‘If we go public, will that embarrass the government? Will it make the treatment worse?’” she added.

Now, with little progress to show toward Griner’s release, her wife Cherelle has begun speaking out. She has been thanking the Biden administration for its efforts on Griner’s behalf but pushing officials to do more.

In May, the State Department declared Griner “wrongfully detained”, a designation which implies that US government will work for her release.

In April, the US released Russian pilot Konstantin Yaroshenko.

It is worth noting that Reed had been imprisoned for two-and-a-half years, and Paul Whelan, another former marine, imprisoned since 2018 on what US officials describe as "false charges of espionage", remains in Russian custody.

Biden, Secretary of State Antony Blinken and other officials have opted for public pressure, which isn't working out that well.

“We call on the US authorities not to speculate on these sensitive matters that touch upon the fates of certain people, and we advise them to give up futile attempts to exert pressure on us. We call on the US to concentrate on practical work through established channels. It simply won’t work otherwise," she said.

“I realise you are dealing with so much, but please don’t forget about me and the other American detainees, please do all you can to bring us home,” Griner wrote to Biden.

Prisoner swaps with Russia aren't a new phenomenon, what is worth noting is the tepid amount of pressure the government in US faces from the American media.

Prison swaps present a dilemma for America, and any other nation state for that matter. The dilemma is — does the state attempt to rescue its citizen or prioritise long term security.

When a state, say America, decides to go for a prison swap to rescue its citizen, it indirectly ends up incentivising rivals to use more American citizens in the future as bargaining chips. The end consequence is that in the future, more citizens of one's own nation, face the risk of being taken as a hostage/political prisoner.