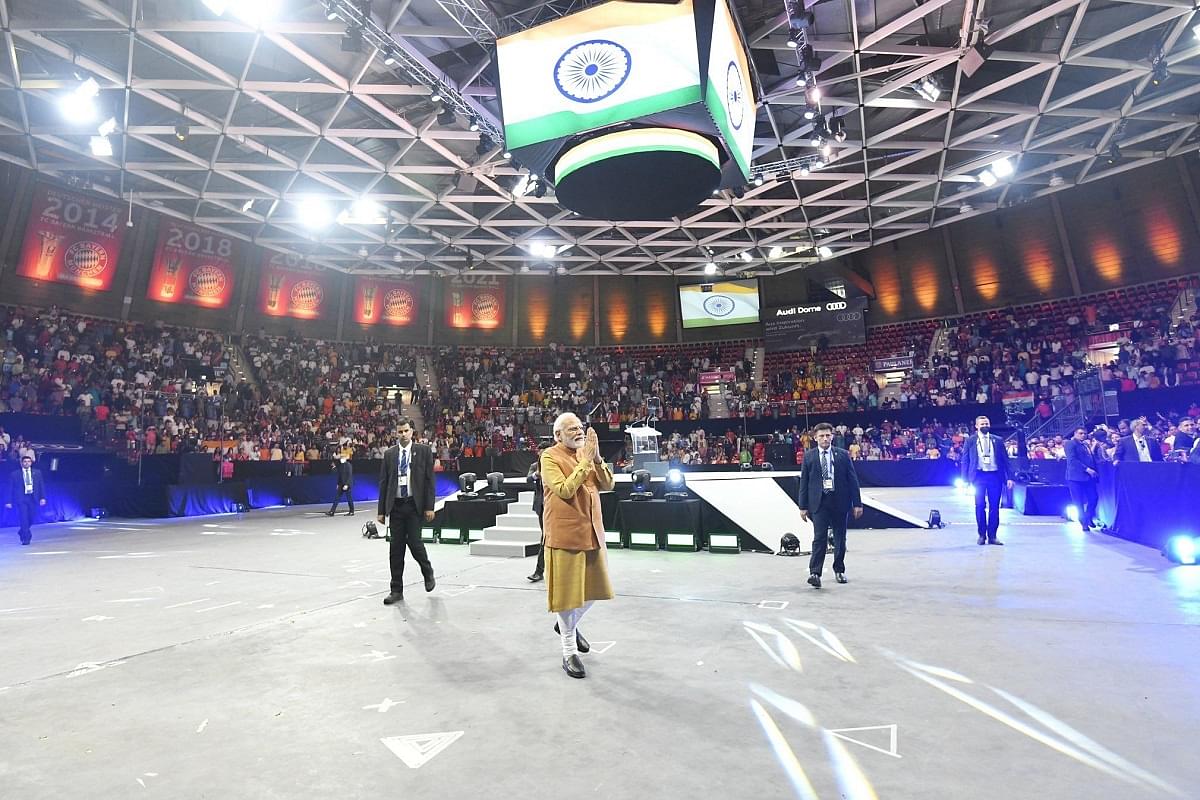 India, led by Prime Minister Narendra Modi, is set to underline the increasing acceptance and recognition of the country's presence in every sustained effort to find solution to global challenges at the latest edition of the G-7 summit in Schloss Elmau, near Munich in Germany.

This initiative follows the Prime Minister, with the stature of a deal maker, scripting an invigorated chapter of engagement at the World Trade Organization (WTO) having played a key role in the favourable outcome at the 12th Ministerial Conference (MC12) at Geneva.

The G-7 summit takes on a special significance as India joins Argentina, Indonesia, Senegal and South Africa as invitees to the summit which has broken with tradition to, as stated by Chancellor Scholz, “recognize the democracies of the global south as partners”.

The Geneva WTO meet has underlined India’s emergence as the voice of the developing and least developed countries (LDCs).

The G-7 meeting is also happening amidst the Russian invasion of Ukraine which has unleashed a food security crisis all over the world and yet, seen India taking a very proactive stance to ensure that the food security of the vulnerable countries in particular are addressed in a manner that their needs are fulfilled without impacting the food security within India and management of food security issues.

“I think there has been a widespread appreciation of the manner in which India has taken forward this position,” Vinay Kwatra, Foreign Secretary said at a briefing.

Importantly, India is at the forefront of key developing world priorities that are at the top of the G-7 agenda, namely energy transition, economic recovery and transformation followed by pandemic prevention and control, sustainable investments and infrastructure and promotion of shared values of democracy.

In line with this, Modi is scheduled to participate today (Monday, 27 June) in two sessions along with other partner countries of the G-7 summit relating to climate, energy and health and the second on food security and gender equality.

With the possibility of the situation in the South Asian region coming up during the sideline conversations with other leaders of the G-7 and the outreach countries, it would be a good opportunity for India to highlight to the developed countries in particular, the need for them to come together and partner with Sri Lanka to address their current economic situation and move it on the path of economic recovery.

India is well positioned to do so, having provided roughly around $3.5 billion worth of financial assistance to Sri Lanka through currency swap under the SAARC (South Asian Association for Regional Cooperation) arrangements, a billion dollar line of credit for the trading arrangements, and a rollover of the Asian clearing union settlements of dues.

Going beyond the region, it is increasingly clear that the Russian invasion of Ukraine has dramatically changed the geopolitical reality on which our multilateral system is based and collective action is urgently needed to address global challenges.

"The G-7 is a necessary forum, but it is not enough on its own. The G-7 would do well to invite partners from the African continent and major emerging economies from the G-20 to Elmau,” says Axel Berger of the G-7 think tank group "Think7", an engagement outfit of the German G-7 Presidency.

For instance, India’s shared opinion and interest with Germany on forging cooperation and coordination between G-7 and G-20 to find solutions to global challenges, can be useful to advance common goals through German and Indian presidencies of G-7 and G-20 respectively as well as widen the basis for a global and regional partnership between Germany/G-7 countries and India.

One of the biggest challenges for the developing and emerging economies of the south is to expedite green transition and that is not possible unless advanced economies help them with technology and finance and make the process a commercially viable proposition through win-win strategies.

Regulations such as the EU’s Carbon Border Adjustment Mechanism will affect market access for goods from developing countries including India and affect their economic growth.

Within the G-7 too, it is imperative to deliver on its commitments to international climate finance and reform its financial regulation to automatically drive more sustainable investment, say experts of "Think7" who point out that so far, the G-7 has failed to protect its citizens from digital corporations and data abuse and there is still a lack of common standards to measure progress in social and environmental projects.

To set the course for global economic stability and transformation, there is also a call for G-7 to establish a debt relief framework that provides all countries with the fiscal space they need to respond to the consequences of the Covid-19 crisis and the war in Ukraine.

The announcement of a $600 billion infrastructure initiative to help developing countries tackle climate change could be an appropriate response to this need.

With the global digital corporations getting bigger and increasingly assertive over entire sectors of the economy, the G-7 needs to wake up to digitisation and data ownership.

In the area of digital networks, which are critically important for our involvement in the economy and society, digital corporations are already the real power holders today, say "Think7" experts.

The G-7 could look at creating a unified legal framework to give digital users true control over their personal information and ensure that citizens experience the same rights, protection, and opportunities in the online world as they do in the offline world.