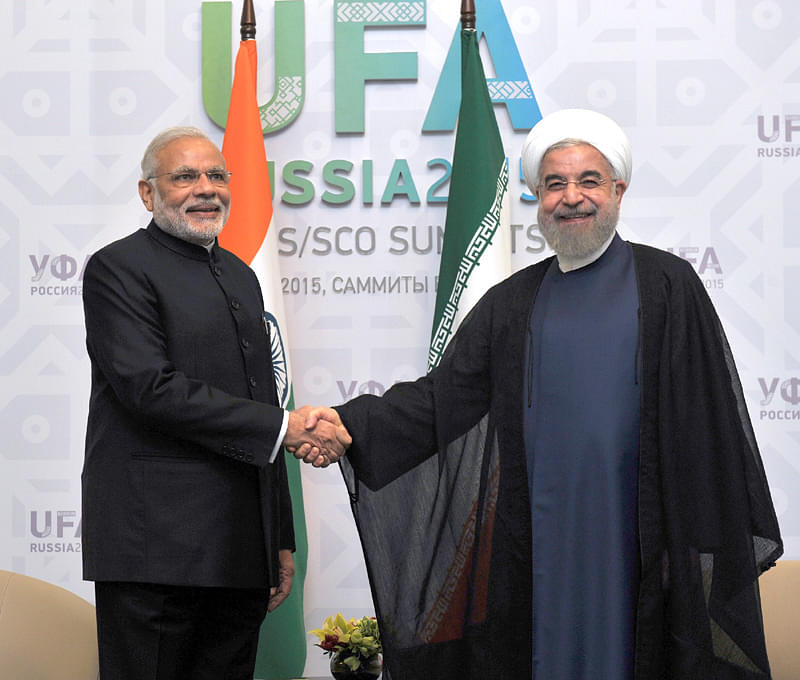 Consider this: just days after Prime Minister Narendra Modi concluded his 5-country Central Asia tour, Iran emerged out of long years of imposed isolation and sanctions by concluding a nuclear deal with the UN permanent five plus Germany. For India, things could not have turned out to be more fortuitous strategically, or tactically even – as it happened almost in parallel with the Prime Minister’s visit to Central Asia. Having walked a very fine diplomatic line for over a decade now, in terms of its bilateral relations with Iran and the multilateral sanctions imposed under American, India is now poised to reap the benefits of its carefully sustained diplomatic posture.

Pragmatism will be the order of the day, going forward. Neither Indian businessmen, nor our diplomats, should harbour illusions about prospects for economic or strategic benefit deriving directly as a consequence. In short, there will be no favours from Iran. Each strategic gain will have to be nurtured over time, and every economic benefit that it is possible to extricate will have to be scrummed for. And there will be a lot of new players in the game. That is what the Iran-US deal was about – the levelling of a playing field (the Iranian market and geo-political space) that was becoming overly skewed.

The reintegration of Iran into the world’s economic and political space means, essentially, that there will be no impediments to trade. This will open up tremendous opportunities given that Iran’s primary exports are oil and gas, and through an area that is the most strategic of energy supply choke-points – the Strait of Hormuz. There is plenty of room here for India to develop advantages that it has long cherished – everything from diversification of fossil fuel imports without having to contort itself diplomatically, to the opening up of a new and simple overland trade route to Central Asia and Europe through Iran – rather than though Pakistan and Afghanistan.

On its part, Iran readily indicated that it is prepared to move forward rapidly and positively on the business front with India. Signalling that it is a “golden time” in terms of possibilities, Iran’s ambassador in New Delhi, Gholamreza Ansari, told Reuters on July 17: “Connectivity is the main policy of Modi that coincides with Iran’s government policy..We have offered them, in connectivity, $8 billion of projects.” He pointed out, nevertheless, that “if they (i.e. Indians) drag their feet, the market will not wait”.

Despite the matter of fact tone, there has also been a warmth towards India that must not be ignored. The ambassador has stated to the media that Indian investment would be welcome even without a bidding process, recalling that during periods of difficulty for Iran arising from the sanctions, New Delhi was very co-operative despite our own compulsions.

The connectivity that Ambassador Ansari was referring to is of course connectivity to Central Asia, and even to Europe overland. It is in this context that Prime Minister Modi’s visit to Central Asia was a powerful reiteration of our growing interest in that area. It is important to note that since the collapse of the Soviet Union in the early 1990s, successive Indian governments have steadily expanded our engagement with the Central Asian countries, albeit slower than we could have.

It is now, however, that the main chance has arisen. Regardless of positive notes and warmth, however, there should be clarity on the Indian side that economic interest will soon supersede sentiment. There will in short order, perhaps shorter than we anticipate, a new mindset will take hold in Tehran and Central Asian capitals arising from the emerging possibilities – i.e. that they have more options now than they did a few months ago. It is rational, and must be accounted for in our thinking.

For India, the opening up of Iran as a market and a trade route and as a supplier of energy presents new options too, many with strategic implications, primarily in terms of our access to Central Asia, but not exclusively so. There is no reason to not take advantage of these prospects and activate these options as required. We are well positioned. The opportunities are ours to win, or ours to lose.