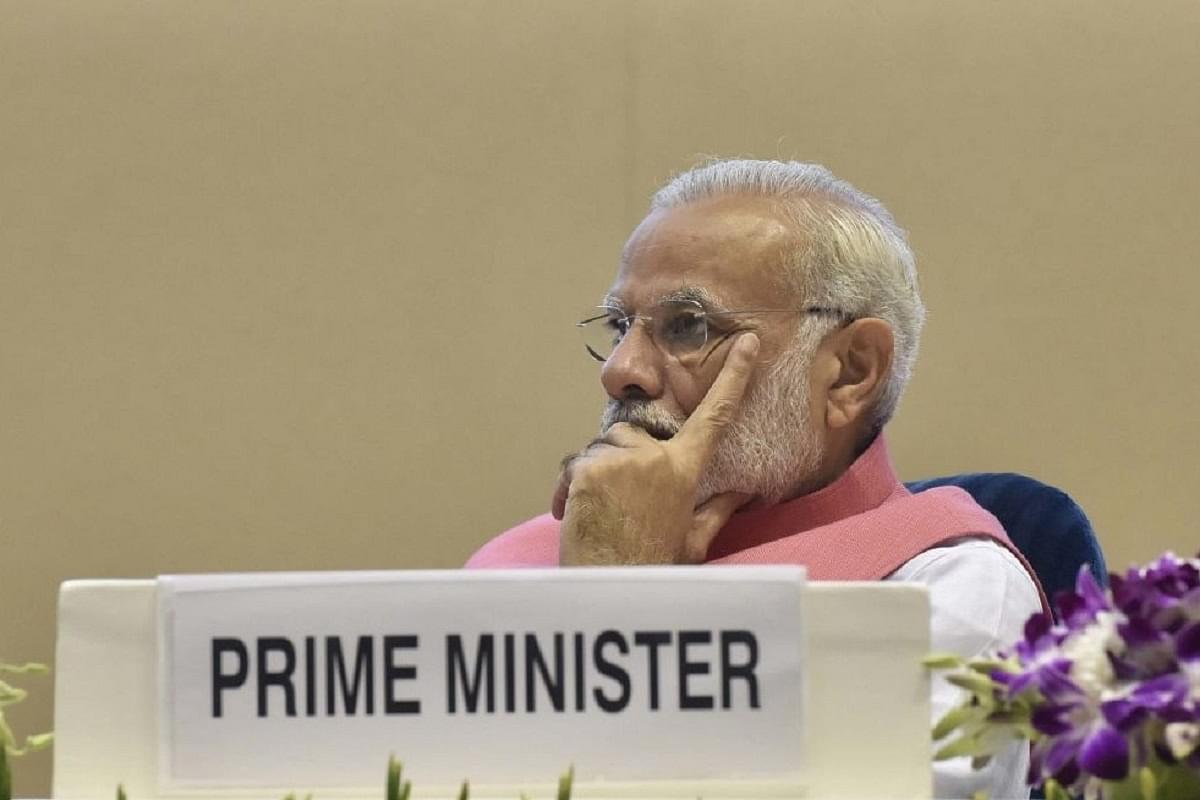 The European Union, NATO and the US want India to adopt a tougher line on Russia after it launched an attack on Ukraine on multiple fronts. Prime Minister Narendra Modi, in his talks with Russian President Vladimir Putin yesterday (24 February) called instead for an immediate end to violence. He didn’t go anywhere near condemnation of Russia. This ambiguous neutrality in the Russo-Ukrainian war is the right strategy for us right now. Neutrality in this case means a covert tilt towards Russia, whose invasion we have declined to condemn, and this is what is needed. India has strong security and defence relations with Russia, and these cannot be sacrificed merely for moralistic reasons.

India has nothing to gain from a Russian loss of face or even defeat, which cannot be ruled out if Putin has miscalculated. If that happens, the only beneficiary will be China and NATO, and that is not a good outcome for us. Neither the European Union nor the US has ever backed Indian interests at any time, especially when it comes to helping us politically against a Pakistan-China axis of evil. All we get to hear are lectures on democracy and preventing Islamophobia in India. There is an implicit assumption in the West that the Kashmir dispute has to be “settled” by us to end Pakistani terrorism despite the fact that Pakistan has been incubating global terrorism that has even impacted the West.

The West does not seem to know why it is opposing Russia, even though defence of the smaller Eastern European nations is important. It is actually in the West’s interests to “settle” with Russia, so that both Eastern Europe and Ukraine can be protected, but Russia will not agree to this on the basis of maintaining the status quo, which means NATO expanding right upto the frontiers of Russia. Ukraine has become a flashpoint and trigger for Russian aggression precisely for this reason. If NATO expands to Ukraine, it immediately impacts Russian security interests.

The West can argue that Putin is dreaming of recreating the old Soviet Union and a new kind of Warsaw Pact on its western borders, but some form of buffer zone of neutral countries on Russia’s borders is vital to the latter’s security, too. For the West to believe that only its security matters and not that of Russia is hypocritical.

Looking at it from a larger, longer-term perspective, India and the US and Europe have common interests in Russia.

First, it is in both our interests to pry Russia away from China’s embrace, and link Russia firmly to Europe and the rest of the world through trade and other ties.

Second, Russia is a middling economic power and a military and cyber superpower; its economic rise depends on friendly ties with Europe and America. This rise need not be a threat to western and Indian interests, since it will – at least initially – give China a cause to worry about its northern borders, and restrain it from threatening its smaller neighbours on the South China Sea or Taiwan.

Russia’s rise can be managed sensibly only if Russian security interests are guaranteed. The West can agree to this help provided Russia, in turn, agrees to respect the neutrality and sovereignty of its smaller western neighbours, from Poland to Ukraine to Finland and the three Baltic states. Finland and Austria were two cases from the Cold War era in which the west agreed to such a handsoff deal. This can happen again in Ukraine if only the West can see beyond its nose.

Third, the West needs to stop being an eternal critic of Putin and his autocracy. Russian democracy will start flowering only when Russians see their economic situation improving, and that is not going to happen if the West is going to endlessly see Russia as an enemy and threaten harder and harder sanctions. Sanctions will seal the autocratic alliance between Putin and Xi Jinping, which means Taiwan and India will be the next targets. Targeting Russia sets the stage for a rise in China’s hegemonic power in Asia, and this is not in the West’s interest.

The EU and Nato have no business asking India to condemn Russia’s invasion of Ukraine when it will do no such thing to back India on Kashmir, or take a tough stand against China’s occupation of slices of Indian territory and massive military build-up on our borders. Nor does it have any right to interfere in our internal affairs in the name of democracy and preventing alleged Islamophobia. The concerns of India’s Hindu majority apparently can be sacrificed without a thought.

On our part, the Indian government needs to make its case for protecting Hindu interests openly, directly and cogently to the world. The West simply does not understand that our “secular” Constitution is structurally anti-majority for the simple reason that Hinduism is not a religion in the Abrahamic mould. It is a loose aggregation of sampradayas, tribal and non-tribal traditions, and bound by little more than a belief that all paths to truth and god are valid. But that needs a government that actually understands what needs to be said to the West, and not one that is willing to sell its own interests down the river for ephemeral pats on the back for good behaviour.

At least on the security front, we have stopped playing the moral tunes of Gandhi and Nehru. We now need to do the same for our civilisational rights. Dharma has only one country batting for it. The Abrahamics have the majority of countries on their side.

This asymmetry needs to be corrected.

On Ukraine, we can empathise with its hapless people, but our interests come first. Russia's rise is more in our interest than commiserating with the Ukrainians.