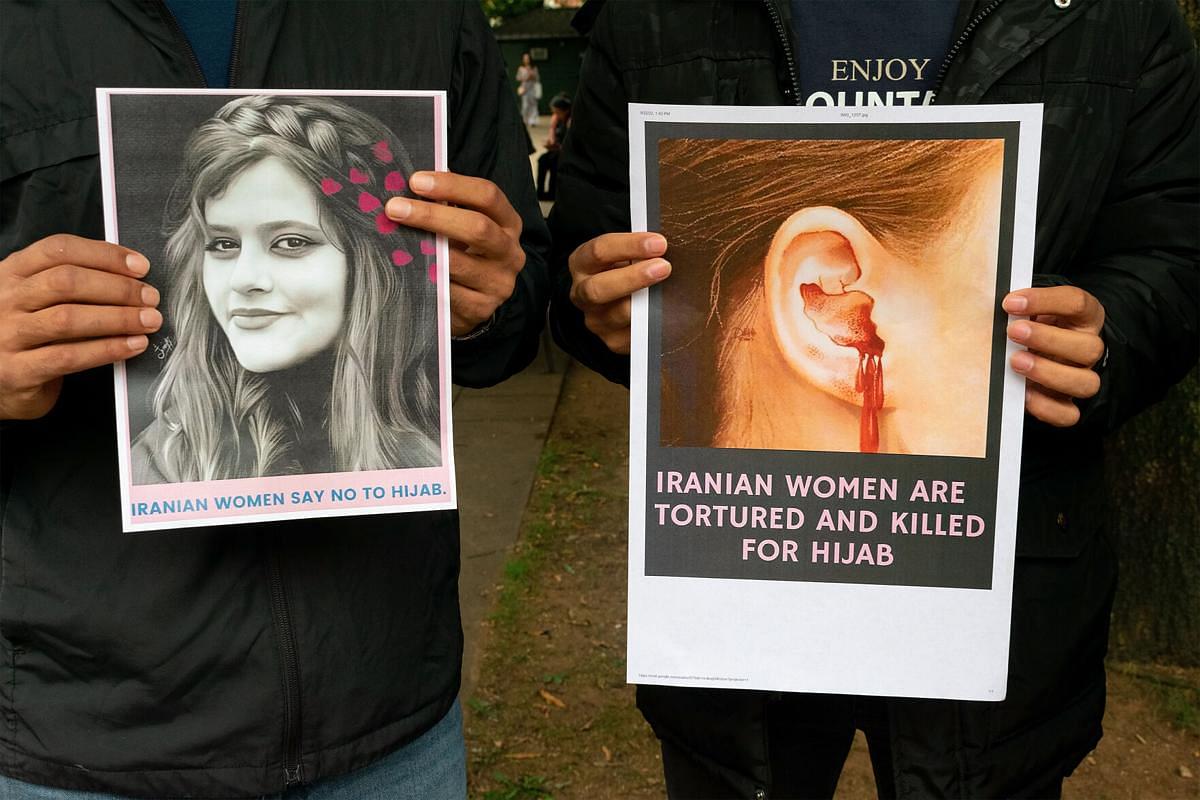 Iran's anti-hijab protests have entered their 5th week with the death toll touching 233. Amongst the 233 dead, 38 were under the age of 18, as per information by US-based rights monitor HRANA.

Meanwhile, Iran's notorious Evin prison, where political prisoners and anti-regime activities are held, witnessed a huge fire blaze, as per reports from AP, resulting in 60 injured and 4 dead.

According to Iran’s state-run IRNA, there was a conflict between prisoners and security personnel. The blaze reportedly started as a result of prisoners setting a warehouse containing prison uniforms on fire.

Soon, protests started on the streets chanting "death to the dictator!" whilst burning tires. Protestors across Iran are saying that this is no longer a protest against hijab but a protest against the Islamic regime.

Make no mistake, protesters in #Iran are calling for an end to their theocratic system. Slogans include âWe donât want an Islamic Republic,â & âMullahs must get lost.â Theyâre burning images of Khomeini.
Please cover what is happening on the ground accurately

Gunshots were heard inside the prison, as a result of armed conflict breaking within the prison walls.

Protests broke out in Iran after 22-year-old Mahsa Amini died in police custody, where she was taken due to wearing hijab 'improperly'. Iran introduced a law, four years after the Islamic revolution that mandated all women must wear a hijab.

Her family has said that her body has bruises and other signs of beating.

Iran's supreme leader has claimed that the protests are being organised by Iran's enemies whereas protestors are saying that they are not against Iran, they are against the Islamic revolution.

The protest has reportedly turned from anti-hijab protest to protest against the Iranian regime as many other sectors of the society such as oil workers have also joined the protest movement.

The Evin prison which was set ablaze on Saturday has been under the US sanctions list since 2018 as Washington DC believes that “prisoners held at Evin Prison are subject to brutal tactics inflicted by prison authorities, including sexual assaults, physical assaults and electric shock,” as per statements by the US Treasury Department.