Is Nepal Turning Into The Next Big Headache For India? 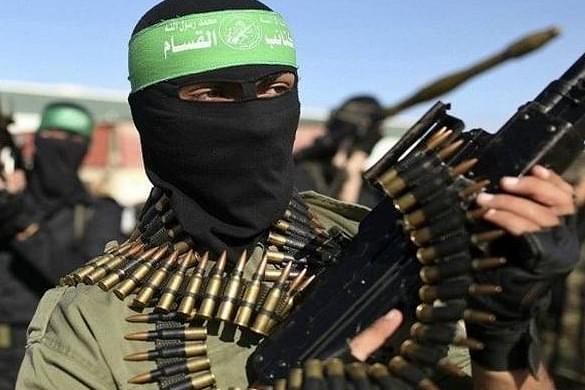 Is Nepal fast becoming a haven for Pakistan-backed terrorists planning attacks in India?

Nepal is moving steadily and firmly into China’s vicious orbit, and that spells bad news for India on multiple fronts. Of primary and renewed concern for India is Nepal turning into a haven for Islamist terrorists fleeing India or waiting to get into India to carry out terror attacks.

According to the latest intelligence reports, Islamic terrorists with strong links to Pakistan have started finding shelter in Nepal. While such terrorists had always managed to sneak into Nepal and stay there undetected, what has changed over the past few months is the stark transformation in Nepal government’s attitude towards them. The marked change, says Indian intelligence agencies, has occured after Nepal Communist Party (NCP) came to power in February this year. NCP co-chairman and Nepal Prime Minister Khadga Prasad Sharma Oli is known to be anti-Indian and is determinedly taking his country into China’s orbit.

A case in point, and one that was designed to send a strong but subtle signal to India, was the martyrdom conferred on Kurshid Alam Ansari, who was gunned down in Nepal’s Sunsari last week. Ansari was an Indian Mujahideen (IM) operative, who used to run a school in Sunsari, and was wanted in India for hosting IM fugitives and arranging fake documents for them in Nepal. India had requested for his extradition 10 years ago, but the then communist government had turned it down. Instead, Ansari was awarded membership of the hardline Communist Party Of Nepal-Unified Marxist Leninist (CPN-UML) which merged with the Communist Party of Nepal (Maoist Center) (CPN-M) to form the NCP.

China had brokered the merger between the two communist parties in the Himalayan nation and its announcement about a year ago had caught everyone, including India, by surprise. Since then, it was widely expected that if the unified communist party came to power, it would take Nepal into China’s orbit. And that is exactly what has happened after the communists swept the polls earlier this year. Nepal has, since then, strengthened ties with China and inked agreements to accept infrastructure and power projects funded by Beijing as part of its controversial Belt and Road Initiative. Nepal has also been snubbing India and its last-minute pull-out from the BIMSTEC military exercise initiated by India earlier this month has been one in a series of pinpricks administered by the Oli government.

What has, however, caught New Delhi by surprise is the complete reversal of Kathmandu’s earlier policy of discouraging fugitives from India finding shelter in Nepal. In the past, Nepal used to quietly hand over such fugitives to India or drive them out of the country. Though Ansari was allowed to settle down and start a business in Nepal under the communists who were in power then, it was a largely one-off case and subsequent governments remained sensitive to India’s concerns. But now, say Indian intelligence agencies, this policy has been reversed and not only Islamic terrorists from India, but also those bred, trained and armed by Pakistan to launch attacks in India at opportune times are slowly finding shelter in Nepal.

This, say top intelligence sources, is happening at China’s behest. “China will be happy to see Nepal turning into an anti-Indian state like Pakistan. Beijing is leaning heavily on Kathmandu to allow anti-Indian Islamist terrorists and elements take shelter in Nepal. The India-Pakistan border is heavily guarded and infiltration of terrorists from Pakistan is becoming increasingly difficult. But the 1758-kilometre long Indo-Nepal border is extremely porous and scantily guarded. So terrorists and anti-Indian elements will find it very easy to infiltrate into India from Nepal and again return to Nepal after carrying out strikes in India,” said a top Intelligence Bureau officer.

Surveillance on Pakistan by the United States and some other Western powers has increased over the last couple of years and Islamabad is facing intense scrutiny over its role in supporting terror outfits and terrorists. To protect its satellite client state (Pakistan), China has now reportedly pushed Nepal into accepting these Pakistan-trained terrorists. According to intelligence reports, quite a few of these terrorists have entered Nepal through the Tibet Autonomous Region (TAR). There are also reports of a few from the senior ranks of some Pakistan-hosted terror outfits flying into Kathmandu from Gulf nations and also from Southeast Asia (there are no direct flights between Pakistan and Nepal and travellers have to fly to hubs in the Gulf countries or Southeast Asia and then take connecting flights to Kathmandu) in the recent past.

Indian sleuths think these terror outfit leaders were on scouting missions in Nepal. “They had perhaps gone to Nepal to interact with some high-ups in the current administration and also to re-establish old linkages. We have reports of some of these terrorists visiting areas close to the Indo-Nepalese border,” said an officer of the Research & Analysis Wing (RAW). Pakistan has long been active in Nepal and Indian intelligence, in coordination with Nepal authorities, have been busting Pakistan-sponsored terror cells in Nepal (read this report). “But of late, ISI has become very active in Nepal and unlike earlier, we are not getting cooperation from Nepalese authorities and their agencies. There is a marked shift in the attitude of the Nepalese establishment in cooperating with us,” said the RAW officer.

An indication of an escalation of Pakistan’s footprint in Nepal came soon after the communists came to power with two minor bomb blasts targeting Indian establishments in Nepal. Since then, Pakistan’s complicity in pushing Islamist terrorists it has bred, trained and armed on its soil into Nepal has only increased. RAW says that ISI’s presence in the Pakistani embassy in Kathmandu has increased appreciably and these ISI functionaries have been touring many Muslim-dominated areas in Nepal very frequently. “They are definitely facilitating the setting up of shelters and covers for Islamist terrorists that Pakistan will push into Nepal,” said the RAW officer.

China, say Indian intelligence officers, is encouraging Nepal’s communist rulers to accommodate Pakistan and allow the ISI a free run. “China’s intention in doing so is to increase India’s headache and force India to spend more resources and attention on a new front (Nepal). And given the long, unguarded Indo-Nepalese border, it will be very difficult for India to maintain constant vigil and thwart operations by Islamist terrorists sheltered in Nepal,” said the RAW officer.