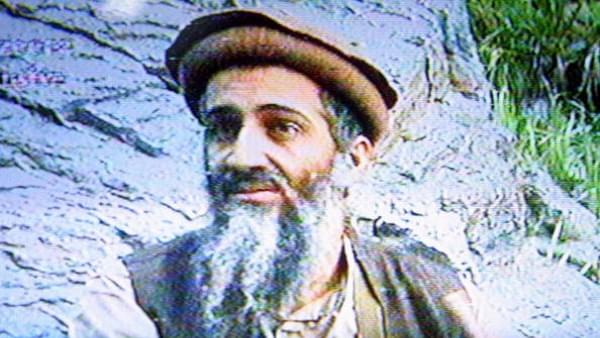 More than 100 days had passed since al-Qaeda had carried out the biggest terror attack on American soil, killing 2,977 people. The world was struggling to come to terms with the fact that a bunch of terrorists hiding in the caves of Afghanistan had launched such a daring attack on the world’s most powerful country. The terrorists expected retribution, but when they saw those planes striking the twin towers in New York and people jumping off them, they knew it was going to be like nothing they had ever faced before.

The United States (US) was hell-bent on bombing Afghanistan back to the Stone Age if that’s what it took to send Osama and Co to Jannah. The American military had launched a war on both al-Qaeda and Taliban, which was ruling the country at the time. The indiscriminate bombing of their strongholds was in full swing by the second week of December.

Let’s pause for a moment and recall what else happened at the time. On 13 December, Jaish-e-Mohammed terrorists launched an attack on the Indian Parliament around noon, led by a useful idiot from Kashmir. Useful idiot because, as it turns out, this Inter-Services Intelligence-sponsored attack was nothing more than a diversion, a part of a grand design to save Osama from the wrath of the American military. Or, at least, this is what Adrian Levy and Cathy Scott-Clark, authors of The Siege: 68 Hours Inside The Taj Hotel, have to say in their new book on Osama’s years in hiding.

Osama was hiding in Tora Bora, a black cave complex in Spīn Ghar, or the white mountains, near the Khyber Pass, which links Afghanistan and Pakistan. That Osama was so close to the border and could easily slip away into Pakistan’s tribal areas and disappear was not lost on the Americans. Levy and Scott-Clark write that to make sure this didn’t happen, the Central Intelligence Agency station chief in Islamabad, Robert Grenier, asked his seniors for the stationing of a few thousand US troops in the white mountains. His request was denied, which left them with no choice but to hire Pakistani troops in exchange for money to do the job. Six-thousand Pakistani soldiers under the command of Lieutenant General Ali Jan Aurakzai were stationed near the al-Qaeda posts to stop Osama from crossing the border.

Osama was feeling the heat as more and more of the al-Qaeda terrorists were dropping like flies. Quoting Dr Ayman Batarfi, who was tending to patients in the caves, Levy and Scott-Clark write that there were only 200 terrorists and 16 Kalashnikovs left. Then, on 9 December, the US detonated the 15,000-pound BLU-82 Daisy Cutter. Describing the impact of the bomb, the authors write:

Unused since Vietnam and Laos, the Daisy Cutter was so huge it had to be rolled out of the plane. When it detonated in the air on December 9, it shook the mountains for miles around and the radio once more provided insight: an Al Qaeda fighter hollering for assistance and for the “red truck to move wounded.” Another reported: “Cave too hot, can’t reach others.” Everything was melting and burning or crumbling.

The Exile: The Flight of Osama Bin Laden

Levy and Scott-Clarke cite CIA sources, writing that the American forces were as close to Osama’s location as a mere 30 feet. But on 12 December, Osama managed to secure a ceasefire with the Americans on the promise of negotiating his surrender in a few hours. It was never to be.

On 13 December, the attack on Parliament by ISI-funded terrorists led to India’s unprecedented military build-up on the border with Pakistan. The 6,000 Pakistani soldiers stationed to stop Osama from entering Pakistan were conveniently removed to be shifted to the eastern border.

Could Jaish have attacked the Indian parliament without their sponsors in the ISI knowing about it? Grenier fumed. Was the timing some kind of terrible coincidence? It was difficult not to see this as a deliberate ruse to allow Osama bin Laden to escape from Tora Bora into Pakistan.

The Exile: The Flight of Osama Bin Laden

The rest is history.