Israel Versus The Rest: The Ugly Side Of International Football 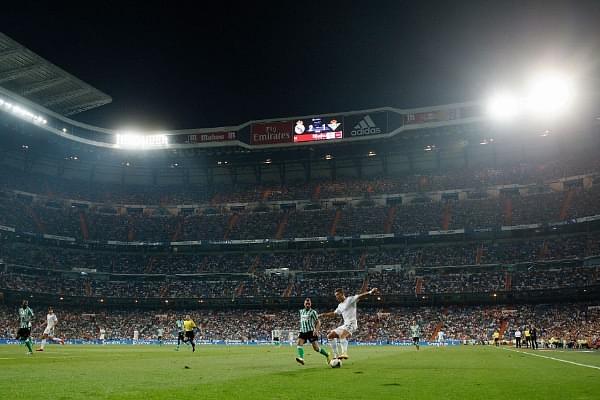 France are not done celebrating their recent success at the World Cup in Russia, but football fans already have their eyes turned towards Qatar, the hosts of the biggest tournament in sports for 2022.

FIFA, or the Federation Internationale de Football Association, the international governing body for football, has declared its intent to expand the competition to 48 countries from the present 32, which was itself an increase from 24 until 1998.

Attention is now fixed on the tiny Gulf monarchy and the World Cup it intends to host for another reason – the average temperature during June and July, when the World Cup is usually held, can soar up to 50°C, making it not just difficult but dangerous for players to perform. The proposal is to shift the event to late November when the weather would be more amenable, but this clashes with club football season in Europe and South America; FIFA has been in negotiations with them to accommodate the World Cup and allow players to go and represent their countries.

To the relief of fans, the Islamic country is also setting up dedicated zones for fans around the stadia where alcohol consumption is not prohibited.

The selection of Qatar to host the 2022 World Cup is interesting not just for the change in the format of the tournament it promises to bring or the reworking of the logistics of international football but also because it also brings to the fore the internationally less condemnable iniquity of anti-Semitism. During the bidding process, to strengthen its chances of being selected as hosts, Doha had to categorically state that the Israeli team would be allowed on Qatari soil were they to qualify for the championship. To be fair, were Israel to qualify, it would not be the first time Israeli athletes have competed in Qatar though it remains exceedingly rare.

Qatar does not officially recognise the State of Israel though trade relations were established in 1996; business, however, remains around a paltry $1 million.

Listening to passionate fans discuss football may well be a lesson in geopolitics for the uninitiated, if not at least history. Israeli football takes that to an altogether different level. The Jewish state joined the Asian Football Confederation over the protests of many of its Muslim member states in 1954. In response, a large number of Asian Muslim countries boycotted Israel’s football team in tournaments. This created embarrassing situations such as in 1958 when Israel qualified for the World Cup without having played a single match after Turkey, Indonesia, and Sudan chose to forfeit their matches against Israel. FIFA hurriedly arranged for a play-off between Israel and Wales so that the qualifier would have played at least one game on the way to Sweden, the hosts that year; Israel lost and failed to qualify.

Israel were runners-up for the AFC Cup in 1956 and 1960, finally winning it in 1964 but only after 11 of the 16 participants pulled out – the Jewish state’s hollow victory came from defeating minnows like India, Hong Kong and South Korea. Iran, which had refused to play Israel that year, ironically won the first of their three consecutive Asia Cups by defeating Israel in the finals in 1968. In a promotional video about the history of the Asia Cup released by the AFC in 2015, the organisation shamelessly made no mention of the tournament in 1964.

Israel qualified for the World Cup in 1970 but again, its path was marred by politics – North Korea refused to play in Israel and was disqualified. Although Israel finished at the bottom of their group, they managed to hold Sweden and football powerhouse Italy both to a draw in Brazil.

In 1974, Israel was expelled from the AFC after a motion led by Kuwait found 17 supporters against 13 naysayers and six abstentions. In 1994, Israel was finally admitted into the Union of European Football Associations (UEFA) but not before they played in World Cup qualifications in East Asia for 1978, Europe in 1982, and Oceania in 1986 and 1990. Meanwhile, the Palestinian Authority has been trying for years to have Israel expelled from FIFA altogether.

The two other anomalous members of UEFA are Turkey and Kazakhstan: the first might be understandable as it is, technically, a transcontinental state, but the latter, as a landlocked Central Asian state which shifted from the AFC to UEFA in 2002, remains a bit of a mystery.

Israeli football officials remain adamant that they are not interested in returning to the AFC but the fact remains that Israeli footballers have faced occasional anti-Semitism during their matches in Europe. In 2003 in Bosnia, for example, spectators chanted “Sieg Heil!” and in 2013 in Budapest, the crowd shouted “Heil Benito Mussolini” and called the team “stinking Jews.”

From the angle of the sport itself, Israel’s chances of qualifying for the World Cup from Europe diminish significantly because the continent is home to most of football’s powerhouses – just England, France, Germany, Italy, and Spain have won between themselves 12 of the 21 titles since the beginning of the tournament in 1930. Some of Europe’s teams that fail to qualify could easily win against the best teams of Asia despite FIFA’s regional representation calculus allocating over thrice the spots (six times before 2006) for Europe than for Asia. Israel’s record against Asian teams, on the other hand, has been much better.

Israel’s footballing story ought to lay to rest any notion that sports help build bridges and mend fences between hostile nations. International attention is no less motivated and focussed on issues of political convenience. For example, while FIFA has generally kowtowed to the majoritarian impulses of the Muslim members of the AFC, there has been no outcry over the daily human rights abuses in the same countries that call for Israel’s boycott.

For a month and a day, the world revelled in the beautiful game in Russia. Yet a closer look at the World Cup and its history reveals the ugly tentacles of non-conventional warfare Islamic states and their fellow travellers have long waged against Israel without any reprobation from the international community. The message is clear – there is no purity of sport, nor is there any cost for targeting the Jewish state in any way whatsoever.