Misunderstood History: The “Liberal Order” Has Been Challenged Repeatedly, Not Just Now 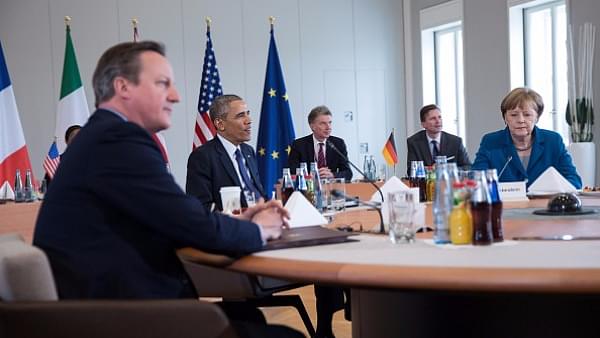 Tomorrow (31 May), I am attending a conference that deals with the decline of Western “liberalism capitalism” and how it should be arrested. In the past year, I have been submerged with articles and books that discuss the same topic. They come from all parts of social sciences: economics, politics, sociology, anthropology, geopolitics… It seems that you cannot write anything meaningful today unless you first address “populism” and the crisis of “liberal democracy”.

Throughout all of this, I have had a strong feeling of “unreality”. Not only because the people who write about the crisis live the lives that are, by far, the best lives in the history of humankind, but that the talk of the crisis seems vastly exaggerated. And I was wondering where does this extravagant fear, “the end is nigh”, come from. The cause, I think, is twofold: lack of knowledge of history and, more importantly, the Fukuyama-like narrative of post 1989 triumphalism.

The post-1989 narrative that was, often for self-serving reasons, promulgated in both the academic and popular circles in the West (and in the former Eastern bloc for obvious reasons) saw the period after the end of Second World War as a victory of liberal capitalist democracy that was not allowed to take place in some parts of the world because of the imposition of Soviet “glacis”. Once the Soviet pressure relaxed all these countries, and of course all the others (according to the triumphalist narrative) from Iraq to China, saw, or will soon see, the advantages of liberal capitalism and adopt the system. It was a very simple and seductive narrative. While Fukuyama’s original essay was based on important, Hegelian historical and ideological precedents, it gradually got watered down into a simplified Hollywoodesque story of a battle of good and evil – where it was even incomprehensible how the “evil” (except for its intrinsic “evilness”) was able to put up such a good fight for decades.

In reality, as even amateurish students of European history know, that narrative is deeply flawed. Europe, as it emerged after the Second World War with fascism defeated in Germany and Italy, but its many tentacles present all over Europe, was internally deeply divided between the democratic and Communist factions. The former eventually prevailed, but after having to keep in check, and often by very brutal and undemocratic means, one-quarter of the electorate in France and Italy, large organised trade unions linked with Communist and socialist parties in most of Continental Europe, all the while supporting capitalist dictatorial regimes in most of the Mediterranean Europe and in places as far away as Chile, Guatemala, Taiwan and South Korea. And not to mention fighting innumerable colonialist and post-colonialist wars where the “liberal democracies” invariably and not accidentally supported the “bad” guys : from Mobutu in Congo to Holden Roberto in Angola.

“Liberal democracy” was in a continual crisis, fighting for its mere survival, buffeted domestically by strikes, wage demands, RAF and Brigate Rosse, and internationally by the challenges of the Third World emancipation and Soviet influence. It fought off all challengers and survived, not because everybody, as the triumphalist narrative would have it, saw that it was a more “natural” system, but because it used power and intimidation on the one hand, and superior economic performance for the masses on the other. In 1945, the chances of democratic capitalism winning over the Soviet system were 10 per cent (read Schumpeter); in 1965, they were 30 per cent (read Samuelson, Galbraith and Tinbergen); in 1975, they were 60 per cent; by 1985, they were 90 per cent; and in 1989, it won. So at the end, the system that, up to the mid-1970s, did not even dare mention its name (“capitalism”), because it was used only by the left and only as a term of opprobrium, could openly declare what it was and hyphenate it, dubiously, with the adjective of “liberal”.

When you have in your mind this (I think) much more accurate narrative of the past half-century, the current crisis can only be seen as one of the many crises of capitalism. Like a swimmer that at times goes down under water when the winds are high and then re-emerges when the winds die down, liberal capitalism is now going through one of its periodic episodes of withdrawal and weakness. There is no guarantee that it will emerge victorious from this one – it did not in 1917, nor in 1922, nor in 1933 – but it allows us to think of the problem much more clearly than if we view the world through the misleading lenses of a continuous and conflictless march toward the chiliastic reign of democracy and “liberalism”.

This is where unfortunately the vulgarisers of Fukuyama terribly misled the young Western generation. Having had no direct experience of attractiveness and importance of nationalism, Fascism, populism or Communism (the Orwell of “Homage to Catalonia” is never mentioned, but the Orwell of the “Animal Farm” is known by all.) they imagined that no rational human being could ever entertain such views. They imagined that such beliefs had to be imposed from without – by the use of extravagant force. So, they believed (in part because it also economically suited them as many of them came of age in the last decade of the twentieth century), that the foreordained teleological march towards the system about which their parents and grandparents entertained serious doubts, could no longer be forestalled. When the march deviated from the planned course, they panicked. But they should not. They should look back at history: historia magistra vitae est.

This piece was first published on the writer’s blog, globalinequality, and has been republished here with permission.