Modi Has Rolled Out The Red Carpet For The US President, Not The Republican Party Candidate 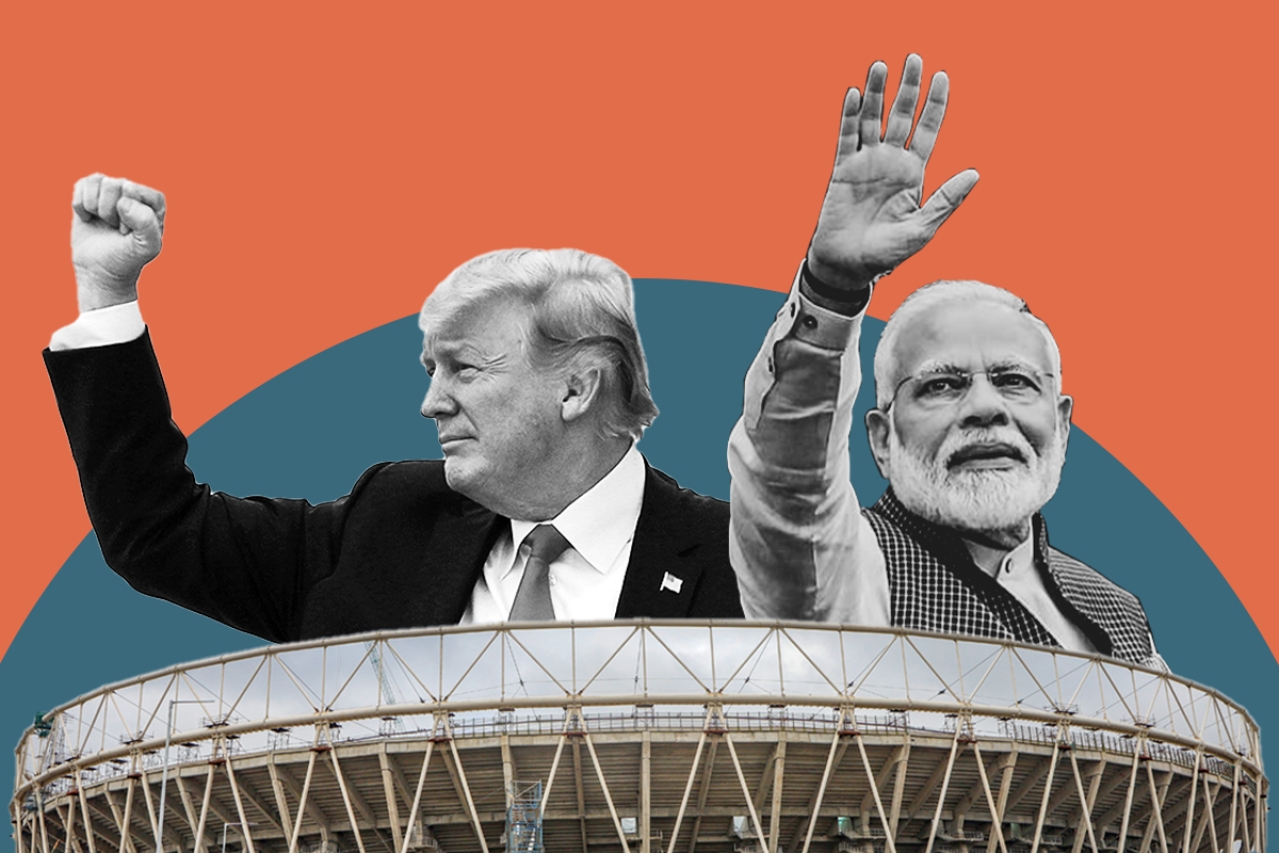 The US president Donald Trump has arrived in India, for what promises to be a spectacular visit. However, in the run up to the visit, questions have been raised over the outcomes as well as the timing of his trip.

Some have tried to paint the visit as superficial, after it became clear that a trade deal is not on the cards.

It has also been argued that by choosing to make this visit during an election year, Trump is trying to merely use it to win support from the Indian-American citizens back home in the US.

Leading the scepticism has been the Congress party, which said the visit should not become an extension of the US presidential campaign and also found fault with what it called an “extravagant and unprecedented welcome”.

However, such interpretations of the visit reflect an underestimation of the wider context of the US-India relationship, particularly in the strategic sphere.

Moreover, they wrongly assume that the onus of maintaining a bi-partisan consensus within the US over its relationship with India, lies exclusively on the latter. Instead of letting any undue hesitation come in the way, India has done the right thing by throwing a grand welcome to the US president.

While under-appreciating the strategic dimensions of the US-India relationship, recent foreign policy commentary in India has also been obsessed with the politics of the visit, with some arguing that the visit might disturb the bi-partisan consensus that the Indo-US relationship enjoys within the US.

Some have particularly flagged the ‘Namaste Trump’ event in this regard, arguing that this may come off as an endorsement of Trump ahead of the presidential election later this year.

However, such arguments are either exaggerated claims or are based on a complete misreading of domestic politics in the US.

Events like ‘Namaste Trump’ or ‘Howdy, Modi!’ are today an integral part of the Indo-US diplomacy, in which people-to-people ties have assumed greater centrality than in the past. In particular, the Indian diaspora in the US is a thriving link between the two nations.

However, it must be understood that even though the Indian-American community in the US is more influential and vocal today than in the past, its electoral weight remains limited.

Nevertheless, efforts by presidential candidates to woo this population is a welcome development for their interests.

If Trump happens to seek good optics in India, with an eye on how they play out back home, the Indian foreign policy commentariat doesn’t have to be defensive about it. So long as we don’t lose sight of the bigger picture, we must not shy away from rolling out the red carpet for world leaders who wish to be seen sharing the stage with us.

A healthy competition among candidates to be seen as friendly with India augurs well for both the Indo-US relationship as well as the wellbeing of the Indian diaspora in the US.

At the same time, public events, either in India or the US, cannot be construed as endorsements, as the Indian Prime Minister neither has, nor will ever, comment on Trump’s standing in the domestic politics of the US.

Therefore, the argument that the current visit risks distancing us from the opposition Democratic party does not hold water.

Even as it pursued close ties with the Trump administration, India has always been proactive in engaging both sides of the aisle in the US. The latest example of this was foreign minister S Jaishankar’s engagement with US House Speaker Nancy Pelosi on the sidelines of the Munich Security Conference earlier in February.

Ironically, what most commentators have failed to realise is that the threat to the bi-partisan consensus over India within the US does not arise from a spectacle in Ahmedabad or Texas, but rather from the extreme polarisation in the US polity.

In a bid to appease the far-left and Islamist lobbies, some Democratic party leaders have resorted to targeting India over its domestic policies on Kashmir. While presidential nominee contenders like Bernie Sanders and Elizabeth Warren have made critical comments on India’s decisions on Kashmir in their speeches, others like Pramila Jayapal and Rashida Tlab moved resolutions in the House of Representatives a few months ago.

The resolution by Tlab particularly took an extremely hardline position, although it had no cosponsors. Tlab is part of the Democratic party’s “new left”, which includes the likes of Ilhan Omar and has been accused of pushing an Islamist agenda under the garb of being progressive. Even though the influence of such elements remains limited on the Democratic party’s broader policies, their ascendance is a worrying prospect for India.

More broadly, India must also be wary of the propensity of US politicians, cutting across party lines, to comment on our internal matters on the pretext of ‘values’.

Kamal Madishetty is a Researcher at the Institute of Peace and Conflict Studies, New Delhi. He is an alumnus of the Jindal School of International Affairs and IIT Guwahati. The views expressed here are his own. He tweets @KamalMadishetty

Get Swarajya in your inbox everyday. Subscribe here.
Tags:
176 Shares