Neighbourhood First: India, Nepal Bilateral Ties In A Transformative Phase, A Win-Win For Both 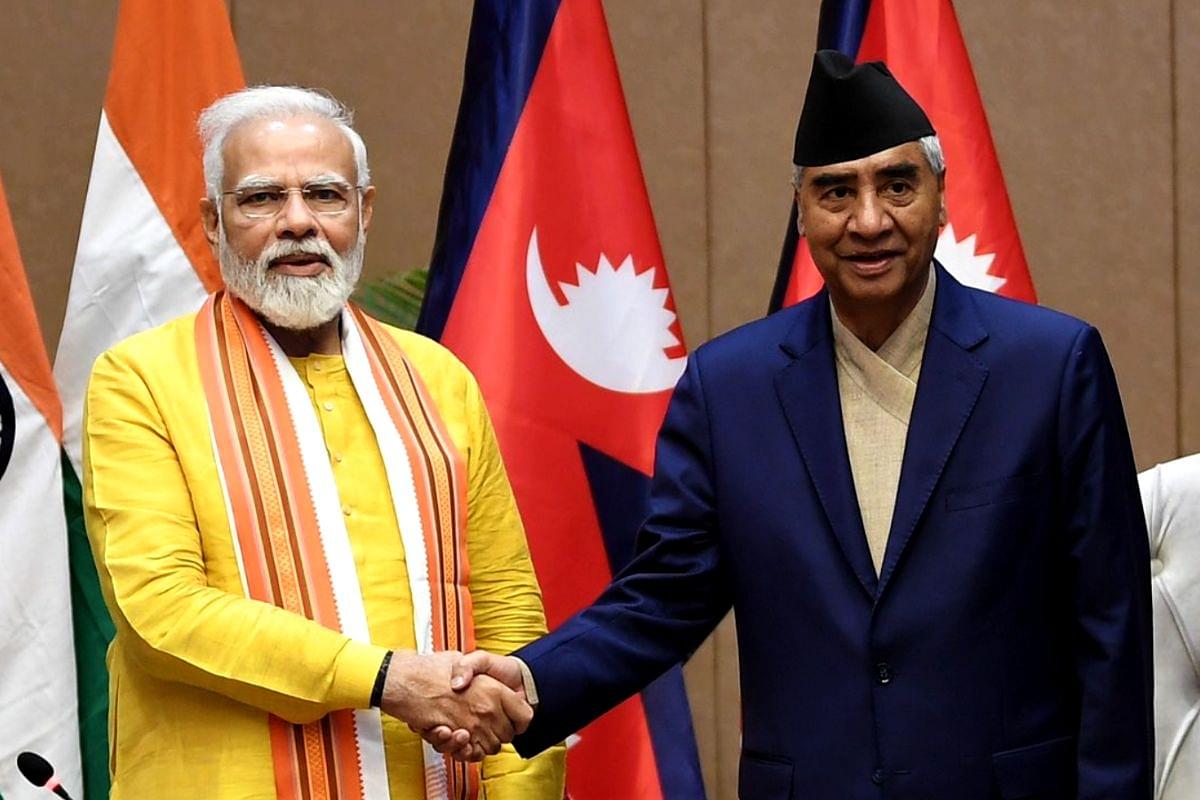 Prime Minister Narendra Modi's visit to Lumbini, Nepal in his fifth tour of the country since 2014 and in close succession to his counterpart Sher Bahadur Deuba's visit to India in the first week of April 2022, is not just a candid demonstration of the soft power that binds the two nations but also asserts India's 'Neighbourhood First' policy to powers keen to spread their influence in the region.

In the build-up of the mutually beneficial partnership, is an agreement for development of a 490 MW hydropower project Arun-4 worth Rs 4,900 crore in Nepal by SJVN and Nepal Electricity Authority (NEA) which is also in continuity of a solid partnership between the two countries in the field of hydropower.

The trade of hydropower energy between the two countries has also increased, including the export of energy from Nepal. During the visit of Prime Minister Deuba to India last month, India allowed export of about 360 MW of power from Nepal to India.

As a close neighbour and economic partner of India, the engagement between New Delhi and Kathmandu would be expected to reflect more strength, variety, assessment and alacrity -- whether it is development partnership, how connectivity projects are doing and what more can be done to connect the two economies.

Far from it, the potential remains untapped. Take the 5,600 MW Pancheshwar dam envisaged to ensure water supply for the Tanakpur side of Nepal during the lean season, which has remained incomplete till date. As informed by Foreign Secretary Vinay Mohan Kwatra last week during a briefing, discussions on Pancheshwar are still ongoing, with the Detailed Project Report of the project yet to be finalised.

During Prime Minister Deuba's visit last month, it was agreed that the two sides would instruct their respective bureaucracies and respective technical experts to expedite this issue and put it on a fast track so as to move towards finalisation of the DPR and the subsequent execution of the project.

India and Nepal need to move beyond the prolonged intent and take firm steps to bring the project to fruition. Modi and Deuba have also agreed on more participation by Indian companies in Nepal's hydropower development plans, and the onus is on India to give this an impetus.

In terms of trade, Nepal is India's ninth-largest export market with $9.6 billion of exports to the landlocked country in calendar year 2021 and an important destination for Indian investments. Indian firms account for over 30 per cent of the total FDI stock in Nepal, worth nearly $600 million. Yet, official data shows that in fiscal 2020-21 Indian exports to Nepal fell by 5.51 per cent and Nepal's exports to India had negative growth of 5.80 per cent.

With the region witnessing post-Covid recovery, an expansion of the trade basket works well for both countries. The two sides can explore some upcoming areas that may be attractive to Indian industry, such as medicinal and aromatic plants, pharmaceuticals and vehicle assembly which can be a potential area of collaboration, especially in the area of electric vehicles, where India is rapidly developing capabilities that can help Nepal drive sustainable goals.

On connectivity, while there has been headway in the first cross-border passenger railway service connecting India and Nepal in the Jayanagar-Kurtha section being flagged off by the two PMs during the Deuba visit, a key issue on the agenda would need to be bilateral cooperation in civil aviation which is governed by the India-Nepal Air Services Agreement signed on 16 February 2010 to facilitate air traffic between the two countries.

The last structured bilateral discussions on civil aviation cooperation were held on 21 December 2016 in New Delhi at the Joint Secretary level. A bilateral air bubble arrangement was agreed upon by the two sides in December 2020 to ensure aerial connectivity during the pandemic period. It would be beneficial for both India and Nepal to revisit the agreement and arrangements in sync with a post-Covid world and in a way to strengthen trade and business linkages.

Another big untapped opportunity for India and Nepal to forge closer ties and strengthen regional integration for mutual benefit is in the BIMSTEC- Bangladesh, Bhutan, India, Myanmar, Nepal, Sri Lanka and Thailand – group which recently adopted a Master Plan for Transport Connectivity in the Lanka summit in March this year.

It now needs a framework for its operationalisation that India and Nepal can work on developing. The region needs institutional infrastructure-building which, in turn, needs rationalising various areas of cooperation and implementing cooperation projects in a time-bound manner. The BIMSTEC region also needs to invest in technology-enabled infrastructure on a priority basis like high-speed internet and mobile connectivity which can bring India and Nepal to forge new areas of collaboration.

Most importantly, India and Nepal, along with Bangladesh, have agreed to open at least one or two transport routes for passenger vehicles under the banner of BBIN (Bangladesh, Bhutan, India and Nepal), a sub-regional initiative, in the next six months as decided at a meeting of stakeholders in March this year. India and Nepal can strengthen bilateral ties by opening up a track for consultations and pushing the project ahead for execution in the time range.

India, on its part, is keen to envisage that fintech corridors are established for facilitating trade, especially in faster payment settlements and reducing transaction costs involving other finance flows. The introduction of the RuPay Card in Nepal will add a new chapter to the financial connectivity of the two neighbours.

With a friendship sealed by relationships of their people, civilisational and cultural legacies and partnership in progress and development, India and Nepal are heading towards a transformative phase in their bilateral relations, which ensures a win-win scenario for both.

Also Read: China’s Bid To Stop Nepal From Accepting 500 Million Dollar US Grant Fails, But The Dragon Lurks Dangerously In The Shadows