Neither Bernie Sanders Nor Joe Biden, It Was A ‘Super Tuesday’ For Trump 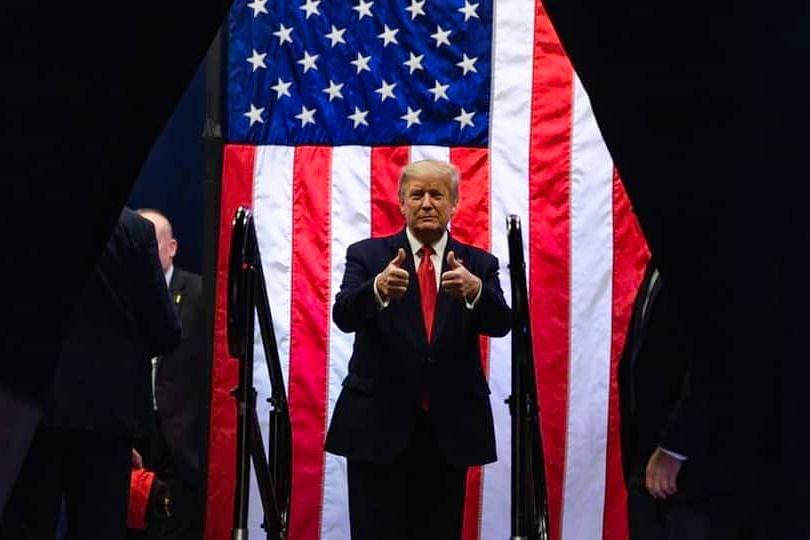 Last one week has been the most significant in the 2020 US Presidential election yet. Before the South Carolina primary on 29 January, Bernie Sanders seemed like the candidate to beat in Democratic primaries. After losing narrowly in the Iowa caucus, self-proclaimed ‘democratic socialist’ Sanders won handsomely in New Hampshire and Nevada.

These four are the standalone contests before ‘Super Tuesday’ when a number of states go to polls on a single day. In the Democratic Party primaries, held across the country over a course of many months, a total of 3,979 pledged delegates are up for grabs out of which 1,991 are needed to get the party nomination. A third of total delegates were awarded on this year’s ‘Super Tuesday’.

While the first two contests — Iowa and New Hampshire — were in mostly-white states, thumping victory of Sanders in demographically diverse Nevada raised hackles among the moderates in the Democratic Party.

This moderate wing of the party, which includes former president Barack Obama, is wary of hardcore left liberals like Bernie Sanders and Elizabeth Warren. They got a scare of their life when their best bet Joseph R Biden Jr, former vice-president, appeared to be faltering in the initial contests.

They had anticipated this possibility and pushed New York billionaire Michael Bloomberg to run, who jumped into the arena three months ago after a lot of deliberation. But despite splurging over $500 million — more than all other candidates combined — he could win only one contest out of 15 up for grabs on ‘Super Tuesday’.

Nonetheless, the moderates in the Democratic Party are heaving a sigh of relief because a lot of water has flown in Mississippi since Sanders won Nevada on 22 February.

It all started when Joe Biden came back swinging in the South Carolina primary riding on the coattails of black voters who form 60 per cent of the party voters in the state. Biden is seen as an ally by the black voters for he was Obama’s vice president for eight years.

On 29 February, Biden swept this demographic winning 66 per cent of the African American votes. The vote share difference between Biden and Sanders was almost 30 percentage points.

Such a huge victory in South Carolina made the moderate wing of the party rally behind Biden. Despite the ascendancy of hardcore left liberals, establishment is very much moderate and it is they who control the Democratic National Committee, the governing body of the party.

Two other moderate candidates, former Mayor of South Bend (Indiana) Pete Buttigieg and Senator (from Minnesota) Amy Klobuchar, who were hurting Biden indirectly dropped out just before the ‘Super Tuesday’ contests and endorsed him, reportedly after some ‘convincing’ by senior party leaders.

All this helped consolidate the moderates and rally behind one candidate — Biden. Well, almost because Bloomberg also got a good amount of votes of the moderates. He came second or third in most contests.

Votes of the progressives, on the other hand, remained much more divided between Sanders and Senator Elizabeth Warren. While the division was there in both camps, since hardcore left liberals are in the minority in the Democratic Party, it hurt Sanders more than the damage that Biden sufffered.

Biden ended up winning 10 out of 15 contests. Sanders took four including California which has the most delegates in the country. Still, Biden is narrowly leading the contest. Out of 1,215 delegates declared so far, Biden has 566 compared to 501 of Sanders.

Warren with 61 and Bloomberg with 53 are at third and fourth position respectively. To further consolidate the moderates, Bloomberg announced he is dropping out and endorsing his friend Joe Biden.

Warren will soon take the call on whether she should continue or suspend her campaign. She is taking her time because even if she is a hardcore leftist, she is a party insider and long time Democrat. Sanders, on the other hand, is an independent and not an official member of the party even though he is vying for the party nomination.

The dilemma for Warren is that if she endorses Sanders, her party bosses will be upset with her. Endorsing Biden seems improbable for that would be damaging to her ultra left credentials and alienate her from her own vote base.

If she stays in the race, her base of hardcore left will anyway desert her for Sanders because they know Warren doesn’t have a viable path to nomination anymore. Hence, simply dropping out and not endorsing anyone is her best bet in the current scenario.

In any case, the race for Democratic nomination is now a two men race for all practical purposes. But one thing is certain, whoever wins the nomination — Biden or Sanders — beating President Donald Trump has become considerably hard for the Democrats. The gulf between hardcore left, which Sanders represents and the moderates which is rallying behind Biden is widening.

If Sanders wins the nomination which seems improbable even if not impossible, then tens of thousands of moderate Democrats who can’t stand socialism may stay home or even vote for Trump. The Democratic National Committee would rather focus on funding and supporting candidates for Congress and Senate than working to help Sanders fight Trump in the general election.

Black Voters, who form the core vote bank of the Democratic Party, don’t seem to favour Sanders much as the recent state primaries show. With unemployment down to historic lows among African Americans under Trump presidency, convincing them to vote for Sanders will not be easy.

However, if Biden clinches the nomination which the political pundits are predicting, then tens of thousands of Sanders supporters are most likely to stay home for Biden doesn’t care for any of the ideas they are deeply invested in — free medicare for all, free college tuition for all, etc.

It may be 2016-like repeat when Sanders Democrats didn’t show up for they didn’t believe Hillary Clinton would champion their causes. Biden may not be hated as much as Clinton as a person, but he is more insipid than her when it comes to charisma.

Not to mention gaffe after gaffe that Biden commits almost everyday on the stump providing ammunition for the meme armies. He seems lost most of the time, forgetting even the names of state he is speaking in. Donald Trump’s nickname for him ‘Sleepy Joe’ has struck a chord. And he often tweets a video mashup of Biden’s latest gaffes.

After winning on ‘Super Tuesday’, he confused his wife and sister while introducing them. Both were on the podium and standing behind him. When he realised his mistake, he told the crowd that he thought they were on the other side of him and that "they switched on me".

In an earlier slip-up, he termed ‘Super Tuesday’ as ‘Super Thursday’ and forgot the Declaration of Independence and blurted out, “All men and women are created equal — by you know — you know the thing”. Biden, the gaffe prone candidate, is becoming the favourite of the meme troll army.

Since, big elections are now increasingly a contest of personalities than issues, there is a real chance that in the perception war, Republicans will successfully end up projecting Biden as a bigger buffoon and a joke than Trump is considered to be, especially among the Independent voters.

Whether in Biden or Sanders, Democrats don’t have a candidate who they can trust to beat Trump. All Trump needs is for a few thousand Democrat voters in four to five key states to stay home on Election Day. And that is guaranteed with both these choices.

In true sense, it was a ‘Super Tuesday’ for Trump more than anyone else.