Nine Reasons Why Modi’s Visit Is Important To Israel 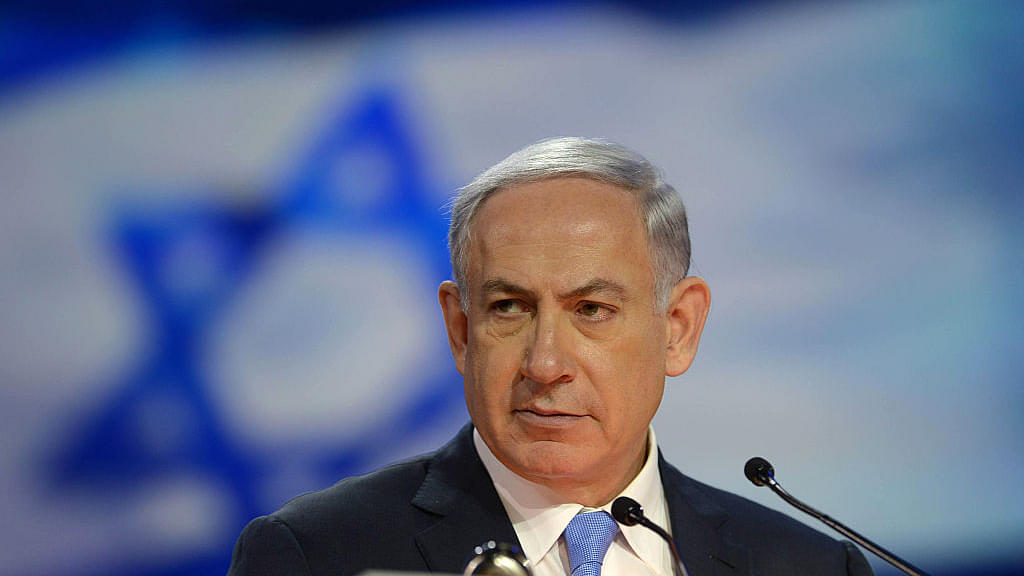 While much has been written about the significance of Prime Minister Narendra Modi’s forthcoming visit to Israel, how important is the visit to the latter? In his weekly cabinet meeting this Sunday (25 June), Israeli Prime Minister Benjamin Netanyahu flagged the visit and pledged to work towards strengthening bilateral relations with India. The question open to debate is, why?

Like individuals, reluctance over public engagements makes the forthcoming visit of Modi to Israel extremely interesting.

Normalisation of relations between India and Israel did not result in a free flow of political contacts. There were suggestions that shortly after the Oslo accords were signed in September 1993, former Israeli prime minister Yitzhak Rabin wanted to visit India but was cold-shouldered. Former president Shimon Peres came a few times, but New Delhi never hosted him as the Israeli president.

Likewise, A P J Abdul Kalam visited Israel a few times but never as the first citizen of India. In the past 25 years, only three external affairs ministers visited Israel and two of them—Jaswant Singh and Sushma Swaraj—came under the BJP-led government. Despite the growing military-security relations, no defence minister had visited Israel.

Despite the political asymmetries, states also emphasise on reciprocity and Modi's visit would be a belated reciprocal visit by an Indian prime minister and one that took more than 13 years to materialise. In September 2003, a few months before the Lok Sabha elections, Prime Minister Atal Behari Vajpayee rolled out a red carpet welcome to Ariel Sharon, and since then Israel has been seeking a reciprocal visit from New Delhi.

When coalition compulsions prevented even former prime minister Manmohan Singh from high-level engagements with Israel, political visits were unthinkable during the UPA rule.

Out of the closet

Israel has been having more high-level political contacts with its Arab neighbours than with India. Normalisation has not paved the way for smooth political relations, and even Modi had to wait more than three years in office to make the trip. Indeed, Israel remains the last major player in the Middle East to host the Indian leader. That his visit has to be preceded by the visits of President Pranab Mukherjee and External Affairs Minister Sushma Swaraj and Defence Minister Moshe Ya'alon and President Reuven Rivlin’s visits to India, speaks of the enormous preparations Modi had to undergo.

Israel's diplomatic fortunes with the countries which make up the Organisation of Islamic Cooperation are limited to Egypt, Jordan and Turkey and the former Soviet republics in Central Asia and Africa. Otherwise, much of the Islamic world continues to be reluctant to formalise relations with Israel. Among the top six countries with the largest Muslim population, only India has formal ties with the Jewish state. Moreover, until 1992, the domestic Muslim factor in India was often cited as the reason for the prolonged non-relations with Israel and hence, hosting the leader of a country with the third largest Muslim population in the world would be a milestone for Jerusalem.

India is a part of Israel's diplomatic offensive vis-à-vis the non-Western world. While the United States of America continues to be its strategic partner, Israel has lost considerable politico-diplomatic clout in Europe. A number of its former allies have turned hostile and are often leading the battle against the Jewish state. A significant portion of the Western society, once a strong supporter of Israel, has also turned hostile and is in the forefront of various anti-Israeli measures, boycotts, and political sanctions in various United Nations (UN) and international bodies.

Ironically, Germany appears to be Israel's only ally in the West (besides the United States).

Hence, in recent years, Israel is expanding its diplomatic offensive towards countries which were unfriendly in not so distant past such as Russia, China, and India. For political, economic and strategic considerations, Israel has been courting these states. Relations with Russia also have a domestic dimension, and according to the latest census figures, up to 1.5 million people or 17.5 per cent of the Israeli population is Russian-speaking, and this has a strong effect during the Knesset elections. If economic relations form the basis for its overtures to China, India offers military as well as economic incentives to Israel. Hence, some see India next only to the US, in terms of its strategic importance to Israel.

Since the end of the Cold War and normalisation of relations with a host of countries, Israel has been gradually shifting its attention towards Asia, including China, Japan, and South Korea. Since the visit of Prime Minister Rabin to China in October 1993, literally weeks after the historic handshake in the White House Lawns, there has been a two-way traffic between the two. Indeed, Israeli prime ministers have frequently been visiting Beijing and promoting bilateral relations. The prolonged American pressures since the early 1990s considerably slowed down and in some cases scuttled the Sino-Israeli military-security cooperation, but this had not dampened the political contacts and exchanges between the two.

This is not the case with India and political contact has been less frequent with India than with Israel's other partners. During the past twenty-five years, there were only three meetings between the prime ministers of the two countries. Two of them happened under Modi in various UN forums and in 1996 former prime minister Deve Gowda met his Israeli counterpart during the Davos Economic Forum meeting. Interestingly on all the three occasions, Netanyahu has been the Israeli Prime Minister.

Much of the bilateral relations engagements since 1992 have been steered by what can be termed as ‘professional’ ministries such as Defence and Agriculture with the External Affairs Ministry playing the role of a midwife. At the same time, institutional exchanges between the two security establishments lack depth and long-term vision. In the absence of high-level political contacts, they lack direction and are largely operating in a ‘transactional mode.' Hence, they are bilateral without an overarching strategic view.

Since normalisation, Israel has been hoping that the New Delhi will delink the Israel-Palestinian equation. This has been its demand with the rest of the world. However, due to political reality, even its Western allies, including the US, have been maintaining an Israeli-Palestinian balance and insist on visiting Israel as well as the Palestinian areas. Until 2003 they visited the Gaza Strip, and after security situations forced President Yasser Arafat to shift his headquarters to the West Bank, they have been visiting Ramallah. In the past, visits by President Pranab Mukherjee and external affairs ministers also included a courtesy and customary visit to Ramallah.

However, Modi will not be going to Ramallah which is just a few kilometres from the historic King David Hotel where he might be staying during his visit. In his public statement standing next to President Mahmoud Abbas in early May, Modi expressed India’s support to the political rights of the Palestinians without repeating ‘East Jerusalem as capital' of the Palestinian state. There comes the real shift.

In his public pronouncements, Prime Minister Netanyahu has been addressing Prime Minister Modi as ‘friend’. Haver in Hebrew has a powerful resonance and often symbolises someone who sympathises with Israel and approaches its dilemmas with empathy and understanding. The expression is often used, both at private and public levels, for someone who can be trusted and relied upon in case of an emergency or a comrade-in-arms. During much of its existence, Israel had very few whom it could call a haver.

Hence, when Modi visits next month, Israel would be hosting not just the leader of the largest democracy but also a haver.

Not an insignificant moment for the ordinary Israelis.