Once IS Slaves, These Yazidi Girls Are Rebuilding Their Lives With Courage And Fortitude 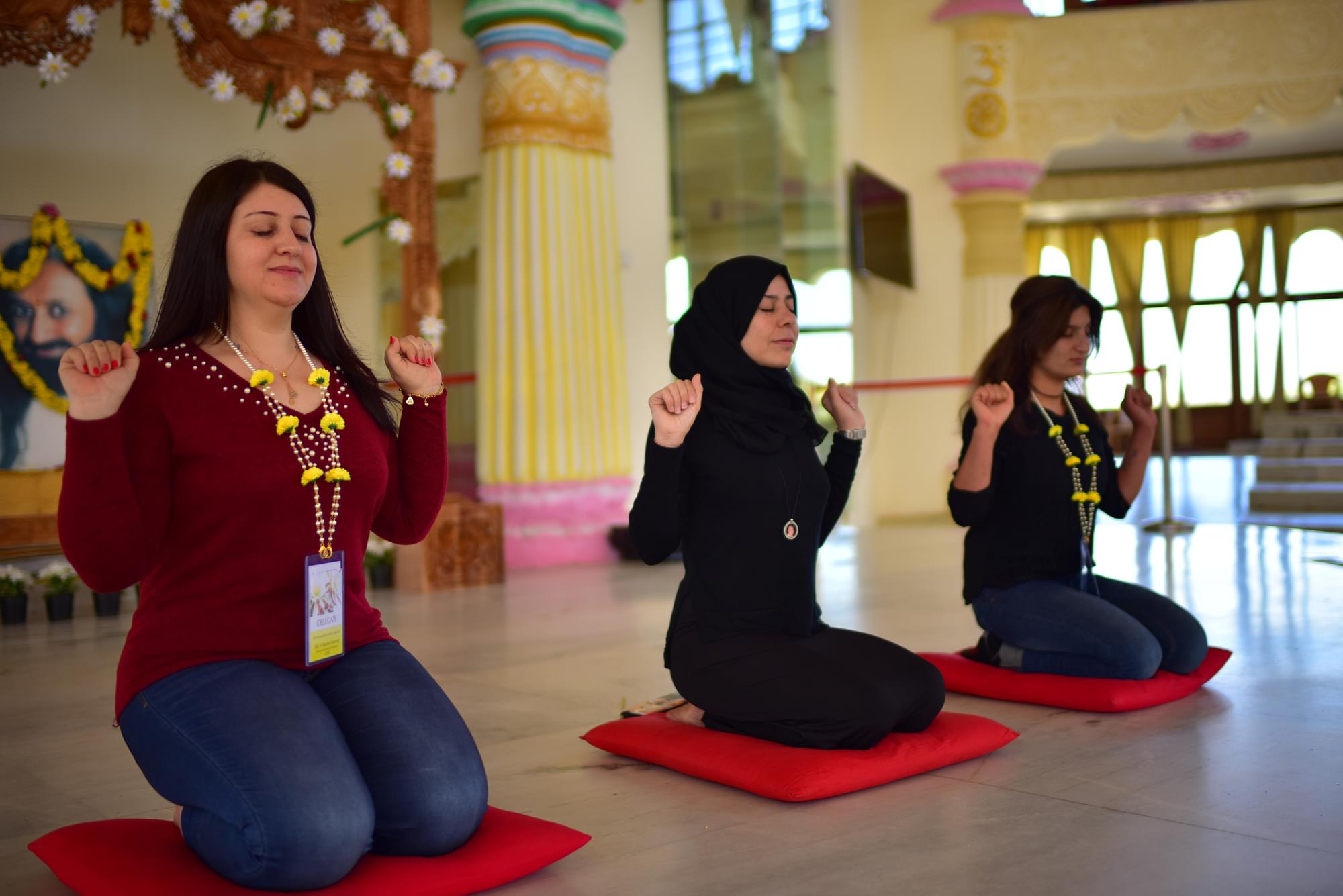 She greets you with a beautiful smile, yet her eyes look forlorn, lost in a world relating to a past that is over but not forgotten. Her face speaks volumes of a trauma best erased, the torment endured not to be recalled even to relate the story thenceforth. Parveen, all of 20 years, is a Yazidi from Sinjar Mountains and survivor of torture of the worst kind from her Islamic State (IS) captors.

She was barely 16 when the IS came to her village in 2014 and took her along with 42 members of her family besides hundreds of other residents in her village. While her family members were taken to another location, Parveen was taken to Badush prison, where she was tortured and raped along with other girls in the camp. “I was there for eight days and the fighters would come and pick a girl of their choice and rape her,” says Parveen as a matter of fact, her face blank, her eyes dry and dead as she recalled the horror.

She was then taken to Tal Afer, where she found her mother but was again separated and moved to Mosul for three days where fighters from different countries came over to take the girls further to different areas. Parveen was also taken from Mosul and moved to Baaj, where the prevailing leader Abu Musa gave her along with five other girls to his bodyguards to be ‘used’. “We were raped and beaten every day. I was taken by Abu Hudyfa with whom I stayed for four months. At the end of four months he made plans to sell me in Syria as sex slave.”

That is when Parveen decided to risk her life and attempt to escape. “We hatched a plan whereby four girls kept the guards engaged while two of us escaped. We left at 11pm, barefoot so as not to make a sound and trekked in darkness through the rain, rocks, glass and mud till 7am the next day morning when we reached Sinjar Mountains.”

Yet, on reaching home, there was further shock awaiting her and her companion. None of her family members remained, all having been captured by IS including her seven year old sister. A distant cousin remained but none had any means of survival, living in refugee camps and dependent on international non-governmental organisations (NGOs) for support. “Before the IS came, we had a simple yet comfortable life in the village with a large extended family of cousins, aunts and uncles. Now there is none to call family,” mutters Parveen softly.

Parveen’s story is not unique. Yazidi girls Sara and Basma have equally horrifying tales to relate though unlike Parveen they escaped capture. Yet both lost family members and their extended family. While 92 members from Basma’s family were captured of which 30 managed to escape and return, Sara had only six members of her family returning out of the 25 taken captive.

The three Yezidi girls were at the Art of Living International Centre, Bengaluru, to attend the recently concluded International Women’s Conference.

There have so far been 74 genocides in Sinjar Mountains by the IS. “We need to stop this permanently so the 75th does not happen”, says Mawahib Shaibhani, director, International Association for Human Values (IAHV), heading the Alazhar project in Iraq and Middle East. Since 2014, Shaibhani has been doing trauma relief work in the refugee camps, caring for the survivors of the genocide, the rescued women, children, including the girls and boys who managed to escape to safety.

“When the IS took over 5,000 Yazidi girls, I decided I will do whatever I could to get them back and address their trauma so they could live a normal life. So far, 2,500 women and girls have been rescued, but over 3,500 women, children and young boys continue to remain captive, facing daily torture”, states Shaibhani.

“Girls as young as nine are raped and some at even two to make the mother comply with their wishes. We have a case of a young mother forced to parade naked wearing make up in front of a line of IS soldiers to save her two young sons aged five and seven. Later the boys were turned into child soldiers by showing the video of her walking naked,” she says, adding that captured young boys are turned into child soldiers and trained to kill their own people. Some of the girls and women get depressed and commit suicide or take to guns to protect their domain. “The world is not waking up to the reality of this genocide in the Sinjar Mountains,” she laments.

Recently, Shaibhani and her co-workers went to mass graves, currently numbering 65, risking IS guns to take pictures of the remains of those buried, to show the world the reality of the genocide.

The trauma relief work carried by Shaibhani and co-trainers have met with great success, not only relieving the trauma of survivors but also transforming them into Art of Living instructors, where they help new survivors entering the camps. “Parveen, Basma and Sara have become instructors, aiding many distraught girls in the camps, preventing them from committing suicide,” said Shaibhani.

Basma says, “our strong demeanour and unemotional recounting of our trauma may prompt you to think we have become insensitive. We have received this immense strength from yoga, meditation and breathing techniques we practice, aiding us to rise above the pain and look towards the future with hope.” The smile that lights up on all three girls’ faces speaks volumes, of not just courage and fortitude but of a spirit that refuses to be cowed down.