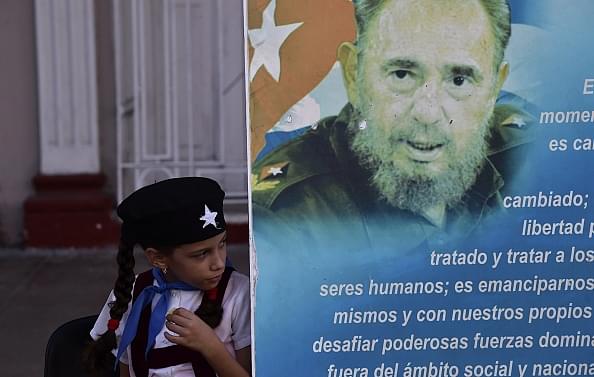 The death of Fidel Castro on 25 November 2016 marked the end of an era. The legendary and charismatic revolutionary leader of Cuba was an inspiration to many anti-colonial and freedom movements worldwide. His achievements in education and healthcare are unquestionable as was the pivotal role he played in defying the power of the United States.

However, Castro was also the tyrannical leader of a Communist dictatorship which stifled dissent, jailed opposition politicians and operated a brutal police state replete with repression, oppression, and suppression. Hero or villain, tyrant or revolutionary hero, Castro evokes strong emotions depending on political perspective, ideological orientation, or historical experience.

What is beyond any doubt, however, is that his demise presents opportunities and challenges as Cuba adjusts to an uncertain political future without the dominant presence of its larger-than-life leader.

There is little doubt that the US, especially under President-elect Donald Trump, will attempt to use the death of Fidel Castro to inveigle its way back into the political discourse in Cuba. This has the potential of having both positive and negative consequences.

Should the US seek to reestablish its role as a de facto colonial power in the island or attempt to subvert the political evolution or process in Cuba to empower either the Cuban-exile community in the US or a puppet-regime in Cuba, there will be an inevitable backlash, especially if some of the gains of the revolution in respect of social programmes and land reform are reversed.

On the other hand, a benign role for the US could see the embargo lifted and an attempt to rebuild Cuba’s decrepit infrastructure with minimal interference in the island’s internal political affairs. Given the depth of emotion, however, this latter approach is unlikely if only because of the rhetoric of the ascendant right-wing in US politics.

It is into this potential morass that India can play a very constructive role. During the Cold-War, India and Cuba maintained close relations and Cuba was very active in the Non-Aligned Movement (the irony of Cuba being a member of COMECON notwithstanding). While neither the NAM nor the relationships of the Cold War have much relevance today, the goodwill between the two countries is something which can be used to allow India to play a positive role in the post-Castro political and economic era in Cuba, assisting the country in a move towards democracy and a market-economy.

Cuba will come under increasing pressure to democratise and move towards a free-market economy. Raul Castro lacks Fidel’s legendary appeal and may find himself besieged by conflicting pressures which could lead to tension between the old regime and embolden pro-Western elements. Even worse, given American instigation and involvement in the so-called “Euromaidan” events in Ukraine, similar action could be anticipated in post-Fidel Cuba.

Cuba must realise that communism is dead. It is a bankrupt and discredited ideology. However, it is likely that Cubans will want to preserve the benefits of their revolution while dealing with the inevitable collapse of the one-party state. Indeed, I suggest that at this critical juncture, for the fruits of the revolution to be preserved, there must be an end to one-party rule and Cuba must be allowed transition to a multi-party democracy.

It is in this area that India can offer, as an unbiased party, assistance in establishing the mechanisms and institutions necessary to facilitate an orderly, yet timely, transition to a multi-party democracy. India’s Elections Commission and Judiciary can assist in establishing similar independent institutions in Cuba.

Moreover, compared to their highly-politicised equivalents in the US, India’s electoral and judicial bodies are held in high esteem internationally and as such their input would be more acceptable to the strongly nationalistic Cubans as opposed to American involvement, which will inevitably bring memories of their systematic subversion of Cuban institutions and government in the years before the Cuban Revolution.

Will Cuba allow Indian involvement? There is no question of India intervening where it is not wanted. However, it is suggested that the Indian government could consider using its good relations with the existing regime to encourage it in this direction rather than allow the inevitable pressures from the US to build, leading to an uprising (whether spontaneous or sponsored) against the regime.

What will India gain from such involvement? India stands to gain even in its relationship with the US should it succeed in moving Cuba to democracy. It would earn considerable goodwill among nations of the Latin America-Caribbean region and its standing internationally will rise at little risk and negligible cost. Moreover, it is a mission for which India and its institutions are eminently suitable.

Will India make any more tangible gains? Cuba offers India the opportunity to engage with Latin America on a non-transactional basis. This will pay tangible dividends eventually. Cuba, with its sizeable land-mass, educated, skilled workforce, relatively low wages, and its easy access to North, Central and South America, could become a useful gateway for Indian companies to access regional markets.

Moreover, Indian companies could usefully participate in restoring and rebuilding some of Cuba’s neglected infrastructure and could establish operations on the island, bringing industrialisation and jobs to a largely agrarian economy. Furthermore, Cuba’s sugar industry is ripe for modernisation and investment, and the relatively low population density combined with adequate arable land could lend itself to the development of food processing industries.

In effect, Cuba offers Indian investors opportunities that with some initiative and imagination could yield substantial returns on modest investments. Trade with Cuba is already abysmally low and can only increase.

India’s relationship with Latin America and the Caribbean is, despite protestations to the contrary, largely transactional, focusing on business and trade deals. Cuba offers an opportunity to break from this and to take the initiative and reach out to the Cuban government to guide the inevitable transition before the US redoubles its efforts to topple the new Castro regime. Will India be welcomed? That is by no means certain but India has little to lose.

Furthermore, made as a gesture of friendship, it offers the Raul Castro government a face-saving opportunity to deal with the eventual fall of the regime without being seen to capitulate to pressure from the US. Traditionally, India has shown reticence in interfering in the political processes of other countries but Cuba – being far from India’s borders - is an example of where, with some imagination and a lot of initiative, India stands to gain both goodwill and prestige and even potential economic benefits with little risk to its own interests.