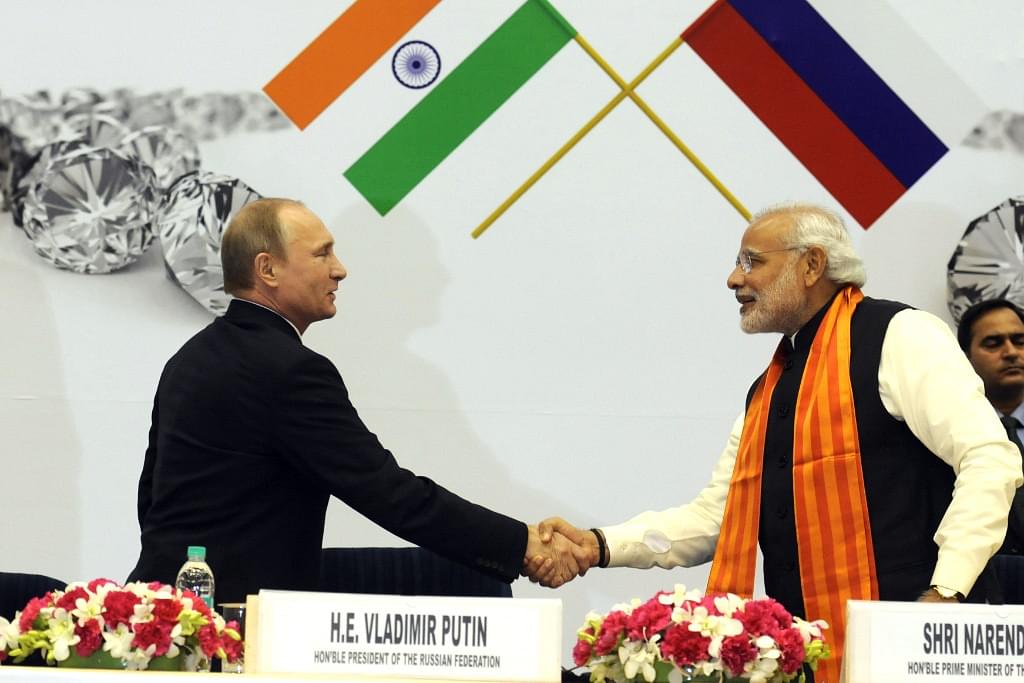 To begin with, the following are cumulatively having an impact on the movement of the dollar: one, the trajectory of geo-political trends with regards to tariff wars; two, the renegotiation of multilateral trade deals unilaterally by the US; three, the changing EU-US geo strategic equation with US demanding that EU funds more of the security; and four, moving of manufacturing back to the US and its focus on reducing trade deficits.

In the short term, the dollar is likely to surge and that is being seen now. However, Putin's latest remarks in the Energy Conclave in Russia give a strong indication that there is a counter reaction that is being initiated through convergence of diverse interest amongst other players.

The EU economies, notably Germany and France, despite their misgivings about Russia, are being forced to reconsider their positions and their dependence on the interlinked economic system with US and its dollar.

China is fighting a tariff war with the US, and as the largest owner of the US dollar reserves and US debt (US Treasury bonds) is in an unfamiliar territory. With slowing down of its economy and rising internal debt, it cannot afford to lose access to the US market. However, a stronger dollar can also be beneficial in the short term given the reserves and debts China has. It is also facing a huge energy problem with increasing oil prices and a strengthening dollar.

This leads us to the next international pole in terms of energy - OPEC and oil producing countries. The United States has exerted sustained pressure on them to increase production and bring down prices on one hand while Washington itself brings down the overall availability of oil with sanctions on Iran and impending sanctions on Russian oil. This is being further compounded by increasing internal economic pressures and economic crisis in almost all Gulf states including Saudi Arabia which is recording massive budget deficits.

India is headed for an election year and one cannot ignore the impact of price surge due to fuel price rise. Huge programmes are being funded with tax revenues from oil and this leaves very little room to keep petrol prices down. India too is facing a problem of an orchestrated attack on its capital markets as well as on the rupee. It is, in fact, under an economic attack while it is undergoing a transformation and clean-up of the financial systems internally. That is a huge challenge. On the positive side, economic growth is good; monsoon is good, but the rising dollar and increasing fuel prices can undo or at the minimum cramp Indian economic management flexibility.

Over the last four years, thankfully, the government has been working consistently on four fronts.

Three, securing growth through investments instead of depending on exports, thereby insulating economy from both currency pressures as well as trade related pressures.

Four, working on creating alternative energy (ISA) and financial systems (BRICS) that can withstand American pressures. This is being done under the auspices of BRICS and a plethora of bilateral arrangements and regional arrangements where the trade and investments will not be in dollar.

The convergence of interests in protecting themselves against American unilateral exceptionalism across these otherwise diverse groups is forcing a turn of events that may see the coming together of an international coalition of powers, motivated purely by their own national interests, to formulate together a strategy to move the global financial order away from the omnipotent dollar to perhaps a basket of other currencies that will include the Chinese yuan, the Russian rouble and the Indian rupee besides the euro.

The American isolationism and unilateral withdrawal being carried out by the Trump Administration is likely to have an enormous impact on the American economy too. In the short run, it looks like the benefits of a strong dollar and a high performing stock market coupled with increased manufacturing is going to work for America. It may even ensure that a second term for Donald Trump is achieved.

At the same time, it is also likely to have an impact on the global arrangements that has held the US-led West post the Second World War. The renaissance of China and India and the revival of Russia as an energy power will accelerate the shift of power from Europe and America to Asia. Technology trends and new energy ideas will reduce the prominence and wealth of the Middle East.

In the medium term, if the US persists with its inward looking policies and unilateralism and continues to use the dollar to exert its geo-strategic muscle, then the others will respond in a manner that removes the vital cog - the dollar's status as the world's most acceptable reserve currency.

When that happens, US debt will come home to roost as the world's appetite to underwrite US spending will start to ease off. The current trajectory of events seems to suggest this. Hence, Putin's warning in the recently held energy conclave, where he alluded to US actions being akin to cutting the branch one is sitting on, is a crucial signal of how things are likely to take shape.

There is a lot of ground to be covered before such a thing like the replacement of the dollar as the universal reserve currency can happen. But it is now more likely to happen than not.

It is more a question of when and how that shift and change in the global financial system will happen, and not whether it will.