Save Greece, Save Europe 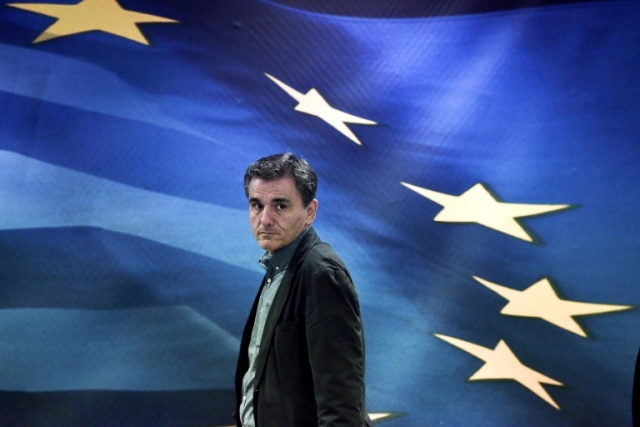 Who is responsible for the crisis? Isn’t it a natural tendency for everyone to borrow when interest rates plunge from 25 percent to 5 percent? Why did the banks lend?

Will Greece be saved on Sunday? Or will it be the beginning of the end of the Euro? Germans are too technical and, of course, have more to lose having lent the most. France and Italy have shown sympathies with Greece. I believe Greece should be allowed to stay in the Euro.

How did the Greek crisis begin? Greece joined the European Union in 2001. Just before that, the government’s fiscal deficit was as high as 6 percent and the interest rates were 25 percent. The moment the Drachma, the Greek currency, was replaced with the Euro, the interest rates dropped to near the 5 per cent level.

Once the interest rates dropped, it was natural that everyone would start borrowing. The government borrowed and doled out money to over 133 pension funds. The companies borrowed heavily, with no firm business plans in place. People borrowed for housing, automobiles, etc. All this resulted in huge debt. This party went on till 2009. Thanks to this consumption, the country recorded the highest growth rate. The gross domestic product (GDP) went up from $150 billion to over $250 billion in just eight years. Credit rating agencies gave Greece a high rating of A. At that level, the probability of default has to be less than 2 percent over ten years.

The problem began when the Greek government announced that the fiscal deficit figures were wrong. Everyone then woke up. The credit flow stopped for the government, businesses and citizens. The International Monetary Fund (IMF) and the European Central Bank came up with demands to set Greece right. They were, of course, right in demanding credit discipline on the part of Greeks. Greece has 133 pension funds and has no good track of fund movement. Greek land records are in a mess. Greeks don’t pay taxes properly, and almost $20 billion is lost due to bad collection. Those taxes could take care of the future fiscal deficits of the country.

We must credit the Greek citizens who did endure a lot of austerity measures in the last five years. The GDP decline has been the maximum in the case of Greece, compared to any other European country. But the austerity improved the market value of Greek debt and the creditors got the benefits. According to the Laffer curve often applied in debt forgiving, not enough debt was forgiven. No new debts were made to businesses. The loans borrowed earlier were for consumption and did not create any jobs. The youth unemployment in Greece today exceeds 50 percent. Many youngsters are living off the pensions of their parents and grandparents. How would you feel if your 25-year-old son asks for pocket money? Parents are sad and the self-esteem of the youngsters is at its lowest.

Who is responsible for the crisis? Isn’t it a natural tendency for everyone to borrow when interest rates plunge from 25 percent to 5 percent? Why did the banks lend? Did they do accurate credit appraisals? Although the government overestimated demand, the banks need to appraise the capacity of the government, business and citizens. The credit rating agencies never sensed the structural problem, while the entire country had been on a borrowing spree due to artificially low-interest rates. When the banks have missed that, it is not fair to just blame the Greek people.

The Greek crisis should be seen from another angle. The loan is not so big for the rich countries. Just one American firm, Apple, has nearly more cash than the $250 billion GDP of Greece. Germans should give some more time and forgive more debt.

German leaders should show some generosity. During World War II, the Germans had occupied the Greek capital of Athens and had flown their flag on the Parthenon. One Greek student went up and brought down the flag. Of course, the Germans retaliated with force and also destroyed a Jewish village in Greece. The same student is now 90 years old and supports the Greek Prime Minister. Since the issue can become sensitive, Germany may be better off to accommodate Greece this time.

There is also the danger to Europe if Greece leaves. Portugal and Spain are also in bad shape. Italy too has some systemic problems. Once Greece leaves, many countries will feel vulnerable, and Europe may come down. That is not a great result for Germans.

Another danger is the possibility of Greece falling into the hands of China or Russia. That may bring China close to the Mediterranean Sea and can be a security hazard for entire Europe. In these days of global terrorism, giving up one secure country can be counter productive.

I am hopeful that Euro leaders will find a solution and let Greece remain.