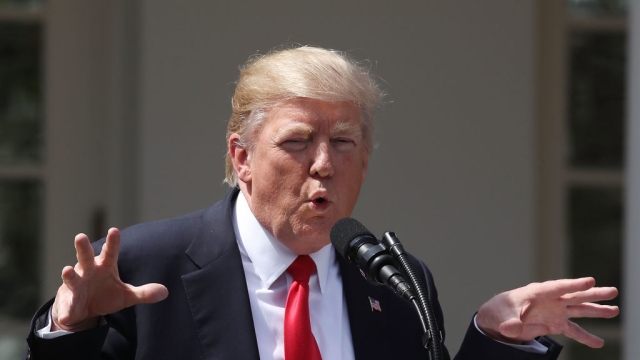 A single decision leading to a major military offensive can have serious implications especially when it involves a superpower and a former one in an already tenuous environment. There can be an escalatory effect and the implications can be felt well outside the military domain. That is how the US Tomahawk (cruise missile) strike against Syria has to be viewed. Importantly, we are only looking at the initial symptoms of the decision. Probably much more will follow.

US President Donald Trump, off late under increasing pressure of falling approval ratings and criticism from his own Republican Party took a decisive step to launch 59 Tomahawk cruise missiles against the Syrian airfield Al Shayrat from where purportedly the Syrian government forces of President Bashar Al Assad launched aerial chemical attacks on civilians leading to 80 civilian deaths, including children. Assad’s alleged target for the chemical attack was the province of Idlib, where a number of displaced people from rebel-held areas are herded; a loose rebel and Al Qaeda control exists in the area where almost 3.5 million people still live. The post strike damage assessment for the physical damage caused to the infrastructure of the airfield is unimportant. The more important part is the damage effect on the situation and the highly sensitive strategic environment of Syria especially with the presence of Russian military forces in the area and the multiple interest groups.

Trump’s decision reversed quite decisively his predecessor Barack Obama’s policy of non-intervention in the Syrian conflict. Personally for him, it met immediate approval from some of his detractors such as Senator John McCain. However, none of the events explains the rationale and logic employed.

Looking at the Syrian side, Assad has used chemical weapons in the past but the attempts in 2014-15 drew little international response and this probably emboldened him. Then, the Islamic State (Daesh) was at its peak and engagement against it was perhaps more prudent than getting after Assad; the Russians had just started operations in Syria and their role was yet being ascertained, while Obama was nearing the end of his presidency.

The question begging answer now should be: why there is a need for Assad to take the extreme step of employing chemical weapons at this stage, at a time when things seemed to be going his way? He had definitely not won the war but the military situation was in the favour of the Russian-Syrian-Iranian combine. In the US, there were indicators that President Trump was willing to allow the re-legitimisation of the Assad regime and diplomatic efforts were afoot towards this. Billions in US dollars aid was being discussed in Brussels without insisting on any political transition. The refugee crisis in Europe was in mind while seeking ways to restore some order in Syria. So, why this strategic hara-kiri by Assad when he was surely aware of these steps afoot? Assad has denied the involvement of his forces in the chemical attacks so who then was responsible? Complete lack of clarity exists on that with no evidence at all to point fingers at Iran or Russia, both being partners of Assad. The finger was also being pointed towards rogue elements of the Syrian Army who are out of sync with the larger diplomatic process that is underway now.

On the US side, what was achieved with the decision to launch 59 Tomahawk missiles? From a military angle, it hardly had any tactical effect; wasn’t aimed at chemical weapon storage facilities for obvious reasons; the choice of the airfield from where the strikes were launched was perhaps with a focused but symbolic intent. The aim in such circumstances when one-off military action is launched is invariably politico-strategic. It is not regime change, nor diluting Assad’s military capability. It is more about a message to Assad that in spite of Russian presence the US retains the capability and will to launch military strikes in an area of its interest. A follow up action is unlikely which signifies that the objective here is the message regarding use of chemical weapons. The intent is to put an end to it. It is equally a strategic messaging to Russia that the Trump administration has the will to robustly defend its interests even at the risk of escalation. Trump’s personal image will take an upswing, at least temporarily until more analyses reveal some other murky picture; that goes for the image of his advisers too.

Has Trump been wise in his decision? There are two angles to this. First is his personal image and that of his advisers. Second is the strategic effect of the strike. Here was a situation which could fetch tremendous dividend in terms of restoration of US confidence after a period of some uncertainty and self-doubt. Trump was probably advised that retrieval of US military prestige, particularly in the eyes of its allies, could be done with little risk and the same would contribute to his personal image of a decisive chief executive, both for the external and the internal constituency. However, that will be true if the objectives remain just there and no ‘vague maximalism’ (term courtesy Foreign Affairs magazine) without clarity enters the matrix of future options, which most certainly would be drawn up. It was probably calculated that the Russian connection, in public perception, being Trump’s negative point. A military strike which would needle the Russian leadership would probably retrieve the situation with the home constituency.

An effect which is likely to be immediate is the stoppage of the process of re-legitimisation of Assad, something which would have had a decisive effect on the Syrian crisis. It is regime change once again that the US and its allies are going to seek after a brief hiatus. The ceasefire is going to be a major problem here onwards. Russia seems to have painted itself into a corner with accusations of being complicit in the chemical weapon attacks. Its intended deployment of a robust anti-aircraft defence to defend the Syrian airspace is not the answer in these circumstances. It should be seeking ways of how to respond diplomatically. The event also puts Iran under pressure in the face of an emboldening US where the new administration has already threatened the scrapping of the 15 July 2015 nuclear deal.

The ones with the last laugh will quite obviously be the IS, who suddenly appears like they are the ‘good guys’. Anything to divert attention is good for Daesh. In a three-way conflict in the Levant weakening of one of the other two has a commensurate effect on the fortunes of the third. Hopefully, the battles underway to vanquish and displace Daesh will not witness any change in the focus and weight of attention and resources.

Trump may have achieved for himself the image of a strong and decisive leader at a time when many were questioning his ability to lead the US and the world. However, he has also opened up risk far greater than currently meets the eye. To be seen as an effective leader, he has to go beyond just the muscular response. Perhaps he could have initiated the setting up of a United Nations investigation team, in the light of denials about chemical weapon capability of the Syrian state, also being certified by the Russians. Russia has put on hold all military cooperation with the US including local agreements in the battle zone of West Asia.

The complexities of West Asia dictate that he who can think through situations with vision and forethought will stand to benefit. In the current context, that notion seems far from any considerations of the US President and his team of advisers.