Syrian Deal Leaves Out Many Stakeholders 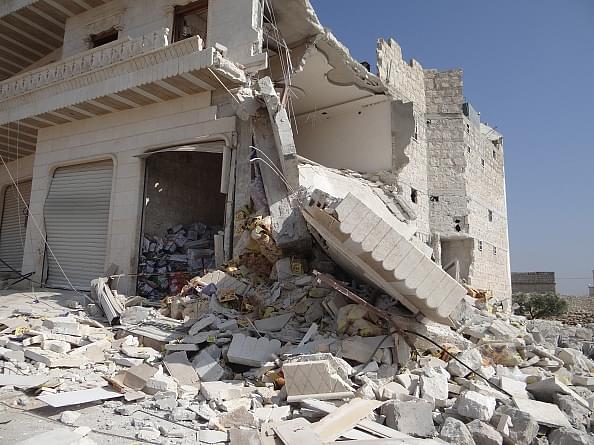 Russian President Vladimir Putin’s address following the agreement on a cessation of hostilities in Syria was a reflection of the gravity of the situation. It would have been much better for the Syrian people if such an agreement was reached two or three years ago, when the crisis was not as entrenched and not as many lives were lost.

The deal mandates the warring sides to inform Washington and Moscow of any violation of the ceasefire deal. However, the agreement excludes internationally acknowledged terrorist organizations such as the Islamic State (ISIS) and Jabhat al-Nusra. This means that both the US and Russia can continue their military action against these two terror outfits.

More controversially still, the deal leaves scope for self defence. This, Syrian rebels rightly say, could be used by President Bashar al-Assad’s forces to attack rebel positions under the guise of targeting ISIS or Nusra Front.

The deal mandates, in the same breath, establishment of a communication hotline, and most likely of a working group to exchange relevant information. Moscow and Washington are ready to launch effective mechanisms to promote and monitor compliance by Damascus and armed opposition forces. Turkey is bound by the agreement to stop its attacks on Kurds as well. Russia is barred from hitting non-ISIS targets.

The idea is that the pause in fighting will allow more humanitarian aid to be delivered to besieged Syrian populations and create a conducive environment for the resumption of talks between Damascus and the rebels. This agreement shows that the parties to the conflict have not yet drifted too far from the round table to negotiate. The question is whether the warring sides are willing enough to make peace.

The international community and the Syrian people now have a real chance to settle the conflict and hope for peace must not be frittered away. US State Department spokesman Mark Toner responded with a tough message to the rebels when he said, “If you hang out with the wrong folks, you choose who you hang out with, and that sends a signal.”

Nonetheless, the main umbrella body for Syrian rebels and opposition groups, the High Negotiations Committee, has indicated its willingness to accept the cessation deal, provided the Assad regime ends its siege of 18 rebel held areas and releases the detainees. The Russians have warned Assad against escalating the conflict further. Assad had recently vowed to keep fighting till taking control of all Syrian territories.

The Syrian conflict is at a critical and delicate moment. A miscalculation by Russia, Turkey or Assad could be catastrophic. It’s never too late for the United States to carefully build the political and military framework for a new Syria.

Aleppo is a mess, torn in a crosshatch of different combatants and foreign forces. Within a small area are Syrian regime forces backed by Russia and Iran; Kurdish rebel forces backed by the United States; Turkish forces that are shelling the US-backed Kurds; Arab rebel fighters supported by the CIA and Saudi intelligence; Jabhat Al-Nusra fighters allied with al-Qaeda; and Islamic State fighters, who want to kill all of the above.

The cessation deal will serve as an opportunity to test who walks the talk and who fails. It will help determine the template for future action against terrorism.