The Logic Of #BoycottChina: A Short Border War Or High Deterrence Stance May Be As Costly 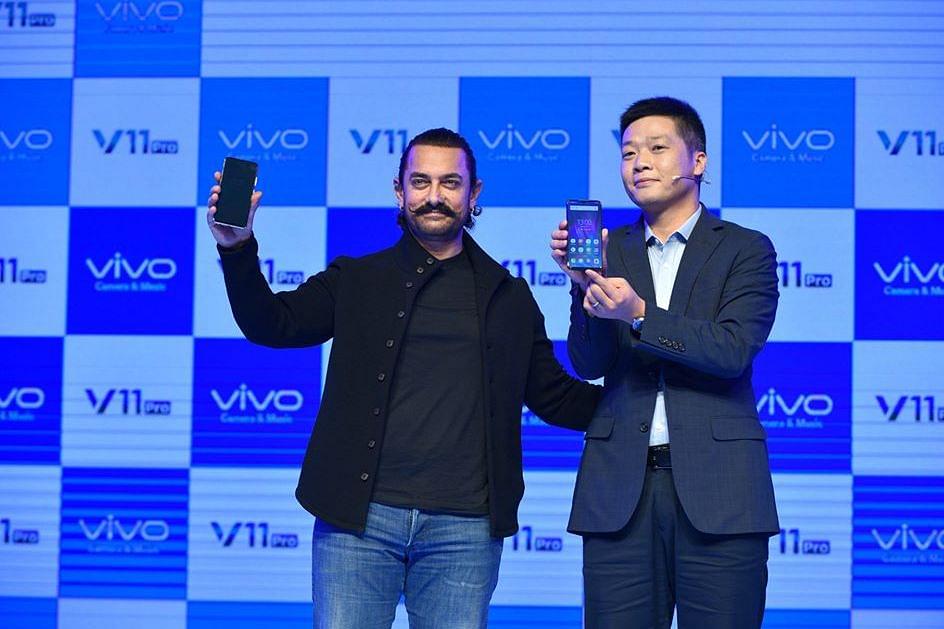 Actor Aamir Khan promoting a Chinese brand. This must stop.

The Narendra Modi government has, correctly, decided that the plan to impose economic costs on China by indirectly deterring customers from buying Chinese products and brands ought to start with giving citizens information about the products they buy.

The Government e-Marketplace (GeM), the main conduit through which government departments and public sector companies procure their supplies, is reported to have asked vendors to colour-code their products by country-of-origin and level of domestic value-added. At some point, this scheme could be extended to all e-commerce platforms to do similar colour coding so that consumers know which country’s products they are buying.

In the wake of Chinese aggression across the Line of Actual Control (LAC) which led to the killing of 20 Indian soldiers in Ladakh’s Galwan Valley, many non-government bodies have called for a citizen’s boycott of Chinese products. But this popular movement can never succeed without public education on which products are actually Chinese owned, and which ones have high Chinese import content.

This is what the colour-coding scheme will start making clear. You cannot deter Indians from buying cheap if that is all they can afford. But, at the very least, they will know when they are enriching Chinese companies in the process.

At other levels, rules are likely to be tightened for imports and investments from China, making it clear to the dragon that India will not restrict its resistance to encroachment around the borders alone. There could also be non-tariff barriers erected to slow down Chinese ingress in domestic markets (read here, here, here, here). The military riposte will be given more teeth by extending the war to the trade sphere, where China has more to lose than India. Over the last six financial years, China has run an average trade surplus of over $52 billion annually since 2014-15.

This is like sending China, our biggest military and economic threat, a cheque for $52 billion (the trade deficit, ie, net of India’s exports to China) every year. That’s a rupee equivalent of just under Rs 4 lakh crore annually.

Those who are cautioning India against extending the war to the economic front by boycotting or targeting imports and brands from China are wrong for several reasons. Here are some of them.

First, while free trade benefits all, and especially consumers in net importing countries, when you are at war (or near war) on the borders, it does not make sense to gift your enemy billions of dollars in cash. This is like financing the enemy with your own cash. How daft is that? Would the allies in the Second World War have countenanced free trade with Hitler’s Germany or Mussolini’s Italy or Tojo’s Japan with the argument that it will affect domestic consumers? The Japanese attacked Pearl Harbor precisely because they did not want the Americans to be in a position to strangle their economy by blockading trade. One of the objectives of war is to deny the enemy any kind of economic advantage, and this is what a Chinese boycott will do now.

Second, the argument that consumers will lose is also tom-tommed a bit too much. Even now, where there is no boycott, the Chinese are pressuring us not only on the border, but by raising the prices in products where they are the prime suppliers. The Economic Times quotes Dinesh Dua, chairman of the Pharmaceutical Export Promotion Council, as saying that the costs of paracetamol have gone up by 27 per cent, and ciprofloxacin and penicillin G by 20 per cent each. Dua makes no bones about the fact that the Chinese “are attacking us in two ways — physically at the border and economically by increasing prices of APIs (active pharma ingredients), key starting materials (KSMs) and intermediates.”

Even as we debate the pros and cons of taking the border war to trade, China has not hesitated to bring the war to our pharmacies.

Third, it is a myth that consumers will not bear some of the military cost of the standoff with China if we do not engage additionally in a trade war. If we continue normal trade and the country actually ends up having to finance either a short war or maintain high defence preparedness across a 3,500-km-long live border with China, the costs will ultimately have to be paid by Indian consumers, taxpayers and even the poor, as subsidies are cut to pay for defence. There may be additional taxes to fund the war effort.

In December 2001, when Jaish terrorists attacked Indian Parliament, the government of Atal Bihari Vajpayee launched Operation Parakram which involved full mobilisation of the Indian Army for defence and offence operations across the western border. According to one report, the cost of sustaining the operation was Rs 7 crore a day, and Parliament was told that the total cost of maintaining 10 months of full mobilisation (until October 2002) was over Rs 8,000 crore.

If we assume that military costs (excluding war) would have risen five-fold over the last 20 years – and we are talking China this time, and not Pakistan – costs in the region of Rs 40,000-Rs 80,000 crore will be unavoidable, assuming we have to maintain a high state of military preparedness over the next few months.

In the Siachen glacier, where India spends several crores a day to hold on to this strategic piece of ice that both Pakistan and China covet, one computation puts total spends at over Rs 16,000 crore between 1984 and 1991 – or over Rs 1,000 crore annually. These costs would clearly have more than risen five-fold by now. A war with China close to these ice-cold spots would cost India many times more than the medium-term costs of a trade war.

Trade war or border war, Indian citizens will ultimately have to pay for the costs. A trade war has the advantage of spreading these costs over a long period of time while, at the same time, giving Indian manufacturers a chance to produce locally and for exports, creating jobs in this country. It would also deny China billions of dollars, forcing it to rethink its plans to militarily confront India on its borders.