The United States Can Still Win Its 'War On Terror', If It Learns To Trust India 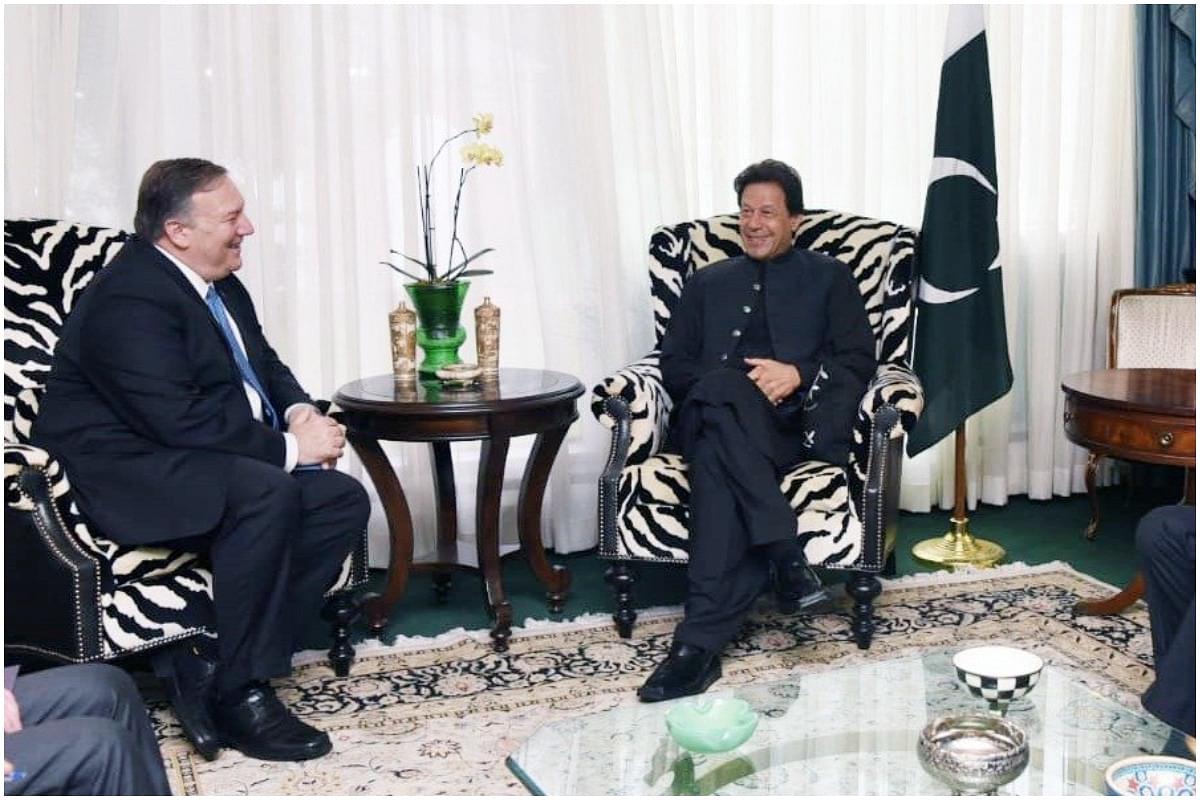 Right after gaining independence, Pakistan officially launched Operation Gulmarg which intended to send tribal militia to the then princely state of Jammu and Kashmir in order to annex it. The Pakistani Army’s first assignment was to train and arm tribal militia to fight a war which had no rules of engagement. So, the first goal of Pakistan as an independent state was to annex Jammu and Kashmir with the help of terrorists. This is when Pakistan illegally occupied a part of Kashmir which is now known as Pakistan-occupied Kashmir. Pakistan had won its first victory in a terrorist operation where its Army never fought on the frontlines. A terrorist state was born.

Over the years, Pakistan tried to fight India in conventional wars but ultimately realised that terrorism is the only way they can fight a long, protracted war with India and committed themselves to bleeding India by a thousand cuts. Pakistan hasn’t been successful in gaining any more territory from India after 1947–48 war, but it certainly has kept Indian troops awake in the nights and Indian governments tied to fighting cross-border terrorism. This hasn’t been easy on India but it has made India experienced in the nature of War on Terror and in the anatomy of terrorist organisations.

After the deadly attacks of 9/11, it came as a surprise that United States and NATO would choose Pakistan as its ally to fight terror. Of course, Pakistan, a nuclear nation, had been an ally of the United States during the Cold War when equations in the region were different; but in 2001, the erstwhile Soviet Union had disintegrated, the Cold War was supposedly over and a new world order had emerged.

In this new unipolar world, the United States had emerged as the sole superpower and new alliances and interests had come up in the region. The mujahideen who had been trained and armed by the United States to fight the Soviet Union were suddenly rendered jobless after the Soviets retreated from Afghanistan. This well-trained militia, which often worked as a mercenary force, now needed a new battlefield.

In this new world order, Pakistan still considered India as its mortal enemy and had designs of wresting away Kashmir. For that, they needed to raise more terrorist armies. In the vacuum that was left after the Soviet Union withdrew and the United States lost interest in the region, Pakistan quickly moved in. A bunch of mujahideen went to Pakistan’s Islamic seminaries and got radicalised to the extent that they morphed into the dreaded Taliban who wanted to impose sharia in Afghanistan and ridiculed the idea of human rights or individual liberty. Some others were trained by ISI, Pakistan’s spy organisation, and along with Pakistani recruits got involved in terror organisations whose sole job was to spread jihad in Kashmir.

Therefore, Pakistan’s footprints are all over Taliban who hosted Al Qaeda- a multinational terror organisation and local terrorist organisations that went on a killing spree in Kashmir. In the late 80’s and early 90’s when the United States was sitting pretty and gloating over winning Cold War, Islamist terrorism was raging and there was only one country fighting it — India.

As Kashmir bled, India tried to get the attention of the world to her own war on terror she was fighting on her soil. No one was interested. Far from understanding India’s plight, the Clinton Administration sanctioned India, created the Hurriyat Conference in Kashmir, which was Pakistan’s proxy organisation and kept strengthening Pakistan monetarily. Not only was Pakistan fully bankrolled by the United States, the original terrorist state was given full legitimacy by constantly hyphenating it with the vibrant and only true democracy in the region.

At the time when the United States has been comprehensively defeated by Taliban, propped up by America’s own ‘ally’ in War on Terror, and recognised by rogue regime of China, it is time for the civilised world community to sit up and ask some tough questions about the nature of Islamist terror and how it can be defeated.

Islamist terror organisations do not recognise geographical boundaries, nor do they understand the concept of nation-state. Islamist organisations may have disagreements amongst each other over how to reach their goal of imposing sharia on the entire human race, but they are all united in understanding who their enemy is. Every single infidel, non-believer is an enemy who must be eliminated and few who remain, must be subjugated.

Jihad is not a local uprising, but a global phenomenon. All jihad is connected and all terrorist organisations by virtue of having the same goal are part of the Global Jihad Network. Terrorist organisations come up with different alphabet soups like AQ, ISIS, ISIS-K, LeT, JeM, so on and so forth but these are merely different arms and legs of the same body. Even after the concept of Global Jihad Network has been proven true multiple times, why is the United States still playing the good terrorist vs bad terrorist game?

By raising the mujahideen as ‘God’s Army’, Americans were the first to give legitimacy and weapons to Afghan mercenaries who then morphed into hardened jihadists and used those weapons and training to attack America. Now, the United States is again set to legitimise the Taliban to fight ISIS-K. Jokes stop being funny after a while in geopolitics.

It is only India that understands the anatomy of terrorist organisations and that is why only India has been able to fight her war on terror successfully and effectively. It is only India that has been asking on the floor of United Nations Security Council year after year to define terrorism and imploring influential powers to stop playing sides and not put India in jeopardy again and again as American withdrawal from Afghanistan has done this time as well.

Fighting Islamist terror need not be as complicated as it is made out to be. It does not need experts who cannot even differentiate between Karzai and Ghani. It does not need think tank experts who still pronounce Iraq as “Eyeraq”. Not a big deal on paper, but it reflects aloofness and inability to understand the nature of the enemy. Fighting terrorism needs understanding of history and geography of where Global Jihad Network originates. It requires Washington to forget their obsolete Cold War lessons and understand that the headquarters of Global Terror Network still stand upright in Rawalpindi and it is only India that has been warning the world community repeatedly about this terrorist state.

Only India is poised to fight Islamist terror because it has civilisational memory of doing so for centuries. India has been wounded, devastated and damaged but she has never stopped fighting and has never given up. She has also never differentiated between good and bad terrorists.

The United States has rewarded Pakistan for its geography again and again. India needs no rewards, but if the United States still wants to fight terror for its own sake and to retain its ‘leader of the free world’ tag, it should understand the unique civilisational and geographical advantage India has and rally behind it to fight the barbarians who are at the doorstep.