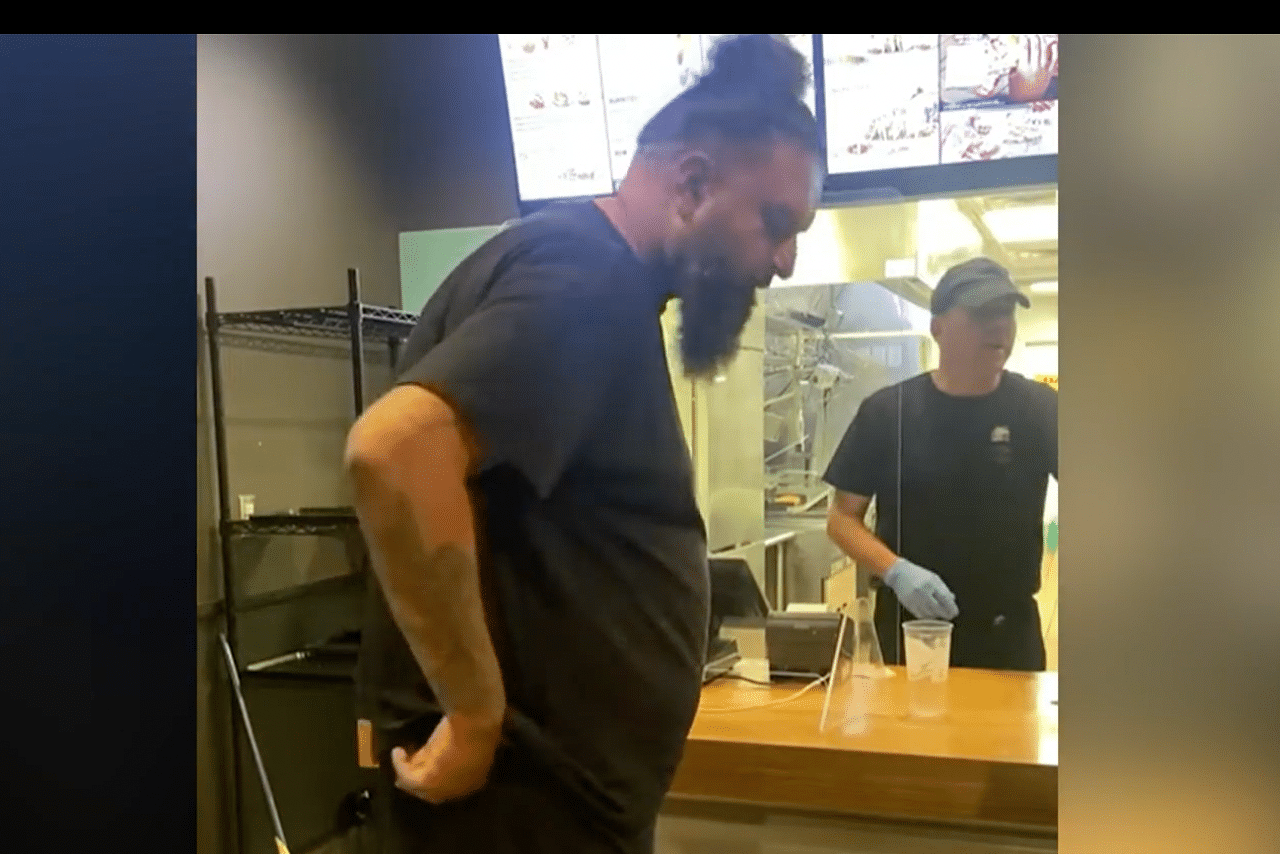 An Indian-American man has been racially abused by a compatriot in the US state of California who hurled racist slurs that he is a 'dirty Hindu' and a 'disgusting dog,'' days after another hate crime was reported against four women from the community in Texas.

Krishnan Jayaraman was verbally attacked by 37-year-old Tejinder Singh in the Taco Bell at Grimmer Boulevard in Fremont, California on August 21, NBC News reported on Wednesday.

Tejinder, of Union City, was charged on Monday with a hate crime in violation of civil rights, assault and disturbing the peace by offensive language, the Fremont Police Department said.

Tejinder was listed in charging documents as 'Asian/Indian,' the report said.

Krishnan Jayaraman was waiting to pick up his order, when another patron took aim. The nearly 8.5 minute of video showed Tejinder spewing anti-Hindu speech, directed at Jayaraman.

Tejinder told him: “You’re disgusting, dog. You look nasty. Don’t come out in public like this again.”

In the foul-mouthed rant, Tejinder called him a 'dirty Hindu,' repeatedly used the N-word, insinuated that Jayaraman didn’t eat meat and yelled “beef!” in his face. He appeared to spit at Jayaraman twice in the video.

At one point Tejinder was seen saying: '...this ain’t India! You...India up, and now you’re...America up,” the report said.

Even more shocking to Jayaraman, he recognised the way the man was pronouncing Hindi words and how he also spoke Punjabi, ABC7 News reported.

In the last few minutes of the recorded attack, Jayaraman believes the man revealed what may have been his motivation.

Jayaraman explained, "Toward the end of the video, he said the late Prime Minister's [Indira Gandhi] name and threw an f-bomb at it. And then I realized, oh my god, he may be Indian."

The behavior, Jayaraman said, aligns with separatist Khalistani movement in northern India -- one that has created high tension across in North America.

"That group, the Khalistan group was deemed a terrorist organization in India," Jayaraman told ABC7 News.

“I was scared, to be honest with you. I was infuriated on the one hand, but I was scared that what if this guy becomes too belligerent and then comes after me?” he told NBC Bay Area.

“I’m not here to pick a fight with you,” Jayaraman said. “What do you want? He said you know you Hindus are a shame, disgusting. Then he spat on me,” KTLA.com website reported.

Jayaraman says that’s when he and a restaurant employee called Fremont police. He says the man continued yelling for more than eight minutes.

The police chief later addressed the community on social media.

Police Chief Sean Washington wrote: 'We take hate incidents and hate crimes seriously, and understand the significant impact they have on our community. These incidents are despicable. We are here to protect all community members, regardless of their gender, race, nationality, religion, and other differences.'

'We would like to urge the community to be respectful of each other and to immediately report any circumstances such as this that, upon investigation, may rise to the level of a crime. In the event of a hate crime, we will devote all available resources to follow up and investigate. Fremont is one of the nation's most diverse communities, and we are thankful for the contributions of community members from different cultures and backgrounds,' the statement said.

On Friday, four Indian-American women were racially abused and smacked by a Mexican-American woman in the US state of Texas who hurled racist slurs at them that they are 'ruining' America and should 'go back to India'.

The incident took place on Wednesday night in a parking lot in Dallas, Texas. The woman, identified as Esmeralda Upton, has been arrested.

The incident has shocked the Indian-American community across the country.