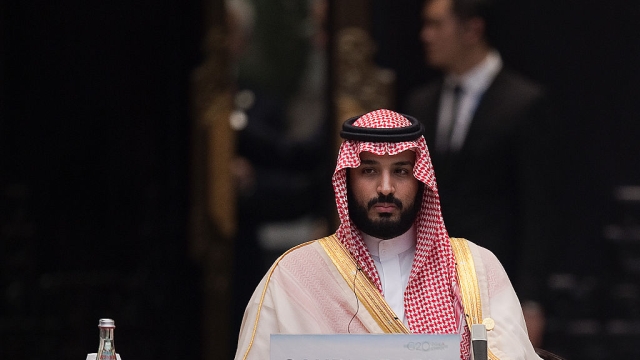 Saudi Arabia’s Crown Prince Mohammed bin Salman does not need a coup to wear the King’s gown. He is first in line to the throne. But Crown Prince Mohammed is taking Lord Varys’ saying too seriously who said that power resides where men believe it resides. He is on a mission to assert his authority.

Since the crown of the kingdom transferred to his father Salman from former King Abdullah two-and-a-half years ago, he is on a grabbing-power spree.

On 1 November, he initiated a dangerous power play and arrested Saudi Arabia’s most prominent and richest individuals, who happen to be princes, under the garb of anti-corruption drive. A couple of them died mysteriously in helicopter crashes – it was probably too dangerous to even arrest them.

The most prominent among those arrested was billionaire Prince Alwaleed bin Talal – the country’s richest person and who has millions of dollars of investment in international entities like Twitter, Citigroup, Apple, News Corp, etc. According to Bloomberg, Prince Alwaleed’s net worth is $19 billion with holdings worth $9.6 billion in his investment vehicle Kingdom Holding Company, $4.1 billion in Saudi Property, $2.6 billion of international investments, over $600 million worth shares in Twitter and an equivalent amount of worth in jewellery, yachts, planes, cash and furniture.

Saudi Kingdom’s second (Mohammed Al Amoudi, worth $10.1 billion) and fifth richest (Saleh Kamel, worth $3.7 billion) persons as well as Osama Bin Laden’s brother and construction mogul Bakr Binladin were also under arrest. In total, princes worth $33 billion were hauled up in the anti-corruption drive and are being housed in Riyadh’s Ritz-Carlton’s hotel. The kingdom’s third and fourth richest princes were not touched and are safe, for now.

After the arrests, the shares of Kingdom Holding, owned by Prince Alwaleed, took a hit so did those of the firms with which the arrested princes were somehow linked. As BBC reported, Alwaleed’s stock has lost more than 11 per cent in the past two days, and is trading at its lowest level since 2011 – the year when Middle East plunged into civil wars courtesy Arab Spring – revolutionary movements that swept through the Middle East region that year. However, Saudi Arabia was not affected.

Has Saudi royal family, and the Crown Prince in particular, learnt some lessons to avoid such uprisings in their own kingdom? Crown Prince Mohammed hinted something similar recently when he kickstarted a $500 billion economic zone project.

“We didn’t know how to deal with it. And the problem spread all over the world. Now is the time to get rid of it…. We are a G20 country. One of the biggest world economies. We are in the middle of three continents. Changing Saudi Arabia for the better means helping the region and changing the world. So this is what we are trying to do here. And we hope we get support from everyone,” he added.

For good measure, he further noted: “We are simply reverting to what we followed – a moderate Islam open to the world and all religions. Around 70 per cent of the Saudis are younger than 30, honestly we won’t waste 30 years of our life combating extremist thoughts, we will destroy them now and immediately”.

The latest arrests of wealthy and influential princes appear to be only one episode of a grander, more riskier chapter that is being written in the Middle East politics. Crown Prince Mohammed is going for the kill. Two years ago, under his leadership, Saudi Arabia launched ‘Decisive Storm’ operation, a military offensive in Yemen, where Houthi rebels supported by Iran were up in arms against Saudi-backed government of President Abdrabbuh Mansur Hadi. Thousands of men, women and children as a result have perished with international community turning a bind eye to the ongoing massacre of civilians.

Two days ago, Lebanon Prime Minister Saad Hariri resigned when he was on his visit to Saudi Arabia citing assassination threats from Iran and the Shia country’s meddling in his country’s affairs. He blamed Iran for creating a state within a state by propping up Hizbollah. These developments may throw the country in chaos. Israel has been on alert and conducting exercises on its northern border with Lebanon and Syria for some time now.

When all this was transpiring, Saudi alleged that Houthi rebels have fired a ballistic missile towards Riyadh, the kingdom’s capital. This would only worsen the ongoing war in Yemen. Is Crown Prince Mohammed slowly building a case for a war against Iran? If that’s the case, he would definitely have the blessings and full support of US President Donald Trump, who cheered Saudi Arabia’s latest purge in a series of tweets.

But how does the arrests of prominent people fit in the overall scenario? This could be simply to confiscate the wealth to revive the failing economy or fund wars. According to Al Jazeera, no fan of the kingdom, “removing the head of the National Guard and a one-time contender to the throne is an obvious play to consolidate power by Bin Salman.” The detention of the rich is to send a message to the wealthy – pay up or go to jail.

It is certain that whatever goes on in Middle East won’t stay there and will have global consequences. The price of crude oil has already shot up to $62 a barrel.

And this is just the beginning.