Ukraine War: Who Gains From The Nord Stream Pipelines Disaster? 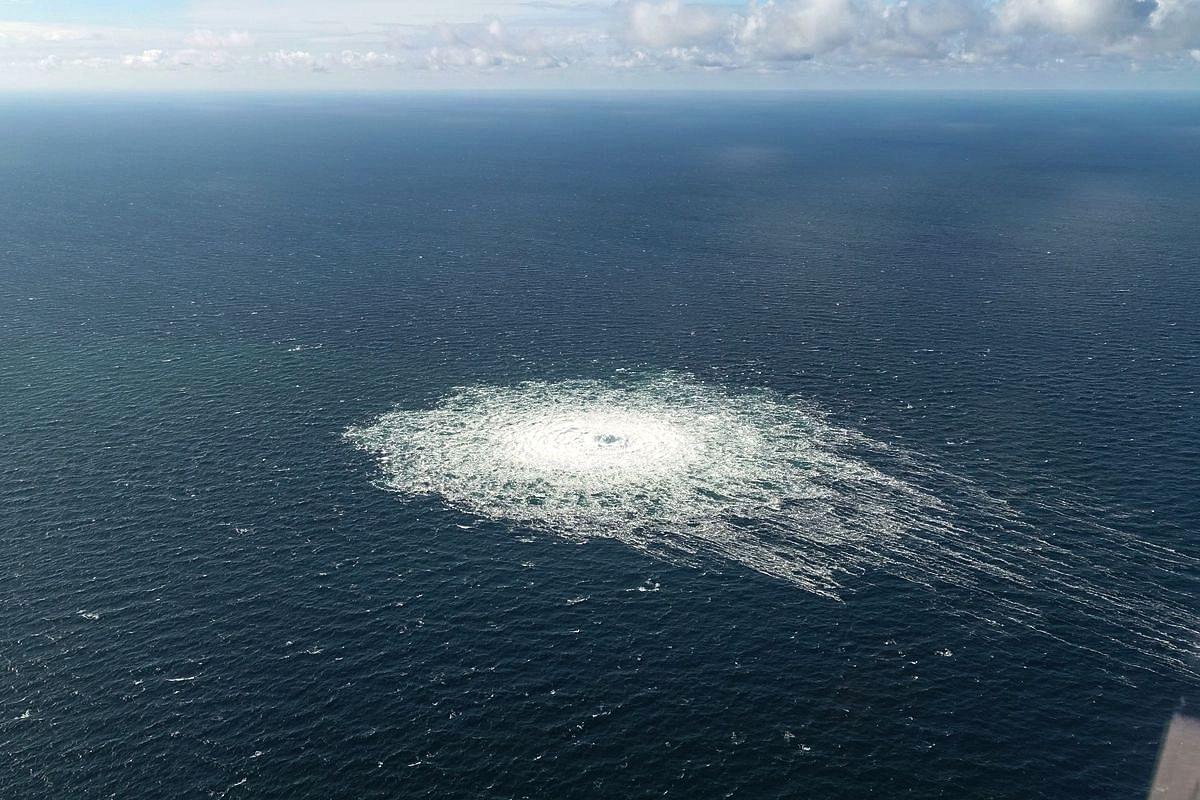 These aren't just any leaks: Russia’s Nord Stream 1 and Nord Stream 2 natural-gas pipelines are leaking gas into the Baltic Sea. The day before, Danish and Swedish government agencies had registered unexplained submarine explosions.

Twelve hours later, the crew of a vessel on the Baltic Sea noticed leaks on the water surface. By 7pm, the monitors picked up more explosions, and a little over an hour later reports of new leaks arrived. The explosions and the leaks turned out to be in the same area.

Scandinavian seismological experts and political leaders already agree that the explosions were a deliberate act. Who set them off?

Some are blaming Russia and some are blaming the US. Oddly enough, the former foreign minister of Poland and the journalist Anne Applebaum's husband, a strong supporter of Ukraine, in a celebratory mood tweeted 'thank you USA'.

The reasoning behind the claim that US did it is that US benefits most from it.

As the winter approaches, even Europe was beginning to rethink its commitment to the war, this sabotage has ensured that there is no way for countries like Germany to back out now and any leverage that existed to phase out the sanctions against Russia, no longer does, after the pipelines have been damaged.

Those who believe that the US did it, base their claim on the basis of the fact that - before the Nord Stream pipelines were sabotaged, there was a way for some European countries (Germany for example) to walk back from the conflict, due to the crucial role of cheap Russian energy in the viability of Germany's manufacturing sector.

Damage to the pipeline ensures that Germany will not walk back from the conflict as there is no incentive for ending sanctions now. What is the point of walking back from the sanctions when there is anyway no possibility now of Nord Stream pipelines delivering energy to Germany.

In other words, it is the US burning the only bridge that existed, using which Germany could walk back from this conflict. US doesn't want the risk, so to say, of allowing Germany to make that decision for itself. US has already decided on behalf of Germany and by sabotaging the pipelines it has ensured that Germany has no option other than complying.

"The Nordstream 2 pipeline allows Russia to send gas to Western Europe without paying transit fees to Ukraine and Poland. Russia just completed it in the teeth of massive opposition from Ukraine, Poland and USA.

Now they are trying to convince you it was Russia who blew it up," said Craig Murray, former British ambassador.

Some people are asking that - Nordstream 1 stopped its transit on 31 August 6am, and that on 2 September Russia shut down the transit indefinitely - Nordstream 2 had no flow. How is it possible there is a leak in a pipe with no transit?

Well, the leakage is mostly from Nord Stream 1. The pipe is 100 meter underwater, it had to be filled otherwise the pressure would have destroyed it, and therefore it was filled with Methane gas (this is the gas which is leaking now) to keep it from cracking under water. The gas was not flowing but was simply stored there.

There are many who believe that it was Russia who sabotaged the pipelines. This view is best laid out by Emma Ashford of the Stimson centre.

"Who did it? The short answer is: we don't know, and we won't know for some time, unless the WH chooses to declassify info. But we can at least parse the possibilities:

1) Russia did it. Four potential explanations for why:

2) Someone else (not Russia) did it. Several possibilities, all fairly unlikely.

There's no way to know, but any explanation here requires someone to make a stupid strategic choice. My money is on Putin, who's been making them all year.

It must be flagged that this pipeline was being worked on for a long time and the coincidence is most likely just a coincidence and nothing more.