Unidentified Aerial Phenomenon (UAP) – What Is The Pentagon Going To Announce Next Month? 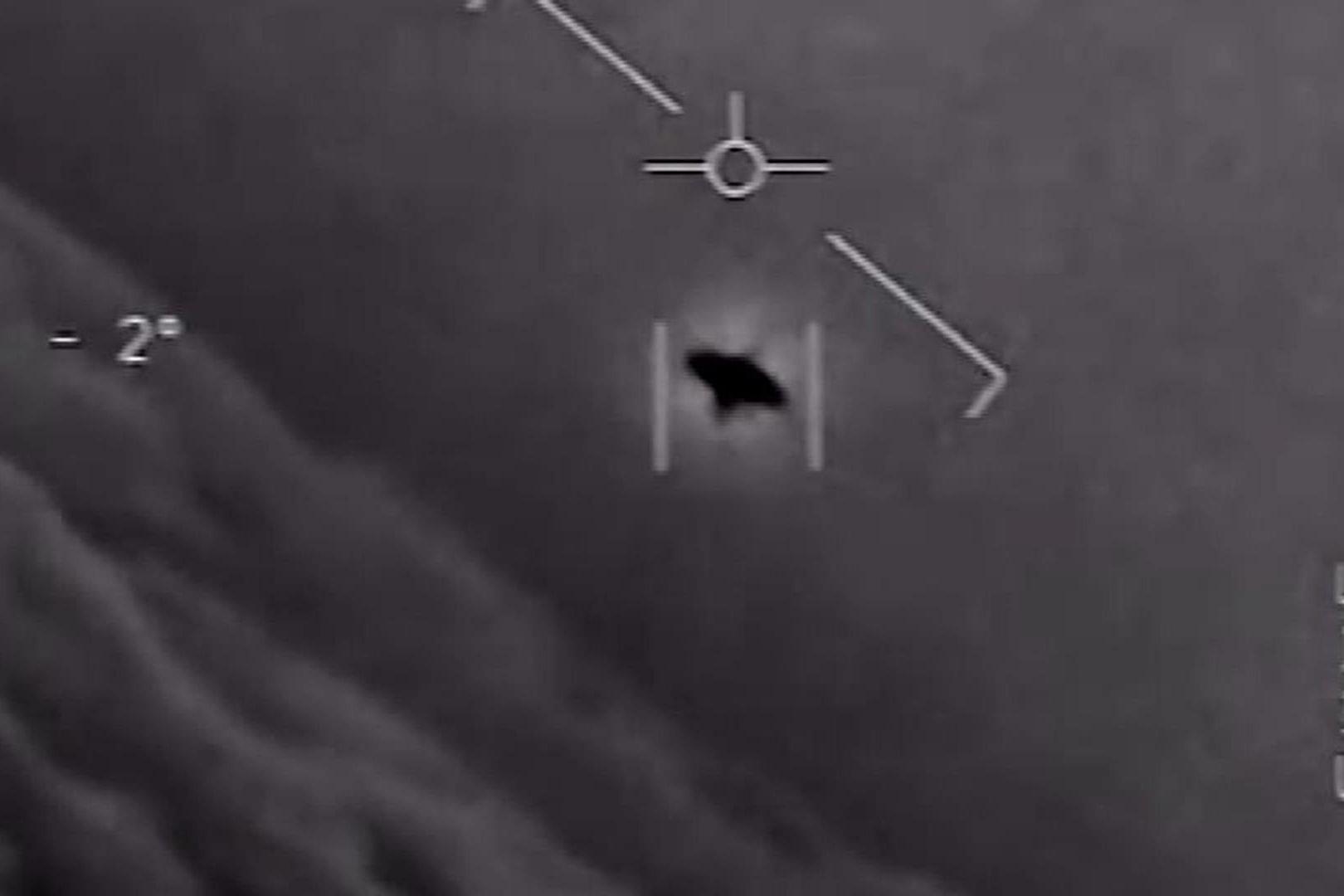 Screengrab from the Nimitz footage

It may be time to speak of something other than COVID, and what better subject than Unidentified Aerial Phenomenon (UAP). It appears the US defence establishment has figured that, since the world is in a state of mental disorientation anyway, it is the moment to inject another source of uncertainty so that everyone gets accustomed to an epoch-defining possibility with resignation.

UAPs used to be known as UFOs. But this description has achieved such a stigma over the past decades that it appears anyone with serious intent must avoid it, for fear of immediately being labelled a nutcase (present company included). So, we shall call them UAPs.

The thing is, along with the change in designation, there appears to be some change in the way the phenomenon is now being addressed, which is the reason why this article itself has been written.

Let’s start with this: On Dec. 27, 2020, then President Trump signed into law the COVID Relief Bill. Attached to that bill, in the “Committee Comments” section was a rather unusual instruction to the Director of National Intelligence under the header “Advanced Aerial Threats”.

In that section, the Senate Committee demands “a report within 180 days of the date of enactment of the Act, to the congressional intelligence and armed services committees on unidentified aerial phenomena (also known as ‘anomalous aerial vehicles’), including observed airborne objects that have not been identified.” The report must be issued before end June 2021.

Why now? Any number of reasons have been suggested, apart from the one mentioned above – i.e. to take advantage of the psychological state of much of the world population to offer a bit of information that will leave them resigned rather than angry, disruptive or just in a state of panic.

Others include the possibility that (a) there is now simply too much credible evidence on UAPs to hide from the general public, (b) to protect civilian and military airborne assets and humans a process needs to be put in place to address the issue in public, (c) a real threat to national/global security is perceived, (d) it is just another budget expansion exercise by the US military hawks, etc.

What has increasingly become evident ever since 2017 is that valid information is accumulating to a point where casual dismissal is no longer sensible. Credible, highly-credentialled people are willing to stand up and state it in public, even at the risk of being labelled a loon. But it has taken a long time coming.

Consider that the main incident which is getting traction in the US today – the Tic-Tac encounter - happened on Nov. 14, 2004, nearly two decades ago. There were other similar incidents then, and since, but the Tic-Tac observation has gained particular validity because it was observed by four US Navy Pilots over a period of “about 5 minutes” – according to Commander Dave Fravor, who led the team that observed it.

Cmdr. Fravor and Lt. Cmdr. Alex Dietrich, who was flying the second F-14 on that day, speak at some length in a 60 Minutes show on the subject. That has injected a high level of credibility to the whole discussion, both these officers are regarded as reliable people not given to flights of fancy.

The slightly reluctant, even conservative, approach by Cmdr. Dietrich in particular, where she says she “felt confused” when the Tic-Tac “disappeared”, while still cautioning against a “jump to conclusions” reinforces the sense that this is not something out of the collective imagination of two fighter pilots and the Weapons Systems Officers sitting behind them in their jets.

The Tic-Tac encounter’s authenticity is backed up by another US Navy pilot from the Nimitz. Chad Underwood, who refers to David Fravor as his “boss”, flew out after Fravor landed. Underwood recorded the actual video that has become famous now. He, in fact, was the one who first compared the flying object to a Tic-Tac.

Here is an extensive (and no-nonsense) interview with Underwood done on Dec. 19, 2019 by Matthew Phelan in the New York Intelligencer.

Adding further weight to the reliability of the Tic-Tac sighting, Sean Cahill, US Navy Chief Master at Arms of USS Princeton (part of the Nimitz Battlegroup), gave an interview on CNN confirming the story. In that same interview, Christopher Mellon, former US Deputy Assistant Secretary of Defense for Intelligence, can be seen reinforcing the claims of these and other encounter cases.

Recall now, that the Tic-Tac incident happened in 2004, and it is only since 2017 that the principals involved have been talking about it. And that came about because of an article in the New York Times in December 2017, by Ralph Blumenthal, Helene Cooper & Leslie Kean which set the ball rolling.

That NYT article itself happened because Luis Elizondo (former director of the Pentagon’s Advanced Aerospace Threat Identification Program – AATIP) and the aforementioned Christopher Mellon approached Leslie Kean, who has over decades acquired a reputation as one of the most objective observers on the subject of UAPs.

Back to the present. The thing is, today, we do not need to depend just on the words of the people mentioned so far. There is a large amount of electro-optical information (from the radar data of the Nimitz Battle Group & from the F-14 jets’ Forward Looking Infrared – FLIR – pods) to back up their descriptions.

The three videos released so far were declassified by the US Defense Department (Elizondo’s last successful bureaucratic manoeuvre before he resigned from AATIP). There have been statements from various parties hinting much more information will come out in the weeks ahead, from this and other sightings.

Former US Director of National Intelligence John Ratcliffe said in an interview with Maria Bartiromo of Fox News: "There have been sightings all over the world…And when we talk about sightings, the other thing I will tell you, it’s not just a pilot or just a satellite or some intelligence collection. Usually, we have multiple sensors that are picking up these things."

Note that up until now, there has been no mention of extra-terrestrials or aliens, or anything of that sort. This is partly because of the stigma attached to that sort of speculation.

It is also a realistic posture because in the US these phenomena are viewed primarily from a “security threat” perspective – from human adversaries on the surface of Earth – with Russia and China named most in all the links provided. Also note that the people referenced in this article are current or former US government or military officials.

What does all this mean?

Here is a prediction. The DNI’s report which will be tabled next month, is not likely to go beyond saying that there are things flying out there, and possibly active under the sea as well, that we are not able to identify. They will most probably not refer to them as being from outside our planet.

They will not need to. Additional information might well be released, speculating mainly on some unnamed earthly adversary that has on its own shifted into a completely new paradigm in terms of physics, propulsion, materials, communications and trans-medium transportation (surface, subsea and space).

If so, that country would also have successfully - and in total secrecy from the rest of the world - built various types of industries to support this capability. In the unlikely event that this is what has actually happened, the world will be transformed.

If that is not the case, the revelations to come next month would mean something entirely different. Disorienting as this may sound, it would mean there is a non-human (to the best of our knowledge) intelligence out there, or already here, that is actively observing planetary activity, at the very least.

Coming at this time, at the start of the third millennium, and on the back end (hopefully) of a devastating global pandemic, it could well set the tone for the rest of mankind’s existence.

Yes, it is that big a deal – whatever the answer to the origin of the UAPs are. What it means for human beings is quite something else and will need another article.