What Is The Chinese Trilemma? 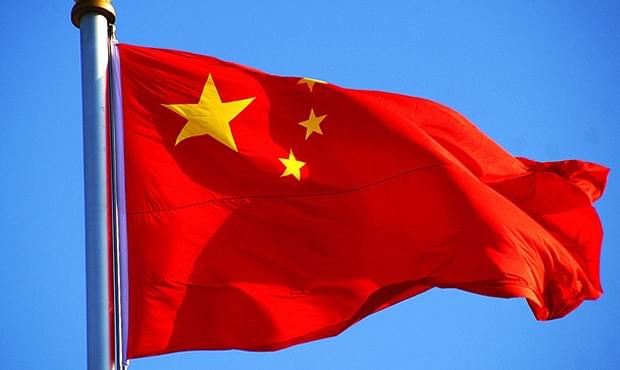 Why did China allow a gradual depreciation of the yuan against the dollar over the last six months?

For more than eighteen months, the total amount of dollars leaving China has been higher than the dollars coming into it. The Chinese foreign exchange market is heavily rigged by the Chinese central bank. In a freer environment, as dollars would have left China, those taking their money out of China would have sold yuan and bought dollars. This would have pushed up the demand for dollars.

In the process, the dollar would have appreciated and the yuan depreciated. China has intervened heavily in the foreign exchange market over the years to ensure that the yuan has had a more or less fixed value against the dollar, for extended periods of time.

In an environment where more dollars are leaving China than entering it, fixing the value of the yuan against the dollar is a tricky thing to do. People taking their money out of China need to sell yuan and buy dollars. In a freer market, this would mean the yuan depreciating and the dollar appreciating. In order to maintain a fixed value, the Chinese central bank has to intervene.

In order to ensure that there is no scarcity of dollars in the market, it buys yuan and sells dollars. The trouble is that China cannot create dollars out of thin air, only the Federal Reserve of the United States can do that. China does not have an endless supply of dollars. This explains why the People’s Bank of China has allowed a gradual depreciation of the yuan against the dollar over the last six months. In August 2015, one dollar was worth around 6.30 yuan. Currently, one dollar is worth around 6.57 yuan.

Over and above this China also faces what economists call “the impossible trinity” or simply the trilemma. This essentially means that any central bank cannot pursue a stable exchange rate policy, allow a free movement of capital in and out of the country and at the same time run an independent interest rate policy.

How is this applicable in the Chinese case? For more than eighteen months, the total amount of dollars leaving China has been greater than the total number dollars entering it. The Chinese central bank has defended the value of the yuan against the dollar (i.e. tried to have a stable exchange rate) by selling dollars and buying yuan.

When it does this, it leads to a scarcity of yuan in the financial system. This is likely to push up interest rates. Given that economic growth has been slow, a higher interest rate is not something that the Chinese central bank wants.

And this is where the trilemma comes in. If the People’s Bank of China wants a stable exchange rate against the dollar and a reasonably free movement of dollars into and outside China, then it loses control of the interest rate that it wants to set in the economy.

If it wants to control the interest rate in such an environment, then it needs to print or create yuan digitally and pump it into the financial system. This will ensure that there are enough yuan going around and interest rates will continue to remain low. But the moment there are enough yuan going around, yuan will again start to depreciate against the dollar.

As Banerjee points out in a recent research note titled Economic Trilemma and China:

It is estimated that between USD 1-2 trillion of unhedged carry trades may been floating in the Chinese economy (the guys who have borrowed in US Dollar and invested in Yuan interest rate to capture the interest rate differential) by the end of 2014. A sharp and swift depreciation in the value of the Yuan can cause these players to panic, which may lead to a situation of run on the financial system.

What this means is that if the value of the yuan depreciates rapidly against the dollar, a lot of investors who have invested in China would suddenly need more yuan to buy the dollars they need to pay off their dollar debts. This would lead to a situation where these investors would sell yuan to buy dollars, in order to pay off their dollar debts.

It is worth remembering here that further the yuan falls in value against the dollar, more will be the yuan required by these investors to buy the dollars they need to repay their dollar debt. In order to limit this, many investors would want to sell yuan and buy dollars at the same time, before the yuan falls any further.

In order to avoid this situation, the People’s Bank of China will have to keep selling dollars and buying yuan. But there is only so many dollars that the Chinese central bank has. As Banerjee says the situation can lead to a run on the financial system.

This is primarily because even though the Chinese have more than three trillion dollars as foreign exchange reserves not all of it is liquid. As I had discussed in an earlier column, these reserves are invested in financial securities all over the world. And not all of these securities can be sold immediately to get dollars in order to defend the value of the yuan against the dollar.

Wei Yao and Jason Daw of Societe Generale in an August 2015 report estimated that the ar chest of People’s Bank of China “is sizeable, but not unlimited.” “We think that $1 trillion is the absolute maximum the People’s Bank of China can sell,” they wrote. Between July end and December end the Chinese central bank has sold around $321 billion in order to defend the value of the yuan against the dollar. They still have a lot of money left, but things could get tricky if money keeps leaving China.