What Is The Future Of India’s Chabahar Venture? 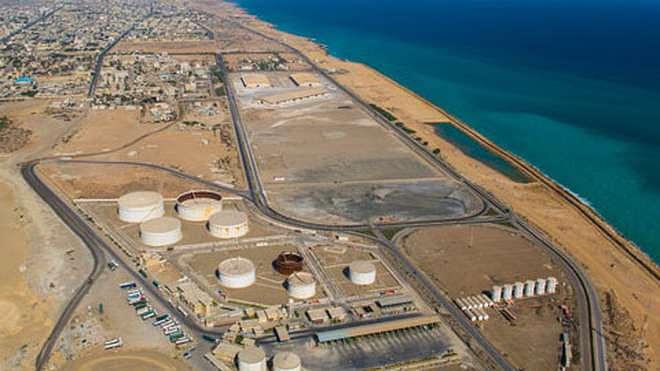 When Prime Minister Narendra Modi visited Iran in May 2016 and the India-Iran-AfghanistanTrilateral Agreement on Establishment of International Transport and Transit Corridor was signed, many were apprehensive about the implementation of the project, even the Iranians themselves. This is because Iran had seen many an Indian promise and also heard many platitudes about the depth of the historic Iran-India relationship but none of that had seemed to ever fructify. A larger agreement on the development and use of Chabahar was in the offing but hanging in suspense since 2003.

What the Modi government has been able to achieve through the recent actualisation of Chabahar as a conduit for Indo-Afghan trade is in effect something strategic. Its furtherance may well turn relationships and geopolitics in the region on their head. However, for now there is a churning in “the great game” politics of the region because of which there is large-scale uncertainty about the future. Amid this, the actualisation of the trade and transit treaty is actually an achievement of no mean proportions; however, the furtherance of it is going to be a challenge.

On 29 October 2017, the first of six shipments totaling 1.1 million tonnes of wheat, which India is gifting to the government of Afghanistan, left Kandla (Gujarat) for Chabahar. Indian External Affairs Minister Sushma Swaraj and Afghan Foreign Minister Salahuddin Rabbani observed the first shipment through a video conference. An Indian statement noted, “The two Foreign Ministers welcomed the fact that this is the first shipment that would be going to Afghanistan through the Chabahar port after the trilateral agreement”. The event drew greater notice when the consignment arrived at Chabahar.

However, it is good to remain informed about the conduits in the region, which are hopefully going to get India and Afghanistan better connected for the fairly large potential of trade which exists between the two countries. India constructed the $135 million 218km-long Zaranj-Delaram highway in west Afghanistan that runs to the Iran border. Iran on its part, constructed the 635km road connecting Chabahar to Zahedan and improved the 206km stretch to Zaranj on its side of the Iran-Afghan border. What is the real significance of this actualisation?

The state of India’s relations with Pakistan has never permitted optimum economic and trade activity between the two countries, let alone any facilitation of Indo-Afghan trade. This is the status despite the clear advantage, which could accrue to Pakistan. From 1992, ever since the Central Asian Republics (CARs) came into being, India has sought overland access through Pakistan but has been denied that. The only other alternative to the creation of expensive air freight corridors to CARs and Afghanistan lies in the exploitation of the territory of Iran, with which India has had a good but insufficiently realised relationship. First, the geopolitics, and then the regional and global factors have prevented the actualisation of an interests-based relationship.

The geopolitics we refer to here primarily concerns two aspects. First, the United States (US) sanctions which forbade trade including energy, and second, despite the strategic cooperation over Afghanistan, being unable to take the relationship to the next level. In fact, the compulsions of that situation have never been sought to be overcome through intelligent alternatives and sufficiently robust pursuance. That is something the Modi government can take credit for turning around and starting to walk the talk.

However, the move of Indian consignments to Chabahar and beyond may still be considered a baby step in the way ahead. Two developments and a few observations are of interest in this regard. First, things were different in May 2016; the Iran nuclear deal signed some months earlier had created a positive environment. Iran was opening up to the world and the people who visited Tehran and Chabahar spoke of the rush of businesspersons from all over the world. That situation has obviously changed, although interest in Iran still continues. The election of Donald Trump and the doubts cast on the nuclear deal has created an uncertainty, which is never good for investments and business.

Second, the situation in the Middle East has changed with the vanquishing of the terror group Islamic State in Iraq and Syria and Bashar al-Assad’s adversaries in the Syrian civil war. The Levant is open to increasing Iran-Russia influence. The attempts at isolating Qatar by the Saudi-led grouping of Egypt, Bahrain and the United Arab Emirates, has drawn Doha closer to Tehran. Both these events have taken the focus of Iran towards its western boundaries. Interestingly, the Iran-Russia cooperation also appears to be moving east into Afghanistan.

The US Defense Department accuses Moscow and Tehran with allegations that Iranian Revolutionary Guard forces routinely fight alongside the Taliban militias in Afghanistan, and that Russia had distributed small arms to Taliban fighters via Iranian proxies. This has prompted US President Trump to place greater reliance on India to play a proactive role in Afghanistan; the US to India advisory stopped short of a demand for Indian boots on ground in west Afghanistan. It also led the US to make renewed efforts for cooperation by Pakistan to stop support to some of the terror networks of the Taliban, such as the Haqqanis under Sirajuddin Haqqani.

However, there has been little response to that urging. On the face of things, Afghanistan appears to be replacing Syria as the new conflict zone for the contestation of big-power strategic space. The US influence in the Middle East having partially diluted with the Iran-Russia success in Syria, cannot be upended in Afghanistan too. That is the current concern and India could be led into the vortex of this situation quite by default.

So where does all this leave the economics of India’s Chabahar trade route to Afghanistan? India has to tread carefully as it is seen to be firmly in the US camp. The US still holds the keys to the nuclear deal remaining in tact or being abrogated. Iran, bolstered by its recent strategic success in the Middle East and riding on the strength of its relationship with Russia, may have alternative yet undetermined ideas about the future of Afghanistan in which the Taliban and Pakistan would find favour.

Thus, there is no sense of finality for which way the future of India’s Chabahar venture will progress. As it is, once the consignment of wheat from India reaches Zahedan, the progress to Delaram and beyond to Kabul by the road route is open to threats by the Taliban, which controls much of west Afghanistan. Unless there is Iranian cooperation, with the Taliban on board, to ensure the safety of vehicles, this may become another major contestation between Indian and Pakistani agencies in Afghanistan. It may also be remembered that Indian presence in the Sistan and Baluchistan province of southern Iran is being stoutly resisted by Pakistani intelligence.

The kidnapping of the Indian former naval officer Kulbhushan Jadav is a case in point. With increasing trade through Chabahar, the ire of Pakistan’s Inter-Services Intelligence will only increase and the repetition of such cases could occur to discourage Indian access to Afghanistan through this route, which is seen to be a manoeuvre around Pakistan’s flank.

Thus, this is a good, timely initiative by India to keep its stakes in Afghanistan alive as much as to ensure that it remains a serious player in the game over Chabahar. The future dynamics of regional and global geopolitics will ultimately decide which way the cookie crumbles on Chabahar.