What Lies Beneath The Replacement Of The German Navy Chief 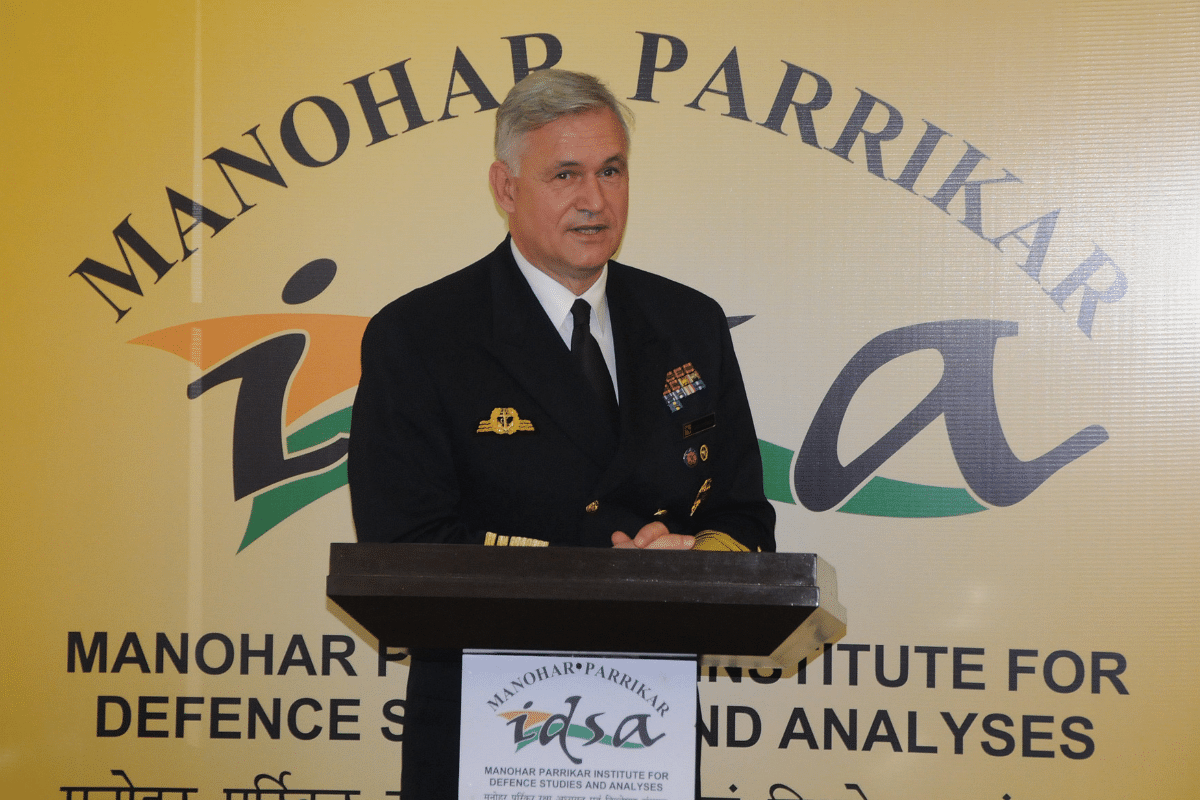 The German Chief of Navy Vice Admiral Kay-Achim Schönbach has been obliged to step down from his role following comments he made in the last couple of days during a question-answer session at the Institute for Defence Studies and Analyses (IDSA) in New Delhi. This is an unfortunate turn of events, though possibly an inevitable one.

Vice Admiral Schönbach likely had to step down not because he spoke his mind about the "Ukraine invasion" drama that is unfolding in Europe, but possibly because it revealed in some measure what official Germany thinks. He was in uniform.

Now, it is certainly going to be denied, but many of the points he made are spot on. His observations on China are undeniable (hope no one missed that throwaway on Turkey as well). His view of the posture towards Russia is common sense, really.

Is Russia a threat to Ukraine? Certainly, if Ukraine decides to get too close to the North Atlantic Treaty Organization (NATO)/European Union (EU). Big powers have their "backyards", and, by fate of history, Ukraine is one of them, not to mention the substantial ethnic Russian population there. Mexico or Canada would be, too, if Russia or China decided to bring them into a military alliance.

It is by acknowledging and respecting these backyards that stability has been maintained for a relatively long time in Western Europe.

Russia, rightly one might say, lost imperial control over its "near abroad" with the collapse of the Soviet Union. That does not mean, however, that the countries that emerged on its boundaries had no responsibility for maintaining strategic balance to ensure their own stability.

The question that might be asked is this: Do countries like Ukraine (or Georgia) have no right to join politico/military groupings like EU/NATO? How is that justifiable? This is what lies at the centre of the ongoing standoff.

The United States (US)/EU/NATO position is that this right is inviolable. Moscow does not really take a view on the principle. Rather, it only acts on the reality that if these countries join these alliances, then a Russian security redline is crossed.

The redline has been communicated since Soviet times and — following claimed verbal assurances between the Russian and NATO leaderships — after the collapse of the Union of Soviet Socialist Republics (USSR).

However, this redline has been constantly tested since then. Both the US (we are really talking about America when we refer to the EU and NATO) and Russia have been steadily spiralling into an action-reaction sequence that has led the continent to where it is now.

Everyone has their view on who started this sequence, usually coloured by their political preferences of decades — or if you are in your thirties or younger, by the narrative you happened to latch on to.

Things are not yet at a knife-edge, but could soon be. This is at the core of what Schönbach’s comments touched at, and why he had to step down.

The West Europeans do not want a war with Russia at this point, or possibly at any point. Everyone knows that should a confrontation occur, the first country to be destroyed would be Ukraine.

One hopes that the government in Kiev has factored this into their calculations, whatever those might be. From their rather enthusiastic posturing at this point, one has reason to doubt that.

The solution to this sort of situation globally can only come from wise leadership, primarily from the buffer states in any such circumstance. There must be internal acknowledgement by Ukraine that while its right to join EU/NATO must be inviolable in principle, exercise of that right would be detrimental to regional stability.

Kiev’s actions must flow from there, perhaps in a parliamentary resolution, and a responsible acknowledgement of Russian redlines. Moscow must also acknowledge Ukraine’s rights in principle. It must recognise that for Kiev to keep those rights in abeyance requires carrots, and the stick must be invisible.

On a higher level, the US, the EU (Germany), and Russia must put an end to the needless needling of each other on this strategic frontline, which is vital to global stability, and get back to the business of doing business. There are other, larger and more substantial threats to counter.