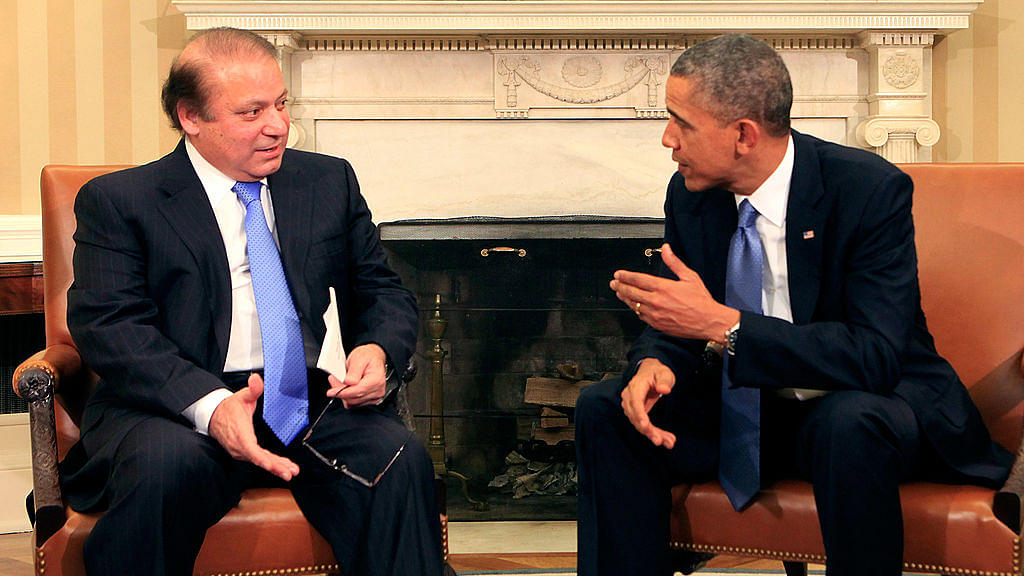 In a stunning development this week, the Obama administration announced that it is withdrawing subsidies offered to Pakistan under the Foreign Military Financing (FMF) program. Pakistan had originally sealed a deal to buy eight F-16s from the United States, with Washington financing most of the $699 million through the FMF. But the White House has now revoked that offer. “Key members [of the US Congress] have made clear that they object to using Foreign Military Financing (FMF) to support it,” the US State Department’s spokesperson John Kirby said.

The withdrawal of financing for the F-16s is only the latest in a list of episodes which suggest growing disenchantment with Pakistan in Washington. Early this March, two senior Senators from either side of the political spectrum – the Senate Foreign Relations Committee Chairman, Republican Bob Corker, and the Democrat Senator Ben Cardin – had said that they won’t support funding for Pakistan under the FMF, until it demonstrated “behavioural changes”. In the same month, Under Secretary of State Rose Gottemoeller expressed concern over Pakistan’s deployment of battlefield nuclear weapons.

Yet, the F-16 deal is by far the most significant high-profile casualty of worsening ties between the US and Pakistan. In a column for The Express Tribune shortly after Washington’s announcement, former Lieutenant-General of the Pakistan Army Talat Masood detailed out why the F-16 has such a special place in Pakistan’s defence relationship with the United States. “For Pakistan, in the 1980s, the F-16 symbolised its strong alliance with the US and the West,” Masood wrote, “It fed the Pakistan military’s pride to aspire for the best in technology … [For] state-of-the-art and high technology items, there is still no substitute for the US.”

All of that may well be changing now, and the political will seems to be coming from the President himself. In his detailed account of conversations with President Obama, The Atlantic’s Jeffrey Goldberg wrote, “[Obama] privately questions why Pakistan, which he believes is a disastrously dysfunctional country, should be considered an ally of the US at all.”

Obama isn’t being outrageous. Most people forget that America’s relationship with Pakistan was formed – not as a result of Washington’s ‘war on terror’, as is widely perceived – but because of Cold War politics. America’s search for a counter to India, the perceived Soviet ally in South Asia, took it closer to Pakistan. As early as the 1971 war, President Richard Nixon had seriously contemplated aiding the then Pakistani President Yahya Khan, whom he considered “a good friend”. The Bush administration’s alliance with Pakistan during the ‘war on terror’, therefore, was not a novel idea but a natural development, given Cold War history.

Washington now realizes that it was wrong. Continued US occupation of Afghanistan is necessitated by Pakistan, not facilitated by it. Prime Minister Nawaz Sharif remains helpless in overturning Pakistan’s policy of patronage towards militias in Afghanistan and his civilian government is dogged by charges of corruption. America now sees that Pakistan can’t and won’t help in the withdrawal of US troops, or in the construction of a stable Afghanistan, no matter how harmonious the bilateral relationship is.

India has played its part in encouraging the change in tack too. New Delhi has looked to overturn its former strategic aloofness in the region by including Afghanistan in the trilateral relationship with Iran. Afghanistan, for example, has been explicitly included as a beneficiary of trade lines facilitated by India’s development of the Chabahar port in Iran. In addition, President Ashraf Ghani’s own growing disenchantment with Pakistan, despite his initial overtures to Islamabad, has drawn the Afghans ever closer to India. Washington has taken note of all this, often publicly supporting a more proactive strategic role for India in Afghanistan, even at the expense of Pakistan’s own influence in that country.

The most important factor in America’s changing relationship with Pakistan, however, might be Islamabad’s own shortcomings. Washington has long relied on Pakistan’s influence over the Taliban to get the terrorists talking. But Pakistan’s influence over the Taliban has suffered since the death of Mullah Omar, the former Taliban commander, in 2013. Omar’s death sparked off an internal power struggle which threw up factions opposed to Pakistan and factions loyal to it, and by some reports, the former are winning. The result: Pakistan has proved itself unable to bring the Taliban to the table, much to Obama’s chagrin.

America’s ties with Pakistan are only going to get worse, if the ongoing presidential campaign is any indication. For the first time in decades, US foreign policy now faces serious pressure from isolationists, for better or worse. That means withdrawal from all its activities in Afghanistan, and less dependence on Pakistan in turn.

Not surprisingly, all major presidential candidates have taken this opportunity to make unsavory remarks towards Pakistan over the last few weeks. Trump said last week that he would force Pakistan to set free the doctor who helped the US track down bin Laden; Clinton said that it was “too much of a coincidence” that bin Laden’s house was built near the Pakistani military academy without Pakistan’s knowledge.