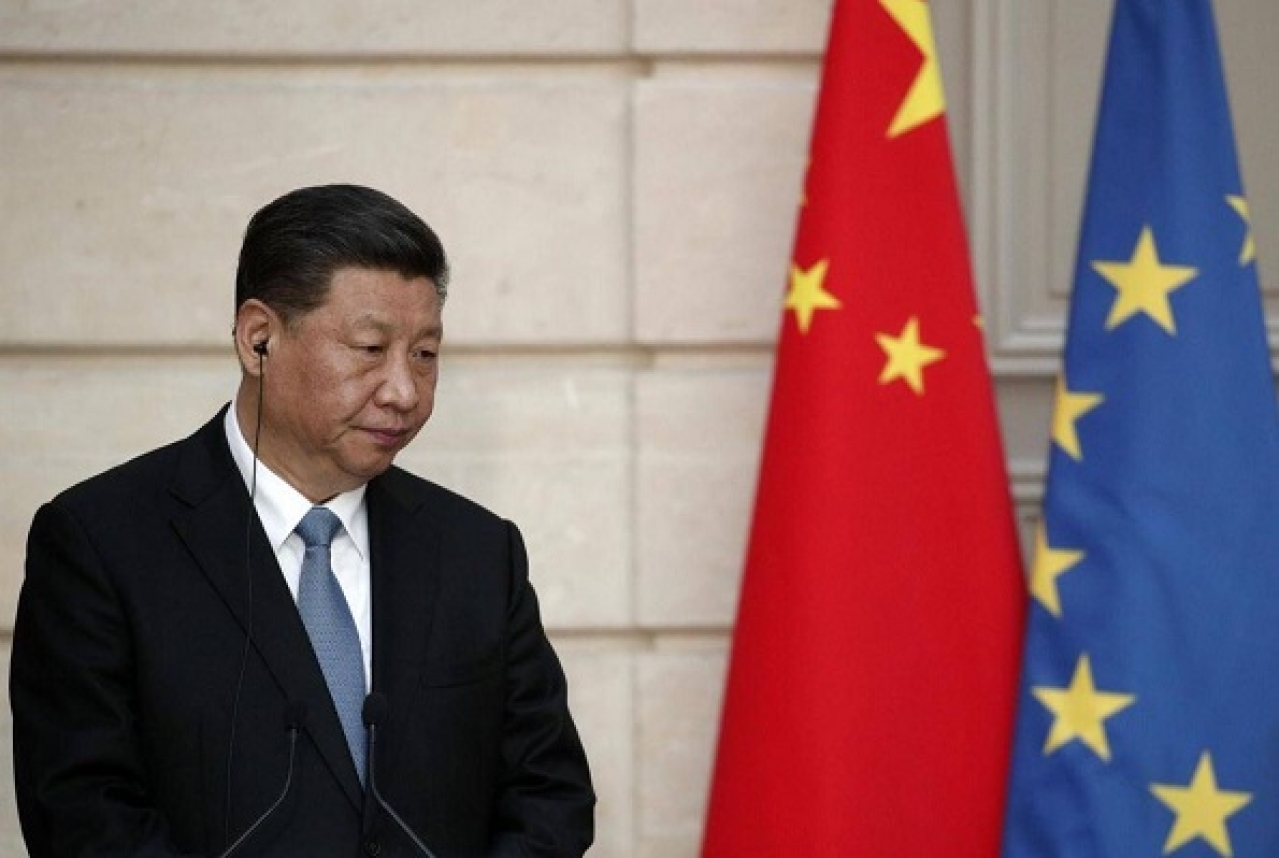 China, as it turns out, is leaving no stone unturned to deflect the blame for shoddy handling of the Coronavirus outbreak in its territory in the early part of this year.

While China, in collaboration with the World Health Organisation (WHO), has been criticised by US President Donald Trump and other members of his administration for not sharing critical information at the early stages of the outbreak, other nations across the world have been hesitant to attribute the origins of the virus to China.

As per a report in the South China Morning Post, the European Union diluted the report about Chinese state-backed disinformation campaign as it feared it would lead to China withholding export of medical supplies to its member states.

According to the news report in SCMP, the initial version of the report stated that China was running a ‘global disinformation campaign’ to deflect the blame for the Coronavirus using both overt and covert tactics.

However, after the intervention of Beijing and a stern warning to diplomats of the European Union (EU) in China, that part of the report was removed.

The report is a routine publication by the EU's disinformation team, which is a part of European External Action Service (EEAS), the bloc’s diplomatic unit.

Initially focussed on Russia’s disinformation campaign, in 2019, the team expanded its coverage to China.

However, there is no clarity on how the initial version of this report was leaked to the Chinese government officials.

A report on the same issue in The New York Times, however, stated that Esther Osorio, a communications adviser to Josep Borrell, the head of the EU diplomatic service, intervened and ensured that the publication of the report was delayed.

Osorio asked analysts to revise the document, fearing a pushback from Beijing.

The fear of the EU to attribute a global disinformation campaign on Covid-19 to China stems from the heavy reliance of its member states on Beijing for medical supplies like masks, testing kits, and personal protection equipment (PPE).

Not the US, but it was China who was the first to answer Italy’s call for emergency medical supplies. China, publicly, committed to sending 1,000 ventilators, two million masks, 100,000 respirators, 20,000 protective suits, and 50,000 testing kits before 20 March itself.

Even before the outbreak of the Coronavirus, China played a critical role in the export of medical supplies across the globe, especially the EU.

For the rest of the world, China accounted for more than 40 per cent of the exports of PPE.

As members of the EU were grappling with the outbreak of the virus in March, China was upping the production ante.

Its daily output of protective clothing increased from less than 20,000 pieces to more than 500,000 pieces in March, which further increased Beijing’s leverage to deal with nations blaming it for the outbreak.

Production of N95 masks reached 1.6 million from a mere 200,000. Each day, China was producing more than 100 million ordinary masks.

Even the outbreak in China in the first two months of 2020 led to a 15 per cent (as compared to 2019) decline in exports of medical supplies across the world.

For the EU, the decline was 17 per cent. Put simply, in the worst outbreak in a century, the EU had no one to turn to but China.

One of the other underlying reasons for the heavy reliance on China was the inability of the United States to fill the manufacturing void.

In 2018, the US imported 48 per cent of its PPE from China. In terms of imports, China’s share for other medical supply products in the US was between 40 to 60 per cent.

In early April, Germany and France accused the US of ‘mask’ piracy. According to reports, local officials in France and Germany had blamed the US for confiscating protective gear, which also included face masks in transit in Bangkok.

While the Europeans used to pay for these supplies on deliveries, some Americans, as the report stated, paid three-to-four times the amount to procure the equipment originally earmarked for France and Germany, further icing the Trans-Atlantic alliance.

However, the potential repercussions for the EU are not restricted to PPE or medical supplies alone, for in recent years, China has come to play a far more greater role in the continent, given that many states of the EU were still emerging from the 2008 financial crisis in the decade gone by.

China, since 2007, has invested more than $318 billion across Europe. Investments by state-owned enterprises of China alone constitute more than $165 billion worth of investments.

To put things in perspective, the current range of China’s in India, with a population three times of the EU, stands between $5 to $8 billion, officially.

Across Europe, close to 360 companies were taken over, and partial or complete ownership was extended to four airports, six seaports, and 13 professional soccer teams.

Thus, with the economic leverage it has globally, especially in the EU, China routinely arm-twists official bodies and bullies companies to toe the line to protect its interests, as elaborated here.

For instance, in October 2019, CCTV, and Tencent, the streaming partners for NBA, announced that they would not broadcast the two pre-season games after a manager of one of the teams tweeted in support of the Hong Kong protests.

With the US stepping back as the leader of the global order, and China rushing to occupy the space, the challenges for the EU are many.

Already, China has donated more than $30 million to the WHO after Trump announced he was suspending funding to the ‘China-centric’ UN body.

The lack of cooperation between the US and EU has also highlighted the weakness of the trans-Atlantic alliance, which many feel is becoming obsolete given its original objective was to contain the rise of Soviet Russia.

China not only has proven a reliable partner for medical imports for the EU, even with its faults, but also serves as an indispensable market of 1.4 billion for many of its brands.

For the EU, a long-term appeasement of China may well be on the cards, and the fear to name them in the disinformation campaign, the beginning of it.

Get Swarajya in your inbox everyday. Subscribe here.
Tags:
114 Shares