Why EU's Carbon Border Tax May Not Hit India That Hard 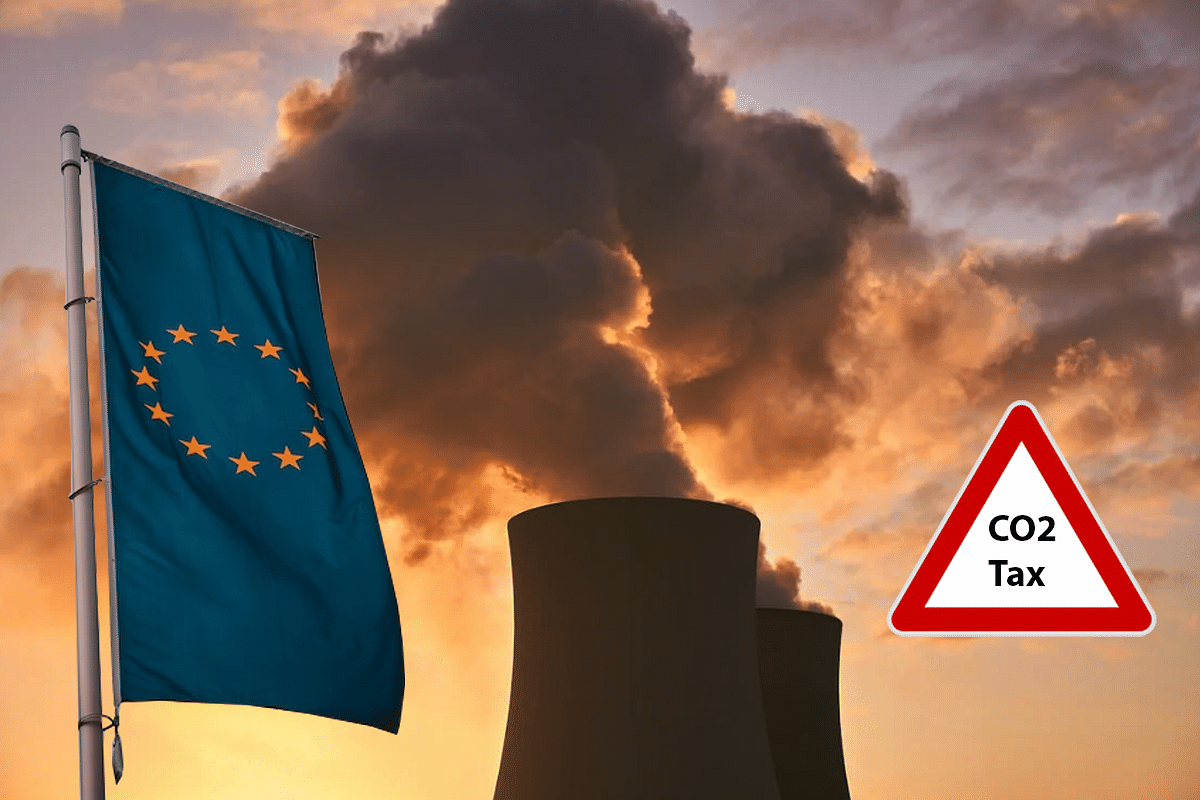 At the UN Climate Change Summit hosted at UN HQ in New York in 2014, Barack Obama made a telling statement - “There’s one issue that will define the contours of this century more dramatically than any other, and that is the urgent and growing threat of a changing climate.”

The perils of Greenhouse Gas Emissions (GHG) are all well known. However, action by nations around this have been slow – and mostly relegated to intermittent tempestuous exchanges on global forum between advanced and developing economies.

While in 2015, signatories to the Paris Agreement decided to bring emissions down to zero by the second half of the century, a quick stock check in February 2021 of the Nationally Determined Contributions (NDCs) – which form the basis for each country’s commitment to Paris Agreement – for 40 per cent of signatories showed minimal progress.

This prompted the urgency to double down on the level of ambitions documented in the NDCs, or a marked overachievement of them.

Background: With this backdrop, in July 2021, the European Commission did something that has never been done before – It linked Climate Policy to Trade Policy.

The 27 member states of EU had, as part of the European Green Deal, set itself a target of Climate Neutrality by 2050. This would be preceded by cutting emissions by at least 55 per cent by 2030.

The ‘Fit for 55’ package that came into being includes, among other measures, a Carbon Border Adjustment Mechanism (CBAM), also referred to simply as the Carbon Border Tax (CBT).

What is Carbon Border Tax: Put simply, CBAM will tax imported goods based on their carbon content, irrespective of where they were produced, by imposing a carbon border tax.

The initial proposal covers the industries of cement, iron and steel, aluminium, fertilisers, and electricity generation. In other words, the highest emitting industries will be targeted first.

The concept of ‘carbon pricing’ – levying a charge per metric ton of carbon dioxide emitted – is well entrenched among industries. Where CBAM will bring in a new frontier would be to apply the same to imports.

The primary purpose of this tax is to prevent what is termed ‘carbon leakage’ – companies in order to bypass stringent emission norms in EU move their manufacturing to more lax, developing countries. This defeats the prime purpose of reducing emissions.

An import tax will prod companies in those countries to invest in emission-reducing technologies and processes. If the country already has a domestic carbon price, the border tax will be lowered or waived.

Overall impact: On the face of it, CBAM is a well-meaning measure, that will help EU restrict ‘carbon leakage’, and also help as an ‘equaliser’ of domestically produced and imported goods (former having the greater intrinsic cost component of domestic carbon price).

EU importers would have to buy ‘carbon certificates’ corresponding to carbon content in imported goods. However, the proposal has already raised a storm among countries against this presumably protectionist policy measure.

The BASIC countries’ group (Brazil, South Africa, India, China) have opposed it in a joint statement terming it ‘discriminatory’, and against the principles of ‘Common but Differentiated Responsibilities and Respective Capabilities’ (CBDR-RC).

Countries like Turkey and Indonesia plan to introduce their own carbon taxes to mitigate the CBAM’s impact on their economies. Turkey, in particular is highly exposed (41 per cent of it’s exports are to EU).

The greatest brunt of it will however be seen in developing economies, with firms likely relocating to EU to mitigate the border tax.

Impact on India: The pertinent question here is, will the tax be just another non-tariff barrier to India’s exports? Or, it will indeed help Indian firms gravitate to cleaner technology and do a larger good?

On the face of it, CBT can create short-term challenges for Indian exports to EU, from companies having a large greenhouse gas footprint. This will just add on to the set of trade woes that have already been exacerbated by tariff wars, renegotiated treaties, rising protectionism.

EU accounts for roughly 11.1 per cent of India’s global trade, and that is substantial to dent export earnings.

If we double click some more on India’s export pattern to EU, we will however find that the chief exports from India to EU comprise of apparel and footwear, ceramics, granite slabs, nuts, mustard oil, spices, etc.

Come to think of it, India is not an exporter of cement and fertilisers to EU, and for steel and aluminium, share is way lesser compared to other countries.

In effect, the target nations as it comes out for CBAM is not India, but Russia, China, Turkey – who are major exporters of steel and aluminium to EU.

It is safe to say thereby, that the approach for India could be to resolve this bilaterally with EU, along side preparing to set up its own carbon trading system. The energy taxes, if converted to carbon equivalents, would itself rank pretty high for India.

It is however to be noted, that India’s efforts in this entire space of reducing emissions has been commendable.

India’s commitment to reducing emissions: It is a known fact that, bulk of GHG emissions till date have happened from developed countries. India has already commenced it’s journey on achieving it’s 2070 net zero target.

Two developments from recent times stand testament to our commitment in this regard.

First, India’s Bureau of Energy Efficiency (BEE) published a draft blueprint for stakeholder consultation in October 2021, that proposed three phases towards adoption of a Cap-and-Trade system.

Secondly, on 29 July, Lok Sabha adopted an amendment bill to the 2001 Energy Conservation Act, that sets in motion the establishment of a voluntary carbon credit trading scheme.

Negotiation points for India: In our bilateral discussion with EU, India could stress on following points:

The consensus: In effect, CBAM should not come out as punitive on developing world, but transformative. As regards India, it remains quite clear that the target for CBT is not India.

This coupled with the fact that our exports to EU are not the most polluting sectors that are target for CBAM makes us to take a stance of primarily bilateral negotiation. Our own efforts to reduce pollution can aid us furthermore during the discussions.

“A third of Pakistan flooded. Europe’s hottest summer in 500 years. The Philippines hammered. The whole of Cuba in black-out. And here, in the United States, Hurricane Ian has delivered a brutal reminder that no country and no economy is immune from the climate crisis,” says UN Secretary General António Guterres.

Come November 2022, when Heads of States congregate in the beautiful Egyptian coastal city of Sharm el-Sheikh for COP27, deliberating on climate actions, it will remain to be seen if CBAM takes a centre stage as an effective deterrent to the above nature’s perils, or it just stands veiled as another trade protectionist measure – in the garb of social good.