Why Followers Of Sanatan Dharma Must Help The Yazidis 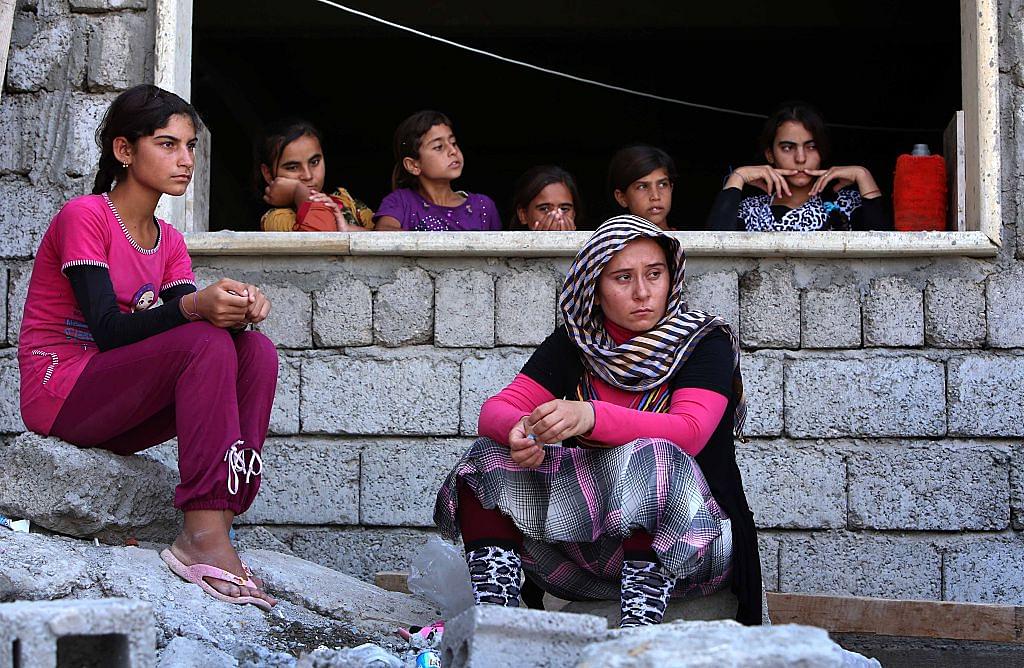 Perhaps no people have endured horrors like the Yazidis. They were denounced as infidels by al-Qaeda in Iraq who sanctioned their indiscriminate killing. In 2007, a series of coordinated car bombs killed nearly 800 of them.

The Islamic State began a campaign of destroying Yazidi cities and villages in 2014, and it has murdered nearly 3,000 of them, abducted 6,500, and sold 4,500 Yazidi women and girls into sexual slavery. Many of the abducted girls have committed suicide. In these years, Bābā Shaykh, the Yazidis’ spiritual leader, has cancelled the official yearly religious ceremony at the main temple in Lalish out of fear of attacks.

The Yazidis (or Yezidis) are a Kurdish speaking people who live principally in northern Iraq. Reviled as devil worshipers for centuries by their Muslim and Christian neighbours, they have endured over 70 genocides in which over 20 million Yazidis are estimated to have died, and most have been compelled to abandon their culture.

The Yazidis number approximately 8,00,000, including about 1,50,000 who have taken refuge in Europe. They describe themselves as believing in one true God, and they revere Taus Melek, the Peacock Angel who is an embodied form (Avatar) of the infinite God. Six other angels assist Taus Melek and they are associated with the seven days of creation with Sunday as the day of Taus Melek. The peacock imagery adorns Yazidi shrines and houses of worship, and other places. The attacks on them are a consequence of the Christian and the Muslim belief that the Peacock Angel is Satan or Iblis.

The Yazidi religion is a mystical, oral tradition consisting of hymns (qawls), that are sung by qawwāls. Parts of the tradition have now been transcribed as two holy books called the Kitab al-Jilwa (Book of Revelation) and the Mishefa Reş (Black Book).

Yazidis claim to have originated in India, and the veneration of the peacock may be a memory of this origin. In India, the peacock is the vehicle of Murugan (also known as Skanda or Kārtikeya), son of Śiva. Kṛṣṇa also wears a peacock feather in his hair or in the crown. Of the seven colors produced from the primal rainbow, Tausi Melek is associated with the color blue, which is also the color of Kṛṣṇa.

Yazidis pray in the direction of the sun, excepting for the noon prayer which is in the direction of Lalish. They believe in reincarnation and they take it that the angels (with the exception of Taus Melek) have been incarnated on earth as holy people or saints. Just like the Hindus, they use the metaphor of a change of garment to describe the process of rebirth.

Like other Indo-European cultures, the Yazidi society is tripartite, with the three classes of shaykh (priests), pir (elders), and murid (commoners) and they marry only within their group. Their society does not allow conversion. The shaykhs are divided into faqirs, qawwals, and kochaks. The secular leader is a hereditary Mīr or prince, whereas Bābā Shaykh heads the religious hierarchy.

The Yazidis call themselves Daseni (Dawasen, pl.) which is derived from Devayasni (Sanskrit, deva-yājñi), or deva-worshiper. The word Yazidi is most likely derived from Sanskrit yajata (worthy of worship) which in Old Persian (and Kashmiri) is yazata. The word deva in Old Persian is spelt daeva.

Across India, Iran and West Asia in the ancient world, the worshipers of Veda were simply Devayājñi (or Devayasni), of which the terms Sanātana Dharma or Vedic Dharma are synonyms. The name by which the Zoroastrians call their own religion is Mazdayasna (Sanskrit, medhā-yajña), or the religion of Ahura Mazda (Sanskrit Asura Medhā, Lord of Wisdom). Zarathushtra presented his religion as rival to the religion of the devas, that is Devayasna.

The most plausible spread of Devayasna from India took place about 1900 BCE, soon after which Vedic gods begin to be mentioned in Mesopotamia and Syria. Zarathushtra came from Bactria in northeast Iran, near Afghanistan and his new religion split the deva-worshiping communities in the West from the ones in India. The 4,000 year estimate of the Yazidis on when they returned from India is consistent with this figure.

After the rise of Zoroastrianism, Devayasna survived for a pretty long time in West Asia. The evidence of the survival comes from the deva- or daiva-inscription of Iranian Emperor Xerxes (ruled 486-465 BC) in which the revolt by the deva worshipers in West Iran is directly mentioned. Xerxes announces: “And among these countries there was a place where previously daiva were worshiped. Afterwards, by the grace of Ahuramazda, I destroyed that sanctuary of daiva, and I proclaimed: The daiva shall not be worshipped!” This, nearly 2,500 years ago, is an early record of the persecution suffered by the Devayasni, the ancestors of the Yazidis.

The Yazidi calendar goes back to 4750 BCE. It appears that this is connected to India’s Old Saptarṣi Calendar of 6676 BCE that is mentioned by the Greek historian Arrian in his account of Alexander’s campaign. (More on the Saptarṣi Calendar is in my book The Astronomical Code of the Ṛgveda.)

The Yazidis have a rich spiritual tradition and their modern culture goes back to the 12th century leader Shaykh Adi (died in 1162), a descendent of Marwan I, the fourth Umayyad Caliph, whose tomb is in Lalish in Northern Iraq which has now become the focal point of the principal Yazidi pilgrimage.

During the New Year celebration, bronze lamps crowned with peacocks, called sanjaks, which are similar to the bronze peacock ārati-lamps, are taken from the residence of the Mīr in a processional by the qawwals through the Yazidi villages. It is believed that the sanjaks came from India, and originally there were seven, one for each of the Seven Sacred Angels, but five were taken away by the Turks, and now only two remain.

The Yazidis are a symbol of mankind’s indomitable will. As one of the most persecuted people in world history, they deserve praise and support for their courage and bravery in the face of the greatest odds. The least the Devayasnis (Sanātana Dharmis) can do is to open their hearts, provide refuge and support, admission to schools and colleges, and connect up with the Yazidi diaspora in Europe and America.