Why India-China Or US-China May Look Like Heading Towards Armed Conflict, And Why They Will Not Go There 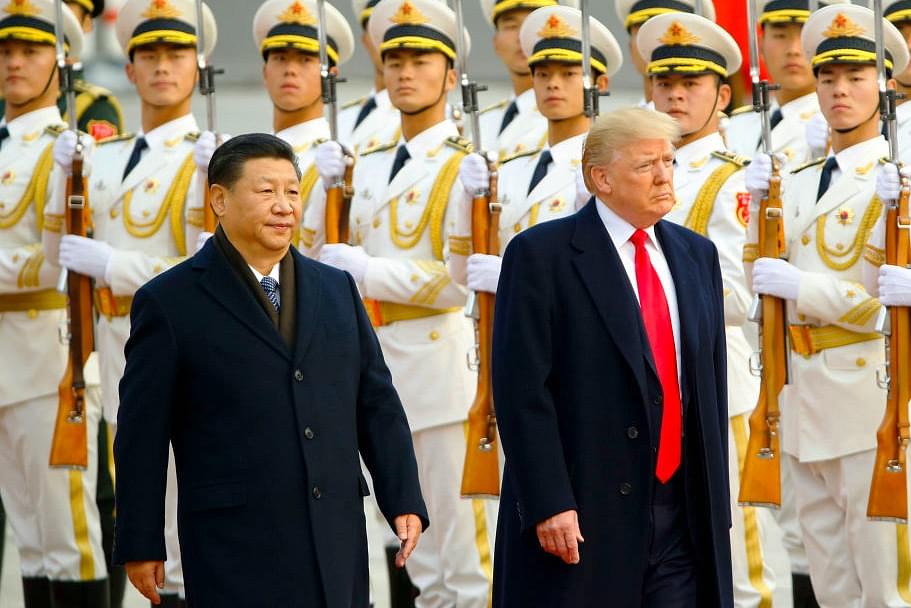 A virus outbreak with its roots in Wuhan, China, has infected more than 6.6 million people worldwide and killed close to 387,000 of them. Multiply the Covid-19 fatalities by 100 and it will give you unemployment claims filed in the United States alone, adding to the tensions between the two Pacific superpowers.

In the last few days, the leadership in India has been dealing with a stubborn standoff incited by the Chinese at the Line of Actual Control (LAC) in the Galwan Valley in Ladakh. Intimidated by the infrastructure push by the Indian side within its territory, China moved its troops, dug trenches, increased its patrolling, and even engaged in a fierce battle of fists along the border, some 2,500 kilometres away in the Nathu La sector in Sikkim.

Apart from its routine adventures in the South China Sea, China has also been engaging in what many describe as the new ‘Cold War’ with the United States.

The relations between the two countries, already under stress by the trade war, are now encompassing the riots in Hong Kong, sanctions against Huawei, permissions for foreign journalists, approvals for airline carriers in respective nations, trade deals, and even institutions of the United Nations as the pandemic ‘consumes’ the United States.

The obvious question thus warranted is that will China’s President Xi Jinping, facing domestic backlash for the mismanagement of the virus outbreak, weakening economy, and geopolitical fallout in Europe opt for a military conflict against India over unresolved border issues or against the US over Taiwan, Hong Kong, or its misadventures in the South China Sea?

The one theory, almost 2,500 years old, that can answer these questions with greater certainty is that of Thucydides, an Athenian historian and general, who lived between 460 BC and 400 BC.

Defined as ‘Thucydides Trap’, the theory states that a conflict is inevitable when an emerging power threatens to unseat a settled ruling power. While this could apply to something as trivial as office politics, the theory has serious implications when it comes to diplomacy and armed conflict amongst nations at the international level.

The most recent example was that of the Cold War between the US and Soviet Russia from 1945 to 1990, where a direct military confrontation never occurred, barring the stressed fortnight in 1962 when the two nations almost began a nuclear war over the issue of Soviet missile installations in Cuba.

However, the Cold War, in the history of mankind, is just one of the few rare occurrences when a prevailing ‘Thucydides Trap’ did not result in a full-blown war.

Other recent examples include a mutual agreement between the United States and Great Britain in the early twentieth century when the former was registering itself as the policemen of the Western Hemisphere under the Monroe Doctrine.

If one factors in the history of the last few centuries, the same trap has led to a war on multiple occasions.

The two most recent examples that caused the emergence of the world order come from Europe. In the late nineteenth and early twentieth century, Germany and Great Britain fell for the ‘Thucydides Trap’. Eventually, the distrust between the two great empires of the day led to the First World War, where the English were backed by France and Russia.

The settled order of 1918 did not last for long, and soon, Germany, under Adolf Hitler, went to war again with European allies of the English, and subsequently Russia.

Hitler, in a way, derived his inspiration for war from the notion that Germany, as a rightful emerging industrial and military power, must undo the wrongs of the Great War, and unseat the United Kingdom as the superpower of Europe, the same principles that have guided countless rulers in the history of warfare.

In 1941, as Hitler went on a rampage across Europe, the United States and Japan found themselves locked in a ‘Thucydides Trap’ as well, the consequence of which was the dropping of atom bombs on Hiroshima and Nagasaki.

There were two significant factors that contributed to the Japanese bombing the Pearl Harbor in December 1941. Firstly, it was the influence of other global powers in the region. The US acquired Philippines in the late nineteenth century and then followed the ‘Open Door’ order by the US which restricted any foreign power from commercialising trade with China.

For a desperate Japan, looking to assert itself as the rightful policeman of Eastern Asia, as China is today, the ‘Open Door’ order came as an insult, given the British were ruling the Indian subcontinent, the Dutch were present in the Indonesian region, the Russians had conquered Siberia and Sakhalin Island, on the border of Japan.

Thus, in 1933, Japan came up with its own ‘Monroe Doctrine’, declaring itself as the caretaker of peace and order in the Far East. In 1931, Japan had invaded China, controlling more than half of its territory.

This resulted in the emergence of the second factor, an economic blockade, a tool similar to the White House’s economic sanctions, and one it has extensively used against North Korea, Russia, Iran, and are now planning to use against some Chinese officials for their actions in Hong Kong and against Uyghur Muslims in Xinjiang.

Thus, the US imposed an embargo on the exports of iron and aviation fuel. Eventually, the sanctions covered iron, brass, copper, and oil. Japanese, in retaliation, went for an airstrike in Pearl Harbor, killing close to 2,400 American soldiers as per official records. The two nations, one dominating Eastern Asia and one a self-proclaimed policeman of the region by virtue of location, fell for the trap. The rest is history.

The rise of China as a challenger to the US must be viewed with the Thucydides filter. What separates an emerging China from its predecessors, especially Hitler’s Germany, in modern history is its greater push for economic might than military. The numbers, with respect to the US, offer some perspective here.

From a gross domestic product (GDP) of around $300 billion in 1980, China today has a GDP of more than $14 trillion, second to the US. China’s trade with the outside world amounted to $40 billion in 1980. Today, it’s increased to $4 trillion. It’s the largest producer of ships, steel, aluminium, furniture, clothing, textiles, computers, and is now challenging the US in a tech war with separate funding of $1.4 trillion from Beijing itself.

China is displacing the US, once the hub for auto engineering and consumption. Today, with a population four times that of the US, China is the largest manufacturer and consumer of automobiles. This has a direct impact on its oil consumption, and its investment in renewable energy sources.

Even at the risk of creating an infrastructure bubble and numerous ghost cities, the Chinese have used more cement between 2011 and 2013 than the US did in the entire twentieth century. In 2011, a Chinese firm delivered a complete 15-storey skyscraper, built from scratch, in merely 15 days. In 2014, a 57-storey skyscraper was built in 19 days.

Even during the early days of the Covid-19 pandemic, the Chinese created makeshift hospitals overnight. Compare this with Delhi which has to decide amongst local and migrant residents when it comes to allotment of beds.

One could go on with the numbers, but the truth remains, one that is often ridiculed both in the US and India, is that China has risen from the ranks and thus sees itself as the rightful policeman of Asia, and through its Belt and Road Initiative (BRI), that of Africa and South America.

Interestingly, China is playing the ‘Thucydides Trap’ on two fronts. Against the US, it contests itself as an emerging superpower, looking to unseat the global ruler since 1945.

Against India, however, it sees itself as the ruling power of Asia and is thus threatened by the potential an emerging India holds, economically, militarily, and as a democracy on diplomatic pursuits. Thus, when US President Donald Trump proposed the expanded G7 summit later this year, an editorial mouthpiece of Beijing was quick to issue a sugarcoated threat to India, advising against it.

Can any of this result in war, at least in the short-term?

While China-US or India-China may come close to the prospect of a war in the South China Sea, the Indian Ocean, or even Ladakh, a full-blown war is impossible.

This is because of two major reasons.

One, unlike ancient economies, China, India, and the US are too interlinked. Today, big corporations of the US have interests in China, from manufacturing to market. For China, the US constitutes an important market for its exports. In India, a lot of micro small and medium enterprises (MSMEs) look towards China for cheap raw materials, and India itself constitutes an important market for China.

Two, warfare today has come a long way since the time of Thucydides, who saw the war between a ruling Athens threatened by an emerging Sparta 2,500 years ago. The post-1945 world order has been about nuclear weapons and the damage they can cause.

It was the notion of MAD (mutually assured destruction) that prevented a nuclear war between the US and Soviet Union in 1962, between North Korea and the US, Iran and the US earlier this year, and between India and Pakistan after the February 2019 attack in Pulwama. A war, even as an idea, is not that simple anymore.

For the three nations, as the drivers of global economy and order, the path to peaceful co-existence will not be a simple one, for there will always be skirmishes, but the greater economic and global interest shall always prevail.

Thucydides, even 2,500 years later, is not wrong about why nations go to war but no longer right about the inevitability of it, or so one hopes.