Why Too Many Trails From Manchester Lead To Libya 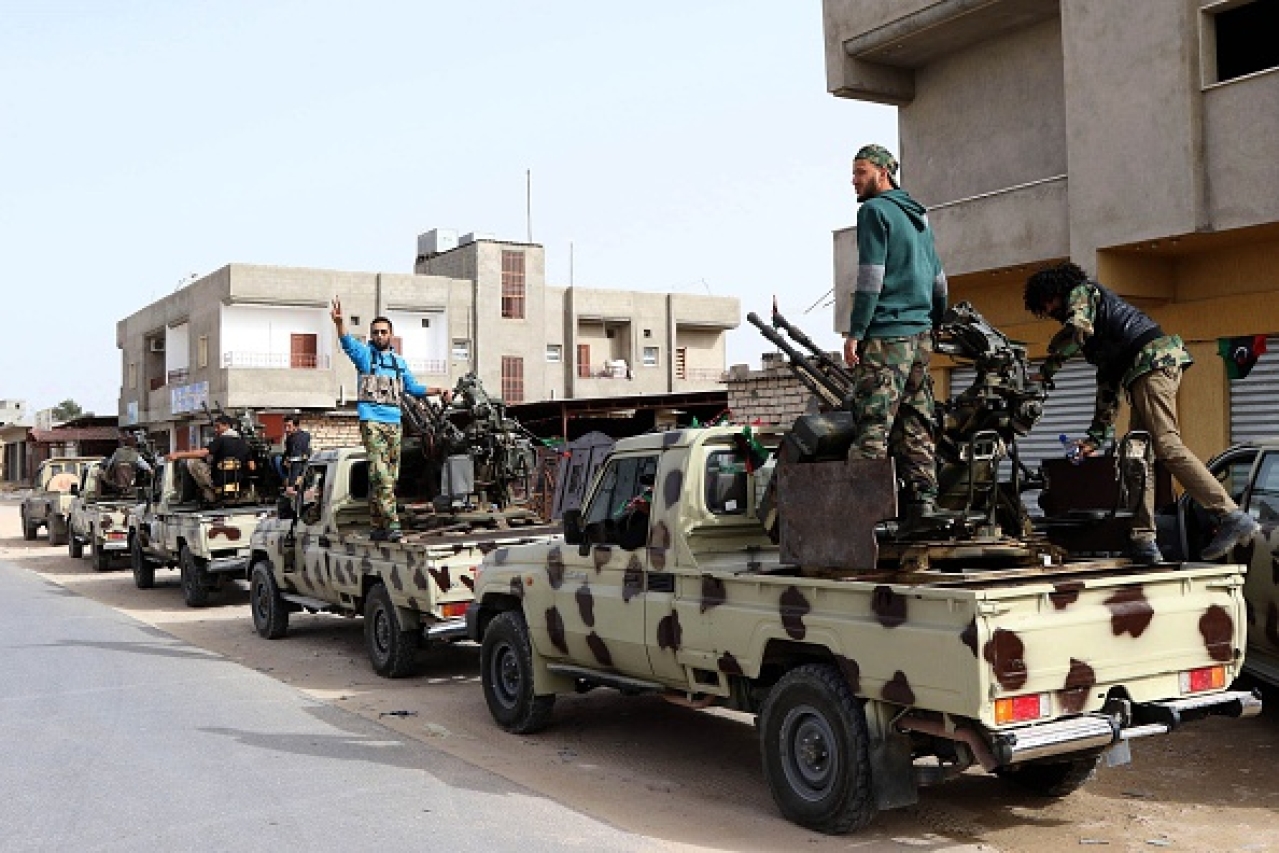 From Charlie Hebdo to Manchester, the Islamic State (IS) has successfully completed two and a half ‘operational years’ in Europe. The Manchester bombing is the fifth attack this year, second in London after the tragic Westminster attack in March. So what is driving the rise in terrorist strikes in Europe? Is it online radicalisation and home-grown terrorism; or, is there a larger explanation to Europe turning into an IS’ operational sphere? The Manchester blasts serve to confirm that the latter part of the question is increasingly becoming a reality.

The civil unrest in Libya that began in 2011 to eliminate President Muammar Gaddafi witnessed a massive influx of foreign fighters joining the rebellion. Since the death of Gaddafi, Libya turned into a base for al-Qaeda in the Islamic Maghreb (AQIM) and other splinter groups that trained cadres and organised attacks in North Africa. However, since 2014, these groups have lost their dominance to the IS, which stole a large share of its foreign cadre strength. With Iraq and Syria, Libya became the other centre of power concentration, headquartered at Sirte.

By the end of 2016, US-led airstrikes had seized control of Sirte from the IS. Presently, the coalition forces have made significant progress in capturing IS-occupied areas in the Middle-East. From controlling large portions of territory in the region, IS now holds hardly 10 percent of what it had. But, there is a dangerous side to this progress. The loss of territory has not translated into a loss of cadres. Fearing the coalition strikes, the IS fighters are fleeing their formerly bases and returning to their homes in Europe and elsewhere.

IS’ operational capacity in Libya is yet to be sanitised while their operational reach has made it to Europe. Cadres from Libya and North Africa have migrated to Europe and shown their ability to plan, organise and coordinate attacks. To illustrate: investigations into the Manchester bombing revealed that the bomber Salman Abedi had links to the attacker of Brussels in 2016. Also, the other person privy to Abedi’s plans was Hashem, Abedi’s younger brother- a suspected IS member in Tripoli, Libya.

Libyan connection to European terror trauma was seen even in the Berlin ‘truck attack’ last year. Investigations showed that the truck driver was in touch with his Libyan mentors prior to the attack. The US retaliated to the attack on its ally by conducting bombing raids on Libya killing approximately 80 IS fighters, according to Pentagon estimates. Nevertheless, the Manchester blasts have confirmed that the bombing raids have had minimal deterrent impact. Libya continues to be the remote control to Europe- home to several immigrants from North Africa.

The fall of Gaddafi and the ensuing violence left thousands fleeing Libya and Europe was the closest welcoming destination. Migration to Europe was also facilitated by several Non-Governmental Organisations- some even associated with political figures like Hillary Clinton. Altruistic as these efforts may seem, they have had severe implications on European security agencies. Recently, an Italian intelligence document revealed to the media suggests the IS’ modus operandi of infusing fighters with regular migrants. Austrian authorities have also confirmed this suspicion by stating that 40 percent of jihadists in the country are asylum seekers.

The transit routes to Europe are controlled by mafia groups and criminals, like the Camorra mafia- the proceeds from which are later transferred to the IS. European and American criminals and drug lords stand to benefit by cooperating with the IS since the latter controls the drug and human trafficking networks in North Africa. The terror-crime nexus is important to the IS in dual ways. Firstly, organised crime groups are revenue generating machines that can be used to smuggle and acquire weapons, explosive material and forged documents. Second, the IS has favoured the mafia groups by recruiting former felons in North Africa, helping the latter to consolidate power in Europe.

The IS also recruits cadres among the North African migrants by offering a free passage into Europe and a compensation amount. Such migrant population provides the IS with both a psychological as well as paramilitary advantage. The paramilitary advantage is evident with the increasing number of attacks in Europe. The psychological leverage is gained by infiltrating mosques and other Islamic institutions in Europe. The damage caused by infiltration of mosques by refugees in Europe is well documented by a research report compiled by Quilliam, a London based counter extremism think tank. Mosques are centres for the IS to disseminate propaganda, recruit fighters and store ammunition. German security forces, in the recent past, have thwarted several attacks by raiding mosques for IS recruiters as well as equipment.

In conclusion, countering terrorism in Europe is an intelligence task, before a security task. Intelligence sharing, especially, will be the key to assisting security forces in thwarting terrorist attacks in the future. The European Counter-Terrorism Centre (ECTC) was created in January 2016 to facilitate intelligence sharing, operational coordination, track terror financing and online radicalisation. However, one of the key issues hampering free and timely sharing of intelligence is the fear of ‘leaks’. Even as I write, the worries of the British government and agencies after the Manchester blasts seem multiplied by the concerns over leaks in the intelligence they shared with the American counterparts.

Another factor operational impediment faced by the intelligence agencies is the differing domestic laws over security and protection of individual privacy. A terrorist attack is not a one-off incident that has to be foiled with real-time and reliable intelligence retrieved from authoritative intelligence assets or through thorough investigations. The problem comes with arrest and investigation of suspects. Take for example, the November 2015 Paris attacks. Intelligence was available that Salah Adbeslam, the logistics wing-man of the perpetrators, was residing in a house in Brussels. However, the Belgian police missed the opportunity to nab him because of an esoteric law that forbids the police from raiding private property from 9pm to 5am Ergo, what Europe needs is a strict counter-intelligence mechanism to facilitate real-time intelligence sharing and a revamp of existing security laws to better suit co-ordination of counter-terrorist operations.

Get Swarajya in your inbox everyday. Subscribe here.
Tags:
107 Shares