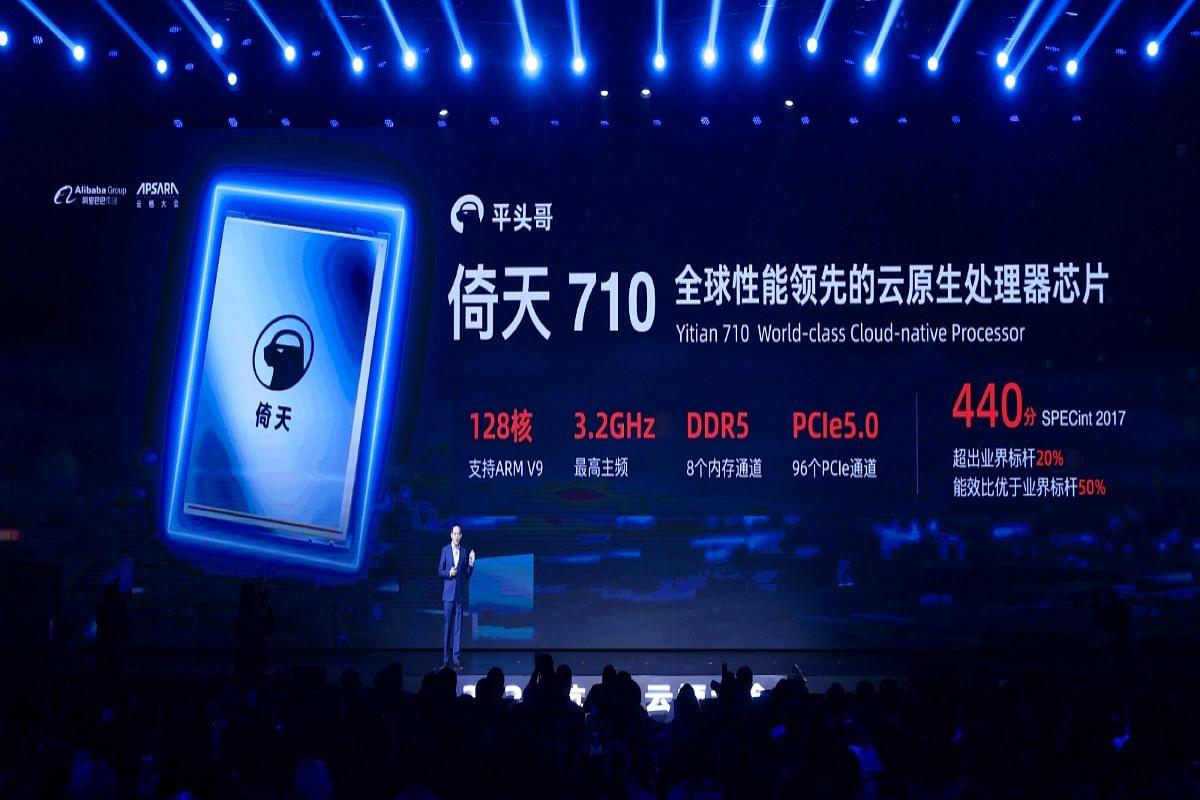 Alibaba Cloud, the digital technology and intelligence backbone of Chinese e-commerce behemoth Alibaba Group, has launched a new server chip, as it seeks to boost its cloud computing prowess and mount a challenge against U.S. rivals like Amazon, Microsoft and Google in the fast-growing market.

Cloud currently constitutes 8% of the company’s total revenue and is seen as a key growth driver. Though it has limited global footprint, it is the largest cloud computing player in China.

“Customizing our own server chips is consistent with our ongoing efforts toward boosting our computing capabilities with better performance and improved energy efficiency,” Alibaba Cloud Intelligence president Jeff Zhang said. “We plan to use the chips to support current and future businesses across the Alibaba Group ecosystem.”

“Together with our global partners including Intel, Nvidia, AMD and Arm, we will continue to innovate our compute infrastructure and offer diverse computing services for our global customers,” Zhang added.

Based on ARM architecture, Alibaba's new server chip will be called Yitian 710 and will be part of new servers called Panjiu. It is the third semiconductor introduced by the Chinese e-commerce giant since 2019, following an artificial intelligence chip (s (Hanguang 800) and an Internet-of-Things chip.

Built upon advanced 5nm process technology, Yitian 710 is powered by 128 Arm cores with 3.2GHz top clock speed. Each processor chip has 60 billion integrated transistors. According to the company, Yitian 710 is the first server processor that is compatible with the latest Armv9 architecture and includes 8 DDR5 channels and 96-lane PCIe 5.0, providing high memory and I/O bandwidth.

Alibaba is following in the footsteps of its global rivals like Amazon and Google in gradually replacing silicon from traditional chipmakers like Intel and Advanced Micro Devices with products custom-designed for their data centers and workloads.

Other Chinese companies are also insourcing chip design. Huawei designed its own smartphone chips while Baidu raised money this year for a standalone semiconductor business.

Due to limited semiconductor manufacturing capability within China, Alibaba will still need to outsource production. While the company did not disclose its manufacturing partner, Taiwan Semiconductor Manufacturing Co and Samsung Electronics Co are the only two firms capable of mass-producing 5-nanometer chips.

Alibaba Cloud also announced it will launch its first local data center in South Korea in the first half of 2022 to offer South Korean customers more secure, reliable and scalable cloud services,