Coal Ministry: Fear of Disruption In Power Supply Unfounded, Says Coal Based Power Generation Up By 24% In 2021 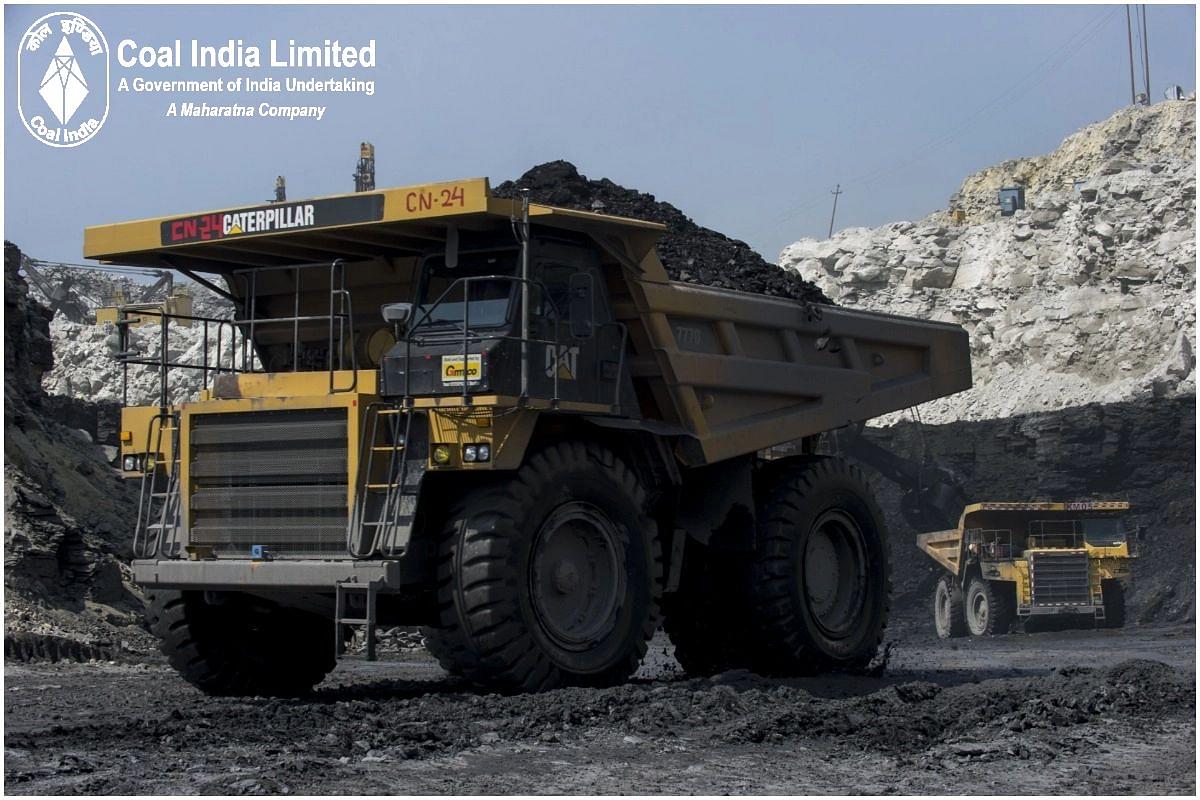 A Coal India mine.

The coal ministry today (Oct 10) assured that sufficient stock is available in the country to meet the demand of electricity generating plants and stressed that any fear of disruption in power supply is "entirely misplaced".

The statement comes in the wake of reports that warned of power crisis looming large due to the coal shortage in the country.

"The ministry of coal reassures that ample coal is available in the country to meet the demand of power plants. Any fear of disruption in power supply is entirely misplaced," the ministry said in a release.

Coal Minister Pralhad Joshi tweeted: "Reviewed coal production & supply situation in the country. Assuring everyone that there is absolutely no threat of disruption in power supply. There is sufficient coal stock of 43 million tonnes with @CoalIndiaHQ equivalent to 24 days coal demand."

Assuring everyone that there is absolutely no threat of disruption in power supply. There is sufficient coal stock of 43 million tonnes with @CoalIndiaHQ equivalent to 24 days coal demand. pic.twitter.com/frskcJY3Um

The combined coal stock at power plants is about 72 lakh tonnes, sufficient for four days requirement, and that the Coal India Ltd (CIL) end is more than 400 lakh tonnes, which is being supplied to power plants, the coal ministry said.

The domestic coal-based power generation has grown by nearly 24 per cent this year (till September) based on a robust supply from the coal companies.

The daily average coal requirement at the power plants is about 18.5 lakh tonnes of coal per day whereas the daily coal supply has been around 17.5 lakh tonnes per day.

"Due to extended monsoons the despatches were constrained. The coal available at the power plants is a rolling stock which gets replenished by the supplies from the coal companies on a daily basis. Therefore, any fear of coal stocks depleting at the power plant end is erroneous," it said.

In fact this year, domestic coal supply has substituted imports by a substantial measure.

"Despite heavy rains in the coal field areas, CIL has supplied more than 255 MT (million tonnes) coal to power sector in this year which is the highest ever H-1 supply from CIL to power sector," it said.

The supply from SCCL and captive coal blocks shall contribute to another 3 lakh plus tonnes of coal every day.

Domestic coal supplies have supported power generation in a major way despite heavy monsoons, low coal imports and a steep hike in power demand due to economic recovery. It is expected that coal supplies are set to be a record high in the current financial year.

Due to high international prices of coal, supply of power even under power purchase agreements (PPAs) by import-based power plants has reduced by almost 30 per cent while domestic-based power supply has gone up nearly 24 per cent in first half of this year.

The imported coal-based power plants have generated about 25.6 BU against a programme of 45.7 BU.