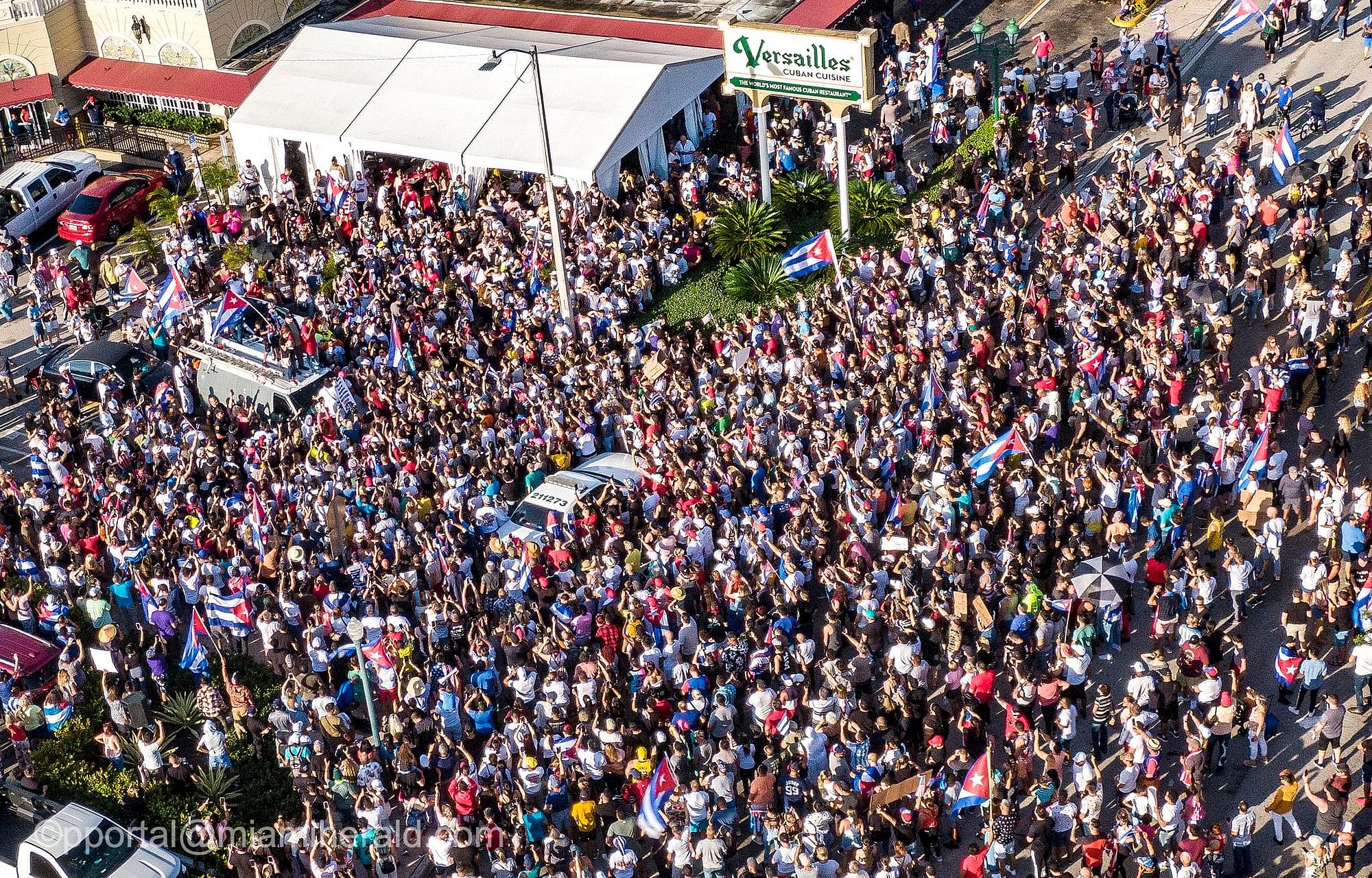 U.S President Joe Biden said the United States supports the Cuban people and called their rare protests a “clarion call for freedom and relief” from the pandemic and generations of dictatorship.

“We stand with the Cuban people and their clarion call for freedom and relief from the tragic grip of the pandemic and from the decades of repression and economic suffering to which they have been subjected by Cuba’s authoritarian regime,” Biden said in a statement.

“The Cuban people are bravely asserting fundamental and universal rights,” Biden said. “Those rights, including the right of peaceful protest and the right to freely determine their own future, must be respected. The United States calls on the Cuban regime to hear their people and serve their needs at this vital moment rather than enriching themselves.” the statement added.

The president’s response comes a day after massive protests erupted across cities and towns across Cuba, including Havana, calling for an end to the nation’s decades-old communist dictatorship. The demonstrations have been fuelled by a collapsing economy, food shortage and the government’s handling of the Covid-19 pandemic.

The already struggling Cuban economy has been hit hard as tourism and good imports have dropped steeply during the pandemic, CNN reported.

Protestors have been chanting “freedom” and calling for President Miguel Diaz-Canel to step down.