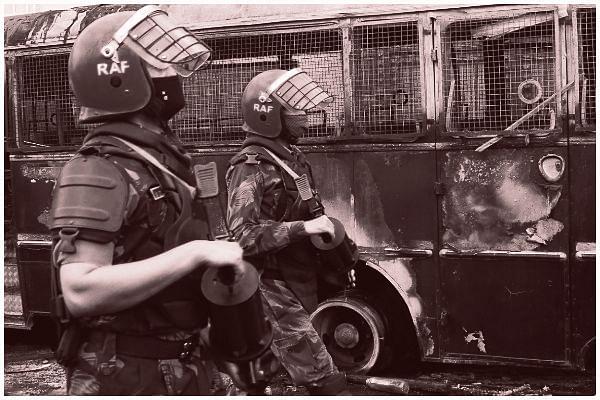 On 7 August, few days ago, Deccan Herald reported that National Investigation Agency (NIA) conducted searches for at seven locations across Bengaluru as part of an effort to trace accused persons absconding in the DJ Halli and KG Halli riots case. This is almost one year after originally registering the cases at respective police stations on the riots that took place in Bengaluru on 11 August 2020.

NIA is reported to have filed chargesheets against 109 and 108 accused persons after taking over the investigation.

Those who are interested in maintaining peace and communal harmony as well as expecting stringent legal action on those anti-social elements have been keenly watching the events that have unfolded — the arrest of leaders and members of a political outfit with questionable credentials, usual noise through a failed Bandh made by some groups representing a particular community in support so-called "innocents" who were arrested, rejection of bail applications of arrested and subsequent order of the High Court directing the release of arrested persons under the provision of "default" bail in not filing chargesheets within a specified time frame.

A brief recapitulation of the sequence of events reveals a dangerous and alarming pattern, not just limited to DJ Halli and KG Halli riots, but the series of violent and unconstitutional protests in different parts of the country, be it in Uttar Pradesh or post-poll violence in West Bengal, that look like spontaneous, but factually, reveal a definite, well-planned, premeditated and conspiratorial strategy with an ulterior motive that goes beyond any political calculations.

First and foremost, the unprecedented violence begins, waiting to happen for some or other pretext, that too on a truncated reason. In most cases, what caused a particular so-called provocative incident is deliberately suppressed to suit the convenience of planners and perpetrators of violence. In the case of the incidents that happened on 11 August last year, no one wants to talk about what prompted a juvenile youth belonging to a particular community to post certain comments, though condemnable, by every law-abiding citizen of this country.

Secondly, brutal attacks and damage to public and private property belonging to a particular community follow as if it's a reaction, but these attacks are actually meant to legitimise violence and send a strong statement on "riot as a right".

Thirdly, the responsible and visible leaders belonging to a particular community and self-styled defenders of civil liberties observe a calculated silence and evidently demonstrate a non-apologetic attitude, a clear indication of unabashed justification of violence.

Fifthly, the eruption of violence simultaneously taking place with mathematical precision at different locations and widespread use of lethal weapons reveal an unholy nexus with drug peddlers, criminal elements taking shelter in the pretext of protecting the interests of a particular community.

Sixthly, the sudden emergence of legal aid to accused persons in heinous crimes, motivated media advocacy in support of violence under the garb of protecting religious sentiments, misrepresentation of facts as a foundation for a false narrative and a toolkit for diverting attention from barbaric street violence with some borrowed ideological perspective points to a systematic coverup to suit diabolical designs and to demoralise and weaken the legal authorities.

Seventhly, the violence targeting people and leaders belonging to SC and ST communities is a clear plan to sow the seeds of social divide and drive a wedge among the people that will lead to a chain of unstoppable adverse consequences on social harmony.

These events need to be analysed, and dots need to be connected to understand a disturbing larger picture emerging in the country. This is not just a matter of internal security but a major threat to very existence of democratic fabric, the survival of which is a non-negotiable principle for protection of national values as enshrined in the Constitution.