Why We Shouldn’t Trust The Official Covid-19 Data Anymore; Most States Are Fudging The Numbers 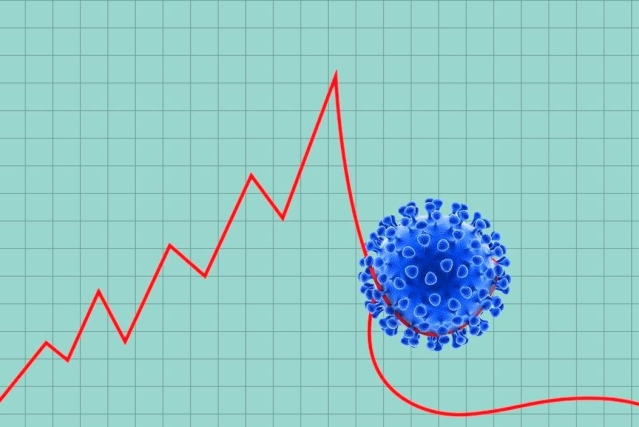 Indians have come a long way from tracking each Covid-19 case in March to looking at cases rising in thousands per day in May. While infection rate and death rate made sense initially, the numbers coming from states these days have stopped making sense.

Take Gujarat and Delhi for instance. Both have 14,000 odd cases officially but the difference in the number of deaths is more than three times with the former reporting over 900 deaths and the latter less than even 300. Tamil Nadu, which has 3,000 more cases than both these states, is reporting only 128 deaths, less than half the Delhi figure.

Rajasthan and Madhya Pradesh both have reported similar number of cases (~7,000) but the former has registered almost half the number of deaths compared to the latter.

What could be reasons for such varying figures?

We still know very little about the SARS CoV-2 virus which causes Covid-19. The reasons for different death rates between two regions could be better immunity, type of virus strain, better health infrastructure, etc. But it is highly unlikely that these factors would vary to such extent in the same country (even between neighbouring states like in the case of Rajasthan and Madhya Pradesh).

Maybe we can exclude Mumbai from our comparative analysis and assume that the death rate could be higher there as many new cases aren’t getting proper care due to overburdened health infrastructure. But how can numbers in Delhi, Gujarat and Tamil Nadu be so different?

Reports in local media about governments under-reporting deaths are also increasing, resulting in the widening of trust deficit between the common man and sarkar.

Let’s look at the testing data of the states in May to understand how they are doing.

Now, normally this should signal to us that maybe the problem is not with testing as the rate hasn’t changed. But the rate in Maharashtra was way higher than other states even at the beginning of the month (over 15 per cent). Even then, the state should’ve been conducting many times more tests than it was doing. But to only double the number of tests when case load has tripled doesn’t reflect positively on the government.

Death rate in Maharashtra has come down from over 7 per cent to slightly over 3 per cent in the past one month. Clearly, it’s not testing enough. Does that mean it’s not reporting total deaths correctly?

The state conducted over 36,500 tests in the first week of May. In the last one week, this number stands at over 34,600, i.e. the number of tests conducted have actually decreased in the state while the number of cases has doubled from around 7,000 to over 14,000. Case positivity rate remains the same - above 7 positives for every 100 tests.

The death rate in the state is over 7 per cent which is one of the highest in the country. It seems that while it is reporting its death figures correctly, it is not doing enough testing which means that its total positive cases figure is low thereby showing death rate as unusually high.

The state has reported the second highest number of cases in the country but has one of the lowest death rates (0.72 per cent). This is remarkable in so many ways. What could be the reason for such a low rate? High testing could be one of the most important factors.

Tamil Nadu has tested 4,31,739 people (40,000 more than Maharashtra) and reported 17,728 cases (three times less than Maharashtra). That means that it has found 4 positives for every 100 tests. This rate is also one of the lowest in the country. Imagine if it had also conducted less number of tests like Maharashtra or Gujarat, its mortality rate would’ve been much higher.

If there is a model state for testing in India, it has to be Tamil Nadu. Others should definitely look at it and emulate its method.

Rajasthan is also a leader in testing. It has conducted 3,37,159 tests and found 7,536 positive cases (2.26 positives per 100 tests which is even lower than Tamil Nadu). The state did 35,822 tests in the first week of May (which was already high). In the last one week, it has ramped up testing to 82,620 (more than doubled). While it was finding anywhere between 100-150 positive cases per day from 1 to 7 May, in the past one week, that figure has only increased to 250-300 positives a day keeping the cases found per 100 tests rate at almost the same level.

Thanks to doing a good amount of testing, it is able to detect a lot of positives. While this may show high numbers overall, it gives us a mortality figure closer to reality. the death rate in Rajasthan is 2.24, significantly lower than what we are seeing in other states including neighbouring Madhya Pradesh.

MP has reported 7,024 cases as of yesterday (26 May), only 500 odd cases less than Rajasthan but the testing in the state pales in comparison to its neighbour. MP has conducted only 1,41,508 tests so far. Rajasthan has done more than double this number - 3,37,159 tests in total. No wonder that MP is finding fewer positives and its death rate is almost double that of Rajasthan. (One is not even counting the under-reporting especially in a hotspot like Indore as one local Hindi daily has reported.)

Also, notice this. While Rajasthan has doubled the number of tests in the last 20 days, MP is testing in the same range today as it was in the first week of May.

Apart from Maharashtra and Madhya Pradesh, Delhi has also been reported by the media as one of the states which may not be telling us real figure of deaths.

Testing in the national capital remains subpar. Only 1,78,579 tests have been done and there are 14,465 positive cases (8 positives per 100 tests - four times the rate we see in Rajasthan and twice that of Tamil Nadu - two leaders in testing.

It has also not ramped up testing since the beginning of the month. It’s testing around 5,000 people per day, up by 1,000 from the first week of May. The death rate remains at 2 per cent which is remarkable but as the investigation of cremation and burials by Dainik Bhaskar shows, the Kejriwal government is underreporting death figures by more than a factor of 4 (when Delhi government was telling that only 68 people have died due to Covid-19, Bhaskar investigation found that the number was around 300). If that’s the case, the actual death rate in Delhi could be close to what we are seeing in Gujarat.

Since Delhi is not conducting enough number of tests, it has to hide data about deaths to keep the mortality figure low.

What the above data suggests is that overall official figures about Covid-19 in India - whether total cases, total deaths, etc - can not be taken at face value except for a couple of states (Andhra Pradesh is also doing great on the testing front).

Moreover, we should not be too excited by the total number of total tests carried out daily in the country because clearly a few states could be skewing the numbers.

The bottom line is there is no point in looking at the national dashboard and track cases, deaths, etc. The centre would be better off not devising any policies based on these numbers coming from states. Probably, it has realised it already and is thus letting the states devise their own lockdown policies.