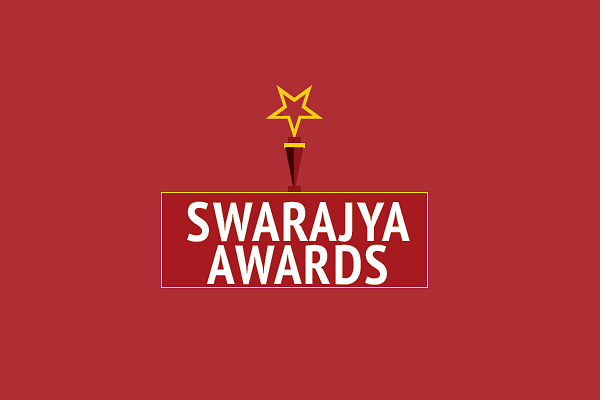 Swarajya awards will be unveiled at the inaugural session of the India Ideas Concalve 2015 to be held on Nov 15th, 2015 at Goa.

Dr.B.R Shenoy Award, named in honour of a great Indian free market economist who challenged the Nehruvian dirigisme, will be presented every year to an individual who has consistently advocated the value of open market, stood for reduced role for government in Enterprise and thereby made a significant contribution to advance human freedom.

Dr S.P Mukherjee Award, named in honour a great Indian statesman – politician and an intellectual progenitor of a uniquely Indian political philosophy, will be presented every year to an active politician who has consistently strived to uphold values that Dr Mukherjee epitomised – commitment to constitutional values, and thoughtful interventions to enrich the quality of public life.

Sree Narayana Guru Award, named in honour of the great Hindu Social reformer from Kerala who worked for social equality, spiritual freedom and economic empowerment of underprivileged, will be presented every year to individuals or institutions engaged in fields such as transformational social work projects, inspiring grassroots activism in rural education healthcare,tribal welfare, empowerment of marginalised communities and rural entrepreneurship.

Ustad Bismillah Khan Award, named in honour of one of India’s greatest musicians who embodied the essence of India’s cultural syncretism and shared civilizational heritage, will be presented every year to an individual who has achieved the highest level of excellence in fields like arts, culture, literature, philosophy and folk tradition.

The Award will carry a citation, a specially designed trophy and a cash prize of two lakh rupees.

Selected by an eminent panel and attractive prize money, this award is well positioned to emerge as a prestigious annual event.Swarajya awards will be unveiled at the inaugural session of the India Ideas Concalve 2015 to be held on Nov 15th, 2015 at Goa. More details can be found here.