A Saffron Holi Is Very Much Likely In UP 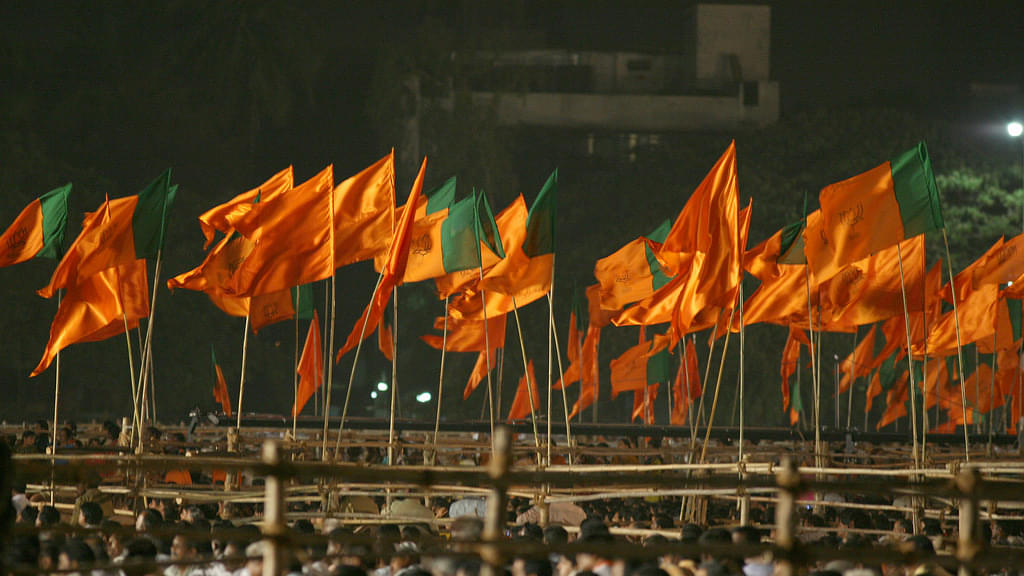 Sitting almost 6,000 km from my country, I can claim no ground reports to validate my prediction that the Bharatiya Janata Party (BJP) is most certainly winning Uttar Pradesh(UP). However, I base my prophecy on qualitative observations that I perceive from insightful articles and debates on the idiot box. I have observed intangible elements of human behaviour to sense something that many may know, but most of us don’t. At least not yet.

I have four observations to make for my baseless proposition.

1. The mood and tenor of Lutyen’s media has changed

The elation in many quarters of the media in the aftermath of the alliance between the Samajwadi Party(SP) and the Congress was to be seen to be believed. It was believed that, finally, a Bihar-type challenge was being mounted against BJP. UP ke Ladke were the toast of the town. It got further cemented in the first phase when the Rashtriya Lok Dal was reported to have done much better with Jat votes.

Then something happened midway during the polls. The narrative seemed lost and `kaam bolta hai’ mattered less and less. The mood, demeanour and body language of anchors, party spokespersons and political pundits seemed rather different. It seemed as if the initial euphoria had evaporated and the tide was turning in BJP’s favour. In stark contrast to Bihar elections, voices of many vociferous anchors suddenly seemed muted.

Now great TV anchors and psephologists are calling out the obvious – that the BJP are the favourites. I am sure they know something that you and I don’t.

I think that the Lutyen’s media played its card too soon. Or perhaps they tried to fan the gatbandhan wave and realised it too late that it had limited gas. They realised that even though Akhilesh has the goodwill, Rahul and the Congress was the baggage. UP and Bihar are poles apart. And now they are making amends.

2. The language of the SP and Congress altered midway

Buoyed by the initial media narrative, it seemed a walkover for SP and Congress. In the initial stages, the upbeat mood and language of both parties, bolstered by the joint roadshows, was magical. It persisted till the first two phases of the UP elections and then something seems to have gone wrong.

I suspect that two things developed – first, the anti-Akhilesh faction began to bite, and the Congress’ weaknesses began to be revealed, particularly in its backyard; the lack of symphony in the alliance became more evident, especially in the local media.

Midway, the narrative by the Akhilesh-Rahul duo became definitely reactive rather than proactive. The agenda began to be largely set by Modi and Amit Shah, and reactive sentiments by the SP-Congress became increasingly common. Personal attacks on Modi became quite common. It began with Akhilesh’s `Gujarat ke Gaddhe’ and finished with Rahul’s `Modi has grown old and tired’ statement. Again, I am sure they knew something that you and I didn’t.

I sense that the alliance has not worked as expected. While the SP has punched hard, the Congress is likely to have underperformed. Akhilesh has good credibility, but Rahul has too little of it. Giving 105 seats to the Congress was a fatal mistake for the SP and particularly for Akhilesh.

3. The knives are already out for Akhilesh

The Yadav Pari`war’ is set to continue. The uncertain calm that descended after Akhilesh got the election symbol was a thaw, and the opposing Shivpal camp is waiting to strike back. And strike back they will.

The initial Shivpal comment on breaking the party after the polls must be read in conjunction with the attack by Sadhana Yadav yesterday on Akhilesh. The latter comment was a dead giveaway that many in the Akhilesh pariwar feel emboldened by the fact that the SP-Congress alliance has not performed well at the hustings. Do they know something that you and I don’t?

The war in the family was for real, and it isn’t over yet. SP’s loss in the elections will trigger another round of jousting within the family. Whether it leads to a veritable split in the party remains to be seen. But Akhilesh has established himself firmly and will continue to remain a powerful leader in UP in his own right.

4. Modi’s sprint at the last lap says it all.

Many political pundits have surmised on Modi’s intensive campaigning in Varanasi before the last phase of voting. The reasons offered have ranged from `BJP losing, so he’s desperate’ to `BJP winning, so he’s consolidating further’.

My take on this is that Modi’s unusual 3-day campaigning in Varanasi was a definitive attempt to `make’ the likely BJP victory his own. Detecting the favourable winds, Modi – the astute politician that he is – wants to take complete credit for the win. He has risked his political capital because he senses the downside risks of losing are less now while the upside gains from winning are huge. This was in stark contrast to Delhi, where sensing defeat, Modi attempted to disengage himself from the campaign towards the end. He surely knows something that you and I don’t.

A win in UP will make Modi the favourite for the 2019 general elections. The BJP will continue to be the dominant pole in Indian politics. However, the opposition ranks will be in a quandary. All permutations and combinations are possible for putting up a united front against the BJP. The Congress will be the biggest loser, gradually sliding into irrelevance.