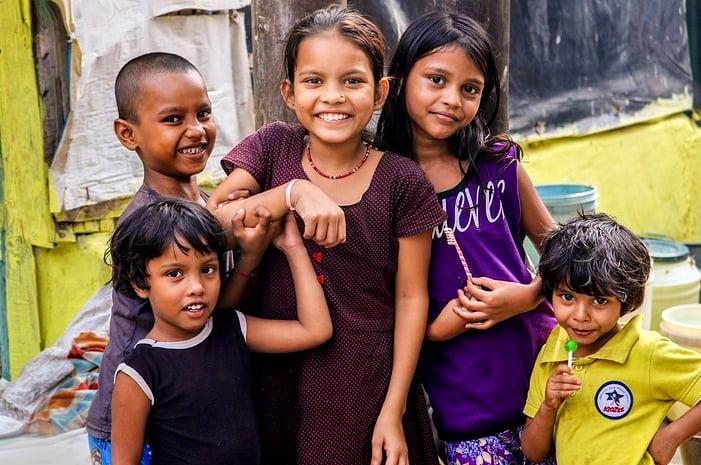 One inexplicable though amusing and harmless habit of people, of all societies of Homo sapiens, is their tendency to refer to each other by all sorts of nicknames instead of the original names given at birth. Even more amusing is that very often these nicknames are not just simplified versions of the real name, for the sake of convenience, or given rationally on the basis of some performance in studies or sports at school or association with some incident. On the contrary, the person concerned cannot even explain the reason for the distortion of his name, and is quite willing to sail through life with it.

This tendency can be traced back to early childhood itself. The younger boy in a household who had been given the beautiful name of a God, say Vishwanath, or the term for some admirable virtue like Vidyasagar or Dhirender begins to be addressed as Chotu or Badey based on the relative age, or Vishi and Sagu or Dhiru. As time passes the distortion gets worse and unrecognisable, having no correlation to the original name, e.g Vaish, Sags and Byre.

Children at school deliberately give humiliating names to teachers like ‘Elugubantu’ (for a bear in Telugu) for the maths teacher who is fat and hairy and ‘Gudlagooba’ (an owl in telugu) for the history teacher who has very prominent eyeballs, and so on and so forth. All these teachers have respectable names chosen from our great epics.

Most teachers take this in stride as a harmless pastime, indulged in by the students but in some cases when a teacher suspects some malafide intention on the part of the student, friction develops which is not desirable in an academic institution.

Students also pick their targets among the faculty. I recall the plight of our science teacher, who was addressed for some reason as "Jeevudu" meaning a life force in Telugu. This poor teacher used to enter our class with trepidation. As soon as he started writing on the blackboard with his back facing the students, they would start chanting "jeevudu". The students in the front row would say loudly "jeevudu". Then the students in the second row would say "jeevudu", slightly reducing the volume of the sound. This name would get repeated by students in all the rows with progressively decreasing loudness. This poor man broke into tears and pleaded with the students as to why they were teasing him in this fashion. A stage arose when he actually wept.

While pardoning children for such antics, what should be of concern for all of us is the psychological process at work that seems universal and which eludes any explanation.

I digress. A mention must be made of the habit of shortening names, by members of a family or intimate friends. Basker becomes Baski. Raghavan becomes Raghu. Ponnaiyya becomes Ponni and Pavithran becomes Pavi. In some cases the nickname given defies reason. My uncle Ramakrishnan was called Balu by friends and relations. We still don't know why. The nicknames given to each other by members of a family defy any attempt to dislodge them and sometimes completely obliterate the original name.

One example I can readily recall is the trouble I had to undergo to trace one ‘Kikki’ abroad for the sake of a visiting friend. Unfortunately, he himself had forgotten where ‘Kikki’ was working and could not readily recall his original name. He returned to India a disappointed man, having not met ‘Kikki’. There must be many more such instances, which readers may be able to recall.

In training institutions like those of the Police, where the cadets are put through a rigorous course of physical exercise (beyond the limits of human endurance?) the helpless trainees resort to a psychological compensatory mechanism, by referring to their physical instructors by various humiliating names/terms e.g. ‘One-eyed Jack’, ‘Fatso’, ‘Hunchback’, etc.

An uncle of mine, whose speciality was pun, referred to ‘Sherlock Holmes’ as ‘Sheerluck Holmes’, and a small ‘Venus De Milo’ statue gifted to him by his son as ‘Venus De Mylapore’. One dentist in Madras Migalani was described by him as a person who leaves no tooth unpulled, charging you heavily (‘Pannu Migalaneeyadu’, ‘Dabbu Migalaneeyadu’ --( migalalaneeyadu is Telugu for "will not be allowed to remain, pannu is tooth and dabbu is money) Sometimes, the nickname is a ‘pet name’ for a loved one, e.g ‘CLBDK (Cute Little Baby Darling Kitten) for one’s young bride (though it is longer than the actual name or ‘pooney kutti’ (for kitten in Tamil)) for the younger son and ‘pooney’ (cat in Tamil ) for the elder son, though the elder one had also been referred to as ‘pooney kutti’ when he had been the only baby, before the second one was born. Of course, the father has to be very careful not to address them in this fashion in public, once they are young men with jobs, and are also married.

Sometimes people are referred to only by their initials e.g G.N.B(for G.N. Balasubramanian) or MS( for M. Subbulakshmi), M.L.V. (for M.L.Vasantha Kumari). This practice is prevalent in the south where even family names or first names are commonly used for referring to musicians and actors, e.g. Semmangudi for Semmangudi Sreenivasa Iyer, Lalgudi (for Lalgudi Jayaraman) and Gummadi ( for Gummadi Venkateswara Rao the Telugu actor). These are accepted by the ordinary public and the musicians themselves.

Yet another habit is adding a particular quality of a person as a surname. For example what made the Carnatic musician different from others was his voice, that booming, metallic, powerful voice which never seemed to depart from sruti. With a knowledge of the art deeply acquired and with a voice that earned him the fame of ‘Bell Metal Voiced Bhagavathar’ with its power and majesty sweet and melodious. Similarly when Carnatic musician Varadachariar, was at Mysore, he attracted the attention of Krishnaraja Wodeyar, who honoured him with the title of 'Tiger'. It was unique that in spite of a gruff voice, the 'Tiger' strode like a colossus for decades and extracted respect and honour with his superlative knowledge and universally accepted teaching acumen.

In a similar fashion there is another manner in which two persons with the same name are distinguished by adding a particular quality associated with that person as a sort of surname. Thus there were two Natarajans in one class- Physics( honours). One was extraordinarily brilliant whereas the other was not. Their classmates called them as "genius Natarajan" and " ordinary Natarajan" for no fault of the latter, who was fairly bright. There was a gentleman who had an irritating habit of correcting figures. To cite an example, if someone in a group said that about 5,000 people perished in an earthquake somewhere, he would say 4985 perished. Because of this, he was called "correction Seshadri".

Similarly, there is yet another harmless category; some people are generally known throughout life by certain names—Dodo, Cheta, and Daggi, etc., whose genesis cannot be traced.

However, the tendency of distortion of names is irrational and irritating and hence avoidable, but there is perhaps no harm, insofar as the intention is to indicate intimacy and introduce informality, or for the sake of humour and convenience. But where the motive is either to insult or humiliate or even reflects a patronising attitude, it may not be possible to defend the action. In fact, it has to be discouraged. As far as I am concerned I have not had any problem with some people referring to me as Ravas, or Raves.