Claim To Indian Citizenship Is A Test For Indian Secularism 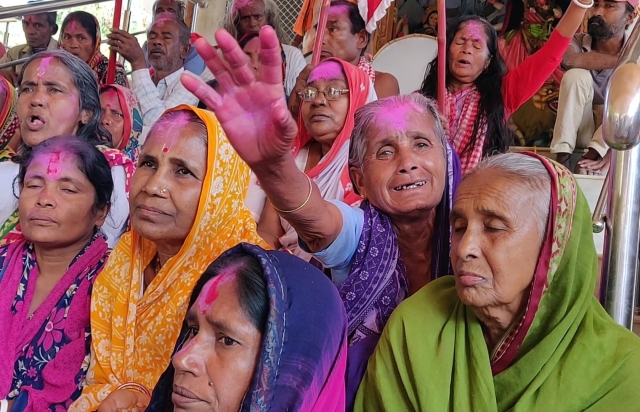 Secularism, as a value, has to live with other values cherished by people constituting themselves as a nation.

In 1947 Muslims of Undivided India secured their demand for a separate nation. They believed their faith did not allow them to commit to the idea of a nation where Islam was not to be the driving spirit or Muslims were not in leadership positions.

They got what they wanted but their fetish to get a Muslim nation for themselves proved too costly for humanity. Millions were uprooted and forced to migrate from their homelands and hundreds of thousands perished in religious pogroms during the process of separation.

All communities suffered in the turmoil. Yet, there were many on both sides who, despite there being compelling reasons for them to migrate, had to stay back.

Whatever be the reason for not migrating, it would nevertheless be interesting to speculate about the state of mind of those who could not migrate.

For those Muslims in India who could not migrate despite their wish, it was surely a case of being “so near to their cherished dreamland and yet so far”.

But it was, at best, a loss of an option – the option of either migrating to a promised Islamic dreamland or that of staying back in the land which was always their home and which was promising to stay the same for all those who called it their homeland.

For people of Indic Dharmas (Hindus, Sikhs, Jains, Buddhists, etc.), on the other hand, there was no search for any other paradise – that land which became Pakistan was their janam, karam and dharam bhoomi.

Therefore, it would not be hard to imagine what would have been the state of mind of those Hindus, Sikhs and others who had to stay back.

Not expecting any positive commitment of being provided a respectful space in the Pakistani polity or society, the only thing they could have afforded to have was a feeble hope of being left to their fate without interference.

Unfortunately, the way history unfolded, the minorities in Pakistan saw their humble expectations getting reduced to a chimera as the keepers of the “land of the pure” were indisposed to the idea of behaving with minimum human decency.

Hence what followed was a systematic and sustained persecution of these people in Pakistan.

But when the situation eventually led to the creation of Pakistan, those people of Dharmic communities -- whose circumstances forced them to remain in Pakistan to face religious persecution -- expected India to remain available as a place of natural and permanent protection of their lives and honour.

India failed to display definitiveness towards taking up this responsibility all this while and this failure stands as a testimony to the manipulative ways in which Indian secularism, as articulated by the Indian Intellectual class, has twisted the Indian political psyche.

The Indian political class could not generate enough courage to declare that the people of Dharmic communities, particularly when persecuted for their religious or spiritual beliefs, have a home called India, ever ready for a motherly embrace.

I see this as a result of a more fundamental failure to accept that secularism as a political principle is not the only indicia to define or describe India. While defining India and determining her responsibilities it would be a mistake if we only say “India is a secular country.”

Those who make this mistake would have a hard time explaining how India is different from any other country that calls itself secular. If secularism and non-secularism at a political level are the only criteria to define and differentiate modern nation-states, then what stops us from treating all politically secular nations as one big nation?

Therefore, one would have to accept that there is something more fundamental to India’s personality than its characteristic of being a politically secular country.

I endorse the position that describing India as “civilisationally Dharmic, politically secular” nation is a more complete definition of India.

And if this description is a more accurate approximation of India’s national personality, then it is a natural next step to say that India has a moral obligation to assume special responsibility towards the people of Dharmic backgrounds when they are persecuted.

If some “secular soul” were to shout at me: “But what happens to India’s secularism?!” my immediate impulse would be to shout back: “Secularism is not the only headache India has.”

At times one feels that some of these people deserve no better answer than this curt reply. Yet, despite the rhetorical satisfaction of such a reply to such people, I am not comfortable being dismissive of the value or importance of secularism.

Therefore, as I contemplate this apparent conflict between India’s political and civilizational character, I end up with a question that probably contains the answer I am looking for.

Marx had said, “Religion is the opium of the masses.” Borrowing his phraseology, I ask myself: is secularism the opium of the nations, in the sense that once they consume it, they necessarily forget everything else about themselves?

Clearly there are many in India who believed this to be the case. I immediately think of Pandit Nehru’s well-known disapproval of and resistance to India’s civilizational project of reconstructing the Somnath Temple.

Nehru probably expected secularism to act like opium to get Indians delusional so that they abandon any expectation of looking towards their own state for their civilizational rejuvenation.

This Nehruvian expectation was symptomatic of the malaise that eventually came to grip the psyche of the established or aspiring secularists in India.

I am tempted to mention a personal recollection of a college junior in Delhi University, an aspiring ‘secularist’, whispering into my ears his discomfort with the act of lighting a ‘non-secular’ diya (oil lamp) to inaugurate an official function in a ‘secular’ space like a public university in India.

My case is that if secularism is reduced to an agent that de-roots people from their culture, history and from their past and from things people believe define them, practicing secularism would become an unsustainable endeavor (not only in India but the world over).

Secularism, as a value, has to live with other values cherished by people constituting themselves as a nation.

In the more immediate context of the debate generated by the amendments to the Citizenship Act passed by the Parliament, I would say the following.

In order to contribute to saving secularism from becoming a self-defeating phenomenon in Dharmic Secular India, it is imperative that we see Indian secularism as accommodative of India’s obligation to remain vigilant and responsive to the concerns of the people of Dharmic backgrounds living in hostile political or social environments.

This responsibility becomes even more particular and acute when we speak about accommodating the persecuted minorities of Indian Dharmic background living in Pakistan and Bangladesh who, but for their circumstantial compulsions in 1947, should have been in India as part of the partition arrangement.

Therefore, principally I support amending the Indian Citizenship Law in a manner that attempts to move towards an explicit acknowledgment of India’s responsibility in this regard.

Finally, before I close, let me also briefly state my position on whether the inclusion of Christians and Parsis in the recent amendments impacts the compatibility of the action with the principle of secularism.

I believe India’s secular credentials do not get compromised because it cares for those non-Muslim communities whose existence remains in continuous jeopardy as a consequence of the communal partition of India.