COP26: The 'Developed World' Can No Longer Run Away From Its Responsibility 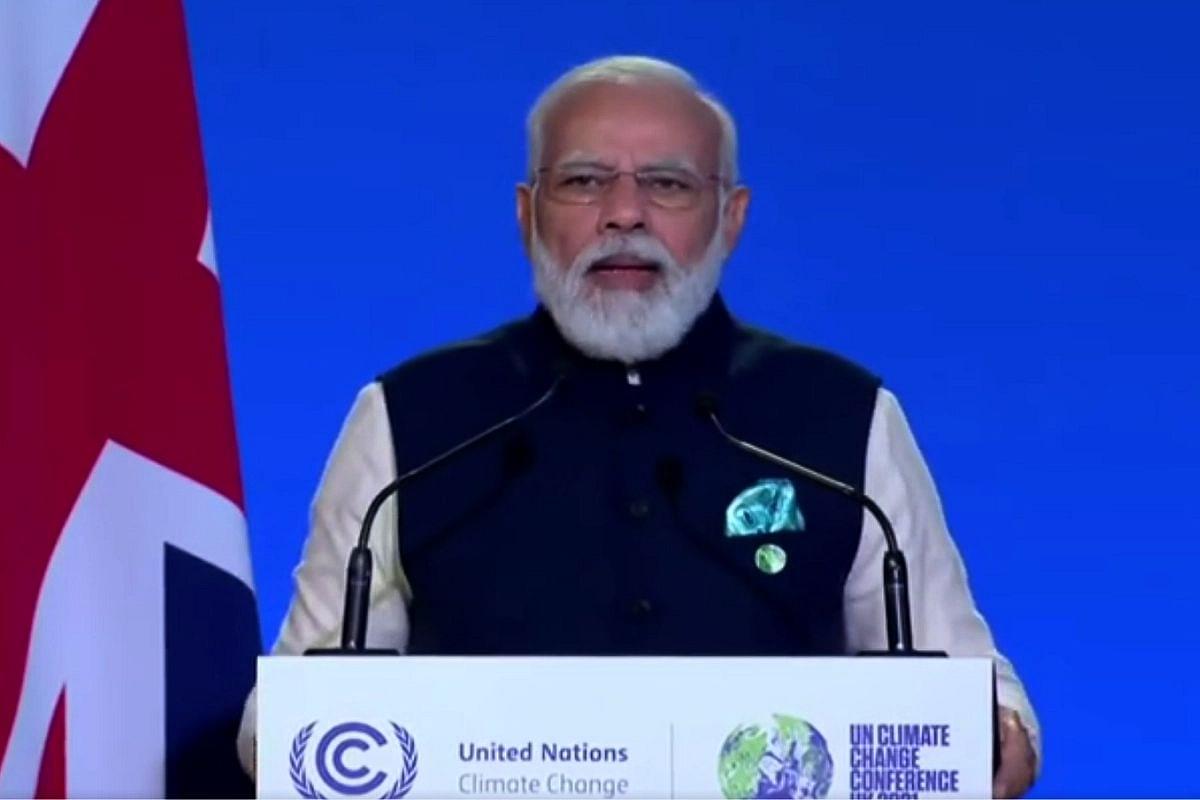 The Conference of Parties (COP26) in Glasgow ended a few days ago. India should be proud for having driven an equitable outcome that helps save the planet and yet ensures that the responsibility for the same is distributed fairly across different countries.

For more than 200 years since the industrialisation of Europe, the developed world has used the global carbon space, which is why we are where we are. The developing world also has a right to share this carbon space for its own industrialisation. The poverty of today’s generation is not the solution for the security of tomorrow. This is not a binary trade-off. We need to be prosperous today and sustainable tomorrow – both at the same time.

This is the duality which the commentators in the west choose to ignore. They are, of course, not ignorant because of a lack of data. India’s economic development path is well known and well documented. India’s commitment to the environment is also well documented. The west wants to can the rise of India in the name of environment so that their economies continue to prosper and their firms continue to enjoy Indian market access, while India’s industrial growth is stymied.

India is, however, now making firm environment commitments that are more than proportional to its emissions and actually acting on it. Prime Minister Narendra Modi made a net-zero carbon emission commitment for India to achieve by 2070 – a bold and proactive move. But he also made it clear that the developed world has to ensure access to climate finance and technology transfer to make this deal a success. In saying this clearly, he was articulating the ambition of not just Indians but the developing world as a whole.

India is already leading from the front. The 2030 target for renewable energy installed capacity now stands at 500 GW, as PM Modi declared in Glasgow. We are already nearing 175 GW in installed renewable capacity, and this has been achieved without active support of global climate funds.

Indian Railways has set a net-zero target by 2030. India is shifting modal transport from road to rail and water, taking a big source of carbon emissions away. The Railways consumes 3 per cent of all Indian diesel imports. This diesel consumption can easily be cut down with full electrification.

India is the leader in solar industry globally and led the world with the International Solar Alliance. The United States of America recently became the 101st member of this alliance. The alliance aspires to raise a trillion-dollar for enhancing global solar installed capacity. This is one of the commitments India made and has been working relentlessly to drive success.

The Indian Electric Vehicle (EV) revolution is just starting. More than 10 companies produce two- and three-wheeler EVs. Eighty per cent of all vehicles in this segment are likely to go electric in this decade. Electric cars are also being promoted by the government, and the charging infrastructure is being readied at a brisk pace. The Production Linked Incentives (PLI) scheme, India’s program to drive quicker industrialisation domestically, focus on attracting global and Indian firms in this space.

PM Modi had announced a National Hydrogen Mission from the ramparts of the Red Fort on this year's Independence Day. This mission has been launched with a focus on using green hydrogen as the clean upstream fuel source to power other energy and industrial installations.

India is also at the forefront of setting up a gas-based economy, taking households and small industries away from firewood, kerosene and other polluting fuels. Gas-based economy marks a key interim transition to cleaner fossil fuel, yet making a big positive impact on society’s upliftment and energy access.

India also signed the Kigali Amendment of the Montreal protocol, too, to address the issue of hydrochlorofluorocarbon (HFCs) proliferation. Under this declaration, India has committed through till 2047 to reduce the emissions that harm the ozone layer.

Government programs like Saubhagya – electrification helping reduce kerosene use, Ujwala – domestic cooking gas access helping save the forest cover and reduce biomass use and Ujala – reducing carbon emissions through use of energy-efficient bulbs have already created a big positive impact on the environment.

Environment Minister Bhupendra Yadav rightly rallied for the imbalances in how the climate problem is perceived. To monitor emissions, developed countries propose annual checkpoints. But there is hardly any mention of follow up on promises of climate finance and technology transfer. The developed world’s promise of $100 billion every year has been a mere lip service, and this is the real problem the western media needs to talk about.

‘LIFE’ – Lifestyle for Environment is the Indian mantra already on the table, along with a net-zero promise. Will the industrialised nations rise to pay for their past sins and help save the world for future generations?