Disruption In Democracy And The ‘Left’ Debate: Why TM Krishna Is Wrong 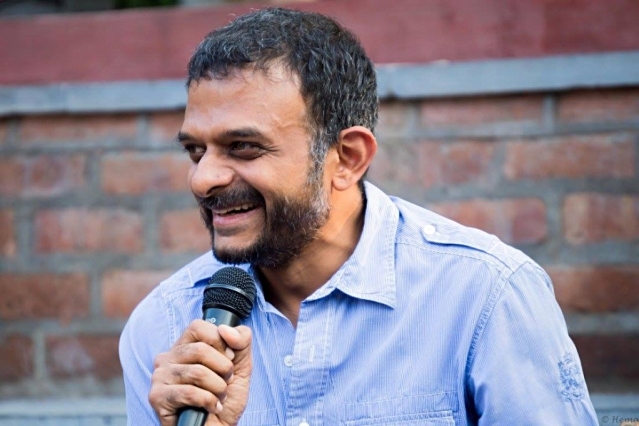 Let me start with a couple of disclaimers. First, I’m a big fan of TM Krishna. In many ways, my love for Carnatic music is sweeter after hearing him sing.

I also like his “modernist” attempts like not referring to other musicians on stage as ‘accompanying artists’ as they are equally important to the concert experience.

Second, I volunteer at Isha Foundation. Suffice it important to note that I am a ‘volunteer’, and I detest being called a ‘follower’.

In a recent article responding to Sadhguru’s piece “I am more left than you think”, TM Krishna wrote, “Being left is about recognising and grappling with various kinds of marginalisation”.

He responds to several passages in Sadhguru’s piece, but the piece only exposes his myopic and limited view of communism, its evolution and the heart of “left” ideals.

The holy-grail of the communist ideal is a “Classless Society”. Classless society refers to a society in which no one is born into a social class.

Such distinctions of wealth, income, education, culture, or social network might arise and would only be determined by individual experience and achievement in such a society.

In societies where classes have been abolished, it is usually the result of a voluntary decision by the membership to form such a society to abolish a pre-existing class structure in an existing society or to form a new one without any.

The Isha Yoga Center is a beautiful example. Everyone there is by their own volition, voluntarily.

The social class they were born into has no relevance, but only what competence is being demonstrated has value in different spheres of activity.

In activities where this competence has no relevance, such as dining, the distinctions are irrelevant.

To refer to the thousands of intelligent and competent individuals who have voluntarily made a choice to live in the classless commune as ‘mindless followers’ is insensitive and derogatory.

Classlessness referred to as society that has acquired pervasive and substantial social justice where the economic/social upper class wields no special political power, as experienced historically, is virtually nonexistent as it cannot be achieved.

This ideal cannot be achieved by merely dismantling an existing socio-political class structure, because the root cause of the discrimination is not the socio-political identity.

The real cause is the difficulty human beings have in dismantling all forms of identity and embracing all, with inclusiveness.

The basis of class discrimination is not the category of class, but the compulsive desire to dominate over whatever is considered a lower class.

This discrimination is ubiquitous, rich over the poor, urban dwellers over tribals, vocalists over mridangists, car drivers over pedestrians and the list can go on and on.

And the idea that each and every class discrimination needs to be protested with large public inconveniencing demonstrations is juvenile.

The sustainable solution is Yoga. Yoga means union. The only path to union is universal inclusiveness.

The path is to obliterate the boundaries of identity and embrace not just all humans, but all life itself.

In that sense, Sadhguru’s work is the core-work of the communist ideal.

And the Isha Yoga Center is the shining example that his work is bearing fruit, at least in small form.

TM Krishna has equated the disruptive protests of the Independence movement to the protests in democratically governed India.

This is a fundamental fallacy. Protesting an occupying force should not be equated with protesting a democratically elected government.

In the former case, disagreeing has simply no democratic, judicial or electoral recourse.

In the latter, all the three alternatives, a democratic, judicial and electoral recourse, are available to the citizens of India.

Eulogising disruptive protests is harmful for our democracy. Within the framework of the Constitution, there are several instances of public pressure (read democratic) exerted on governments, including in the form of protests, without any disruption.

Three recent examples come to mind. One, what came to be known as “Kisan Long March” in Maharashtra in 2018 when over 25,000 farmers marched from Nasik to Mumbai with practically no disruption to citizens.

Two, the Indian Against Corruption movement at Ram Lila Maidan with Anna Hazare fasting and leading to the “Lok Pal Bill”.

Three, not a “protest” but a way of gathering public support for policy change, “Rally for Rivers” with over 162 million backing the movement, forcing the government to rethink its policy on river rejuvenation.

The idea that disruption alone will move democratic societies is antithetical.

Democratic ideals of inclusiveness, while appearing to be in conflict with its model of implementation through universal adult franchise, are in fact truly beautiful because they place faith in humanity to go beyond their compulsions of class and choose a larger good.

The Indian electorate has shown this maturity time and again, and this must be celebrated.

Even in this context, the path of Yoga can be the bedrock of building a society of democratic ideals.

Inclusiveness is what it takes for the majority in a nation to care about uplifting marginalised communities.

One cannot force their way through to inclusiveness, it must blossom in our societies. Yoga is a time-tested path to creating inclusive individuals.

It’s quite unfortunate that TM Krishna’s piece has too many references of personal attacks on Sadhguru.

This is not the form of public debate that must be encouraged.

Disagreeing with views should not degenerate into personal attacks, and that is most unhealthy for democratic civil society.

What we do not need is character assassinations to further political ideology.

What we do need is high-quality conversation. What we need is intellectual integrity to truly reflect on the views of those we agree as well as disagree with.

What we need is to evolve our collective understanding of how to better our societies.