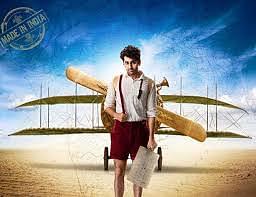 …and the flaws are way too many.

“Ancient India had planes” screamed one headline on NDTV and then there followed laughter and ridicule. “Airplanes in Vedic age could fly between planets” was another headline in another newspaper and more ridicule and laughter followed. Over the last few weeks, ever since Anand Bodas, a pilot and Ameya Jadhav, an M.Tech graduate and a Sanskrit scholar presented a research paper on aviation in Vedic era during the 102nd Indian Science Congress, we have witnessed this constant mocking about what is often derided as “Hindu pseudo-science”.

When news anchors discuss the Prime Minister’s statements on probable advancements in medical sciences in ‘ancient India’, one can clearly witness that ridiculous smirk on their faces as if to tell us how outrageously silly we are as a nation. The general refrain is simple, anything that is ‘Hindu’ has to be simply outdated, outwitted and outlived now by Western science. Us Macaulay putras have been so deeply ingrained by the British and the West to reject the old India that we instinctively react with disbelief when we come across anything even remotely suggestive of scientific advancement in our history.

This constant rejection of ancient Hindustan and the consequent ridicule of any notion of Vedas being a repository of what the modern world terms today as “science and technology” has created such deeply ingrained cultural values in our society that most young Indians simply believe it is uncool to even go into the merits and demerits of this discussion. This is how tight the Left’s grip is on Indian discourse. Our young men and women, even perfectly rational ones, either reject Vedic Sciences as silly or are simply too uncomfortable debating them.

Imagine, if this is the state of being today, what it would be like some 120 years ago, during the British Raj, if a Vedic scientist were to propose to fly based on Vaimanika Shastra! Subbaraya Shastry and Shivkar Bapu Talpade face ridicule, poverty and societal antipathy in Hawaizaada for they are attempting to soar into the skies while India as a nation is chained to the ground at her ankles. A 120 years later, we can be forgiven for empathizing with that struggle of two madcap Vedic scholars because the British Raj has now been replaced by the liberal elite of Lutyens Delhi who still have kept our ankles chained to the ground, lest we try to fly.

Hawaizaada is a flawed masterpiece and the flaws are way too many – editing by Shan Mohammad being the chief culprit as the film is too meandering at times and could have been at least some 25 minutes shorter than what it is. Debutant director, Vibhu Virender Puri is so obsessed with the Sanjay Leela Bhansali school of cinematography that each colorful frame is an indulgence in background poetry, but by the end of 3 hours this indulgence becomes almost obsessively irritating and those blue tinged picture-perfect props are one too many. At times we get lost in all that colour and background music and lyrical asides, so lost in fact that we tend to forget the plot-line itself. What really lets down Hawaizaada is the climactic flight which comes too late in the evening and with way too many unnecessary divergences in between.

Yet, Hawaizaada is also a could-have-been-masterpiece of a cinema, a biopic of an unheralded scientist who even sings a song hoping that someday the government of the land would recognize his genius and commemorate him with a postal stamp. The film is replete with Hindu iconography which is what really fills your heart with joy. Truly a joy indeed to see Bollywood heroes reciting Sanskrit Shlokas from Veda and interpreting them for us with such ease and finesse. There is also Balgangadhar Tilak sitting on a rath carrying Ganapathi for a visarjan, the ultimate icon of coolness that Tilak bestowed upon a generation of Indians in the 19th century India. The definitive iconography though is the flight of an unmanned “Hawai Jahaaz” even as the conch sounds of a Shankhnaad renders the air around us while there is recitation of “Hare Krishna and Hare Rama” in the background. To this extent this is a movie that should anger the Lefties to no end.

The story of Subbaraya Shashtry’s (often hamming Mithun Chakraborthy in a delightfully funny avatar) struggles to re-interpret Vaimanika Shastra and build a flying object in the company of another madcap inventor Shivkar Talpade (the boyish yet believable Ayushman Khurana) who is in love with a dancing starlet of a Marathi Tamasha troupe goes in such linearity that at times it leaves you frustrated. Oh, and by the way, the Tamasha dancing heroine has such an impossibly perfect gym toned hourglass torso that you simply cannot imagine her to be a female creature of the 19th century.

The British cops, governors and viceroys are all such caricatures that one wonders what the screenplay writer actually had in mind, did he want to make us laugh or was he laughing at himself while etching out such characters? This Bollywood’s evolution of creating ‘firang’ characters out of Tom Alters and Bob Christos to the caricatures of Hawaizaada is probably our own way of avenging the Western world’s description of India as the land of snake charmers. The real show stealer though is the young boy Naman Joshi who essays the role of Talpade’s brilliant nephew, Narayan. In real life, Narayan Shastry is credited with propagating the original Vaimanika Shastra.

Finally, in the climactic scene, Talpade manages to fire a Mercury powered engine and flies off with his Tamasha dancer girlfriend into a picture-perfect sunset some 8 years before the Wright Brothers’ first manned flight. We are then told in the end credits that NASA is now proposing an engine with Mercury as the fuel, a century after a scientist in India supposedly soared into the skies. Maybe this is one movie that deserves a 100% tax rebate from the government just to give it a little bit of a push.

This is an effort that is worth a watch, just for its sheer ability to tear away the carefully constructed rhetoric of the Left which makes anything that is associated with ancient Indian civilization uncool. Movies and pop-culture are an important medium to set right the societal mores and make it cool to be patriotic and proud of our Vedic legacy. Go watch the Bollywood musical, Hawaizaada in a movie theatre near you and be a part of the colorful indulgence of the life and times of Shivkar Talpade. Once you return back home, go stand in your terrace/balcony and shout out loudly to the world around you, “Vande Mataram!”. Trust me, it is a liberating experience.