How Technology Allows Us To Keep In Touch Like Old Days, The Really Old Days 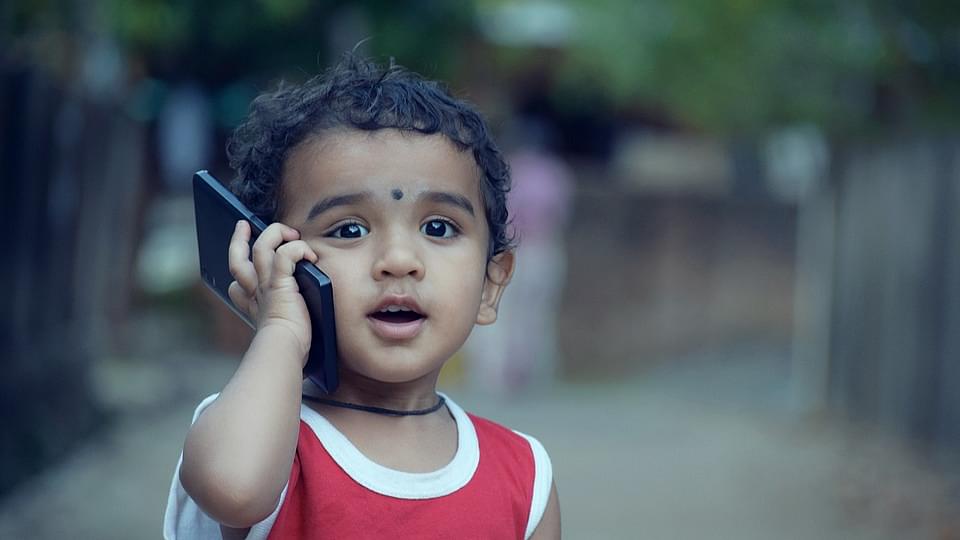 A child speaking on a mobile phone. (Pixabay)

Getting involved in hunting or farming or doing office work has always been part of human existence. Man has always worked to earn his daily bread. What has been changing though is the manner in which we spend our time while working. For some lucky few it has been comfortable but for majority work has been drudgery.

It is calculated that man on an average spent three hours working in the pre-historic days! Fascinating, isn’t it? Of course what it means is that this was the average time a person spent to hunt or forage and may not include the time it required to prepare meals or caring for the children; but still, wasn’t it great that our ancestors actually had roughly 21 hours as leisure and sleep time? What happened that it all changed, and would we be willing to give up on some of our comforts for the sake of this extra leisure time?

Ok, accepted that it happened way back in time and we have irrevocably moved ahead, but what exactly was the norm in pre-industrialised era? As we all know that industrialisation started about 250 years back, around 1750 CE. At that time, the number of professions available were limited like farming, carpentry, ironsmithing, etc. but one thing which was common to all professions is that all these required very less travelling and people learned these vocations within families. They seldom ventured far. Even during their working hours, they stayed in communication with their families and loved ones as they all worked together or their working places were within the confines of their homes. There was actually no time when they got cut off from their families. The communication was always alive. Of course there were exceptions like those of traders and seafarers but they were, well just that, exceptions. So in a nutshell, we can conclude that our world was small before 1750 and we remained in constant communication within that.

All that was about to change.

As the winds of industrialisation swept Europe, and later the entire globe our world changed upside down. What exactly changed was not a single factor but rather a mix of several things. Machines were made for literally all tasks, which were earlier in the hands of people. For example, the profession of a weaver was taken over by giant size mills, which started producing cloth in bulk. Same happened in other sectors, and soon we had a factory for everything. This was generally due to two reasons; first was the wave of inventions resulting in the arrival of machines for everything which was earlier done by hands, and second, the application of the power of steam, which made possible the running of these machines. All this hugely affected the way we worked.

Working within the precincts of their homes/villages was no more cost effective. People were soon leaving their respective homes and even villages to work in these factories which led to urbanisation at a large scale. People who were earlier connected to their families were now moving to far away cities, which housed these factories and were thus getting disconnected from their roots. This brought about a sea change in our communication trends within our close circle. Leave alone meeting, even talking with the loved ones became a luxury and led to many sociological changes, which are altogether a different study. What happened very clearly was a deep change in the expectations from a person at work. Now a person was supposed to be disassociated with his family and friends for a long period of time and this was the new normal!

This trend grew exponentially as the industrialisation spread far and wide and also because as a globe the physical distances were decreasing and people travelled more and to greater distances. What a paradox it was, the reduction in physical distance led to increase in the social distance of the entire population. With this, our methods of rearing children to face up these challenges also changed and some of these changes we still see all around us.

We all remember that right at the age of just about four years almost all of us were dragged and left at schools, where we were forcefully disconnected with our families for several hours. In so called good schools the process was gradual and started with one to two hours initially and increased later but in most, this was a sudden process. In reality, this fact was so important that extracting a kid out of his family actually formed a major part of education. Imagine this separation of six-eight hours a day was done to prepare the child for a lifetime of isolation at work! This gradually become ingrained in our minds and we all took this as a normal. But should it really be so?

Since the ushering in of twentieth century, we saw the means of communication slowly making their presence felt. First, major change was introduced with the invention of telephone. Now people could talk to each other at any time and from any distance. But for several years this technology remained very expensive and not accessible to the common man. This was more in the case of workplaces, where a telephone was supposed to be used by a worker only in case of an emergency. In fact, if a person had a direct phone in his office, you would instantly know that he was an important and senior official.

Then came International Subscriber Dialing (ISD) and Subscriber Trunk Dialing (STD) for long distance international and intercity calling, respectively. In India, we all remember the era of STD booths, where we spent a fortune trying to hear the voice of our loved ones. Added to that we had to wait till late nights when lines got cheaper and a few minutes of communication could take place. Thus STD did not make a dent in the working time environment. For the present generation this may appear to be something from a distant past, but actually this was the scenario just 20 years back.

All this change gathered great pace in the twenty-first century. Mobile phones introduced in the late twentieth century became commonplace and cheap as the twenty-first century arrived. Several messenger services were launched where texting also became possible as means to communicate instantly and competed with voice calls, being cheaper as they used much less data.

In 2004, Facebook was launched and revolutionised communication. Launching of WhatsApp in 2010 nearly perfected end to end text communication. It is a freeware which is cross-platform and instant messaging application for smartphones which allowed people to practically stay in touch 24x7 almost at zero cost. With WhatsApp people found out that texting could be an instant communication method and as effective and gratifying, at times even better, than actually talking to the person. On top of that, as is the case with all things technological, the prices have actually tanked for data usage and even voice and video calls are now possible over the same platform. Suddenly remaining in constant touch was no more the preserve of the elite and rich.

All this live communication and that too at very low prices is completely changing our work ethos like never before. No more a person goes to a factory or an office and remains incommunicado for eight or 10 hours continuously. A website www.salary.com conducted a survey to find the time wasted by employees on internet which claims that over 89 per cent do that. Now that’s practically everyone of us. There have been a host of applications which can track how much time a particular employee is actually working. But the point here is not to quantify this trait and treat this as time wasted but to study the impact of communication trends on the behaviour of working population as a whole.

What is needed to be realised is that a person is now no more getting totally isolated for protracted periods of time. And this is going to change the entire mindset we have acquired over a course of last three centuries. First change that should come is in the way our children start schooling. Do we really have to disconnect them from their mothers and families at the age of four years? Time has come when preschools should start a live video interaction at every one or two hours or at lunch breaks of the child with its mother. This will make the life of these very young kids much easier. At present, a mobile phone is not allowed by any school in classes but is still carried by many. Is the restriction really relevant now?

When a teenager goes to college for higher studies, she will still remain connected to her parents and family as live communication is possible every day and from everywhere. A worker, who joins an organisation in some distant city or even another country will not lose touch with his family. A refugee or an immigrant, who otherwise would not be able to see his family for several years at a stretch, is now able to remain in regular contact. All this is hopefully having a positive impact on the psychological well being of the person. Although the overall impact needs to be studied in detail.

In workplaces also, a person would remain in communication throughout and this has to be accepted. A mother who returns to work after a pregnancy would not be majorly worried for the well being of her child she has left at home as she would be seeing the child regularly. A single father can actually concentrate on his work better once he has received a message from his son that he has reached home from school.

All this is similar to the pre-industrialisation days when people remained in touch with each other even when they worked, as the physical distance between workplace and home was never too great. Technology is now heralding a time when a person would move from his place to another but would still be taking his cocoon along and not feel isolated and lonely. A technology, where a son could actually smell his mother’s cooking or a wife, who has gone to work in a far away land, could actually feel the touch of her husband is the next big thing about to become common. Technology is actually making us connected just like the good old days, so happy times are coming for all. Greet it with open hands.