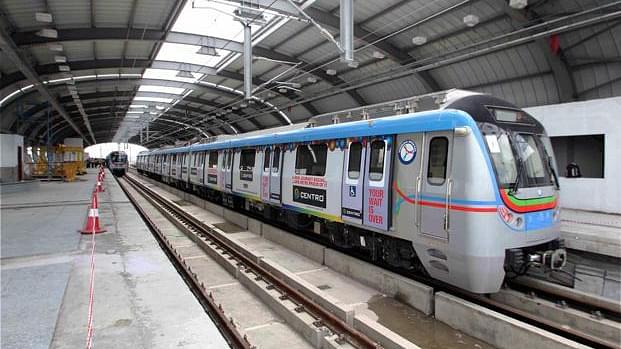 The world’s first railway journey took place in 1804 in England, and the first metro rail appeared as underground rail in London in 1863. In India, the first railway journey kicked off in 1853 in Bombay (Mumbai) while the first Indian metro line started in Calcutta (Kolkata) in 1984. Ever since, the Mumbai suburban railway system has been transplanted in other Indian cities where they were not able to match up to the modern lifestyle and transport demands of the people.

Then came Delhi Metro, commissioned in 2002, ushering the metro movement as an urban transport solution to Indian metropolitan cities, so much so that now even cities with population under five million are also going the metro way.

Thus far, operational metro projects in the Indian cities of Kolkata, Delhi, Chennai, Bengaluru, Jaipur, and Kochi are government projects. Because of viability challenges, among other reasons, none of these projects are entirely in the private sector domain with even Delhi Airport Metro Express now taken over by Delhi Metro Rail Corporation. Mumbai Metro is a public-and-private joint venture, while Gurugram is through the government’s special purpose vehicle, not a regular private sector company.

Hyderabad Metro, on the other hand, is coming up on the back of private sector investment by the Indian engineering giant Larsen & Toubro, which, with its earlier investment in Hyderabad, launched L&T Information City “Cyber Towers” in November 1998 that propelled Hyderabad into a top information technology destination in India. Now after 19 years, it’s expected to launch Hyderabad Metro in November 2017 with the potential to propel the city into a global hub.

Here are the highlights for which Hyderabad Metro deserves credit:

Because of the large-scale investment involved in metro projects, the role of government in the success of metro projects is significant anywhere in the world. While rich countries with large-scale tax revenues could afford high costs and drive the metro projects’ scale and penetration, developing countries find it quite hard to sustain the cost of metro setup and operation. Hence, India needs to evolve its own public-private-partnership model for metro projects that make both government and the private sector play to their strengths.

While India has already opted for the bullet train and its technology from Japan, it should also look to get Japan’s private sector railway business model, which has propelled urban transformation across the country with regional railways, providing comprehensive transport choices to people by creating new townships with shopping malls integrated with metro rail lines.

While Phase 1 has addressed the core of inner city transport in Hyderabad, further phases should drive Hyderabad’s geographical growth, leveraging airport and the Outer Ring Road with arterial roads in all directions of Medchal, Shamirpet, Ghatkesar, Hayat Nagar, Shamshabad, Vikarabad, Patancheru, and so on.

A new metro policy which makes the PPP component mandatory, would augur well for taking metro implementation to the next level – by not only driving transit-oriented development but also pushing the development of satellite townships to decongest the cities and giving them radian wings to expand faster to accommodate a young, aspirational India.

The metro is an inevitable part of making any big city in India pollution-free.