Is Christmas A Cultural Appropriation By Christianity? Its Pagan Origins And Dispute Over Jesus’ Birth Date 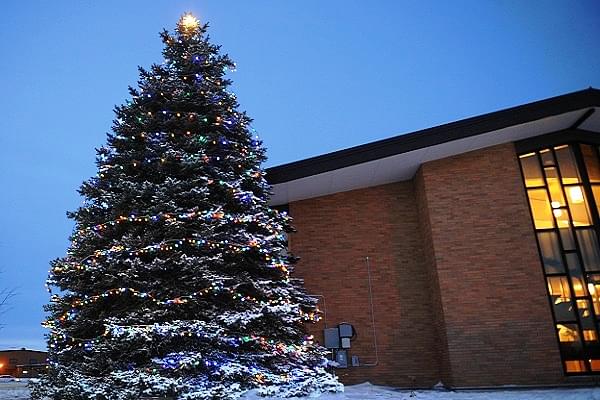 Twenty-fifth of December is celebrated by millions of Christians across the globe as Christmas - to mark the birth of their lord and saviour Jesus Christ.

But, over the years questions have been raised over the true origins of Christmas with various sources pointing towards its pagan roots. Various accounts have also disputed the claim that Jesus was born on 25 December - which remains the foundation of modern Christmas celebrations.

To make it clear at the offset, this article uses the phrase “pagan” as a substitute for polytheist and animistic religions or traditions present in the early days of Christianity and not in a pejorative sense, as was used by the early followers of Christ.

The Pagan Roots Of Christmas

As reported by CBS, ancient Rome celebrated an annual feast called Saturnalia to mark the solstice, following which the days start getting longer, which ultimately culminated in summer.

The festival Saturnalia which dates back to 497 BCE, named after the god Saturn, was celebrated on 25 December and it is claimed that when Christianity became the official religion of Rome, it became the foundation of what we now know of Christmas.

It should be noted that, like Christmas, Saturnalia contained rituals like gift giving, candle lighting, and singing and decorating houses.

The article also claims that the Christmas Tree too has Pagan origins and is seeped in celebrating the beginning of the end of winter after the solstice. While the modern Christmas tree was invented in Germany in the 17th century, it dates back to pagan traditions of decorating houses using greenery during winter.

As per a Quora answer hosted by Forbes, another ancient festival celebrated on 25 December was the consecration of temple of Sol Invictus by Roman emperor Aurelian in 270 CE. This resulted in a holiday named Dies Natalis Solis Invicti which translates to the birthday of the Sun.

The festivities to mark the birth of the sun on 25 December, which also saw the participation of Christians has also been acknowledged by Christian accounts centuries later.

Fast forward to 340 CE, Pope Julius I officially declared 25 December as the birth of Christ - this fact has been disputed by many, but more on that later.

It is thus theorises that while there were three different festivals in the early days of Christianity - Saturnalia, Dies Natalis Solis Invicti and birth of Christ, as Rome faded and Christianity grew Christmas or the birth of Christ emerged as the prime festival.

The story does not end here as Christmas also contains elements of Germanic and Viking traditions. The popular History TV series Vikings references to a festival named Yol or Yule, which was celebrated to encourage good luck and optimism during winter.

In Viking history, the King Haakon of Norway who was a Christian among Pagans, instructed his people to celebrate Yule at the same time as Christmas in an effort to turn it from a celebration of solstice to celebration of Christ.

The exclusive origins of Christmas are also dented by accounts disputing 25 December as the birth date of Christ, which marks the foundation of this festival. Thus, if Christ was not born on 25 December then the traditions of a festival on that day did not start with Christianity.

While Bible does not directly reference to any festival called Christmas, many have also put forth their theories to prove that it is unlikely 25 December is the birth date of Christ.

This account here quotes the gospel of Luke, “Mary gave birth to her firstborn, a son. She wrapped Him in cloths and placed Him in a manger, because there was no guest room available for them. And there were shepherds living out in the fields nearby, keeping watch over their flocks at night”.

It thus adds that shepherds grazing their fowls in the fields would have been unlikely in Judea as the weather there in December remains cold and rainy and the shepherds would have had to take shelter during the night.

It adds that Mary was travelling about 70 miles from Nazareth to Bethlehem, a journey which is especially difficult during winter. Many thus believe that Christ was either born in spring or fall.

The account adds that Christ being born mid-winter has not been referenced in the Bible. Also the exact date was theologically irrelevant for many of Christianity’s earliest preachers as Christ was sent to earth by god, “when the set time had dully come” to accomplice his purposes and promise.

If indeed the Christmas tradition did not begin with the birth of Christ and there were already various Pagan celebrations in place on 25 December, it may lead some to raise the question whether Christmas is ultimately a cultural appropriation?

A NBC News article says, “As Christians spread their religion into Europe in the first centuries CE, they ran into people living by a variety of local and regional religious creeds”.

“Early Christians wanted to convert pagans...but they were also fascinated by their traditions. Perhaps that's why pagan traditions remained even as Christianity took hold.”

Long story short, the above article implies that as pagans were slowly made Christians, their traditions too were 'digested’ into the religion.

This has an eerie similarity with proselytising techniques in modern India which includes appropriating Hindu traditions and rituals.

From Hindu architecture of Gopurams and Dhwaja Stambhs to copying literature to produce ‘Jesus Mantra’ in Sanskrit, Christian missionaries have appropriated several Hindu things. There also happens to be a ‘Jesus Gayatri Mantra’ as well as a ‘Christ Sahasranama’.

The Hindu Yogic ‘Surya Namaskara’ has been copied in full and used as ‘Jesus Namaskara’. Typical local traditions like “Ezhunellippu” in Kerala have been copied by the Church. They have also published a Hindu-style ‘Veda’ for Christians.

A statue of Mary can be found holding a baby Ganesha, in attempt to make her look like Parvati. Jesus is shown with Lord Venkatesh-style Tilaka, in saffron clothes with halo and other Hindu symbols of enlightenment. The missionaries themselves dress in saffron clothes like Hindu saints in the attempts to gain following.

Incidentally, Rajeev Malhotra writes in detail about how many pagan and native symbols have been appropriated by Christianity over the years. He also talks about the ‘digestion’ of Hindu Dharma by the West.

So What Is Christmas Essentially?

As exhaustively written here, Christmas essentially marks solstice. The account claims that early Christians actually celebrated the birth of Christ - aka Christmas in April or May, which synchronises better with his speculated real birth date.

The Catholic encyclopedia states that Christmas was not among the first festivals of the church and it may have been a calculated ploy to insert a Christian festival among many already prevalent in the mid to end December period.

“Most Christmas customs are, in fact, based on old pagan festivals, the Roman Saturnalia and the Scandinavian and Teutonic Yule. Christians adopted these during the earliest period of Church history”, states The Phenomenon Of Religion: A Thematic Approach.

Also, some Christian groups too have opposed Christmas and its traditions.

The book What does the bible really teach by Jehovah’s Witnesses states, “There is no evidence that the first-century disciples of Jesus observed such a holiday...Even if Jesus' disciples had known the exact date of his birth, they would not have celebrated it...Those who want to please God do not celebrate it or any other holiday that has its roots in pagan worship”.

Incidentally the book of Jeremiah in the Old Testament warns its followers not to indulge in celebrations involving cutting and decorating trees, “this is what the LORD says: Do not learn the ways of the nations or be terrified by the signs in the heavens, though the nations themselves are terrified by them. For the customs of the peoples are worthless; they cut down a tree from the forest; it is shaped with a chisel by the hands of a craftsman. They adorn it with silver and gold and fasten it with hammer and nails, so that it will not totter”.

The account adds that the real meaning of Christmas may be sun worship, a tradition already present in various roman religions.

Ultimately, 25 December and its surrounding period was a celebration in the hope that the harsh winter will soon be over, snow will melt and spring will soon arrive, leading to a bountiful summer.

Christmas or birth of Christ came much later. the book of Jeremiah