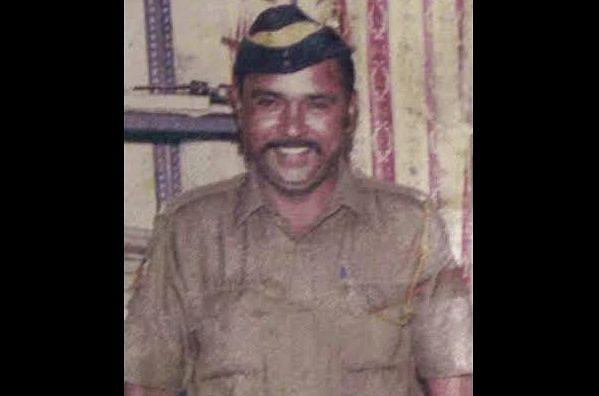 Eleven years ago today, fifty-eight people died in the shootings that continued unabated for over an hour at the Chhatrapati Shivaji Maharaj Terminus. Over a hundred others were injured.

Those who shot indiscriminately at the innocent people with AK-47 rifles were two young men, Ajmal Kasab and Ismail Khan, inspired to carry out Jihad against Kaffirs.

In what can only be a testament to the joy the duo felt in killing, Kasab and Khan then moved on to the streets killing pedestrians as well as policemen, and decided to target Cama Hospital with the intent to kill patients. Kasab later confessed that they had planned to kill 5,000 people.

Driving a car, they were interrupted by Maharashtra ATS. Khan and Kasab killed eight more police personnel in the ensuing gunfight. They targeted Metro Cinema and opened fire on the crowd, and then they drove to the Vidhan Bhavan and continued shooting.

Abandoning the previous vehicle with punctured tire, the terrorists stole a passenger vehicle and started moving towards Girgaum Chowpatty beach.

A roadblock had been set up after a constable who survived the gunfight called for help. Khan and Kasab tried to make a U-turn seeing the police barricade, but they had been spotted already, and the shooting began.

Ismail Khan died on the spot, while Ajmal Kasab was captured alive.

The Jihadists are trained to "kill to the last breath" remorselessly. They are instructed to not get captured and interrogated under any circumstances.

Since they fight without any rational goal (say ransom for hostages, or looting a bank, in which case negotiations can be carried out) but religious goal of “making Allah proud” (Kasab’s words), and have already decided to die fighting seeing it as a doorway to heaven after Jihad, it is next to impossible to capture a fidayeen alive in combat.

When police spotted the two AK-47 wielding terrorists in the car, shooting began. A bullet killed Khan, while Kasab lay down on the ground pretending to be dead. He was planning to began shooting again as the policemen lowered their weapons and came closer to collect the bodies.

As an unarmed Omble approached cautiously, Kasab began shooting again. Instead of trying to take cover or running away, Omble charged ahead and held on to the barrel of Kasab’s rifle braving the bullets. This gave his colleagues just enough time to come close and capture Kasab alive as Omble shielded them from his bullets.

Reportedly, Omble had taken 40 bullets using himself as a shield, but, his body only gave up after the terrorist had been captured.

We salute all the security personnel who lost their lives in an ambush by the terrorists in 26/11 attacks, but the courage that a lathi-wielding Tukaram displayed by jumping before Kasab and making his capture possible gives new dimensions to the word ‘bravery’.

Tukaram’s sacrifice is important for another reason. Without it, a deeper conspiracy could have never been unearthed.

The plot to blame ‘Hindu Terror’

In the interrogation that followed, Ajmal Kasab was brought face to face with Abu Jundal, another terrorist who was involved in the planning of the 26/11 attacks at the higher level. Jundal, a native of Beed in Maharashtra, was extradited to India from Saudi Arabia in 2012.

While Kasab was a fidayeen recruit who was trained and sent for the ground operation, Jundal was among the six main planners of the attacks, reportedly the highest-ranking Indian in the Lashkar-e-Taiba hierarchy.

Kasab was a Pakistani national, whose background verification was vehemently obstructed by the Pakistani government, from cordoning off his village, sending plainclothes officers to clear out his family home to threatening journalists and villagers.

But the evidence was clear on him killing people in the name of Jihad- as captured by by security cameras, witnesses’ testimonies and by his own confession.

On the other hand, Abu Jundal belonged to a Maharashtra, and his journey to Jihad could be more easily investigated.

Also, Kasab was a dispensable instrument for the higher-ups in the LeT, one couldn’t expect to extract the details of the long-term or deeper plans of the Lashkar leadership - that Jundal would have known.

Kasab had named Jundal and Lakhvi as those who trained them to carry out the attacks. When Jundal and Kasab were brought face to face, they both identified each other. This was a crucial evidence that tied the higher leadership of the Lashkar-e-Taiba and Pakistani deep state with the 26/11 attacks.

Jundal also revealed the leadership’s plan to blame the attacks on Hindus - to boost the propaganda on the “Hindu Terror”.

It is noteworthy that despite the capture of Kasab, prominent politicians continued to hint at the hand of “Hindu terrorists” behind 26/11. However, Jundal’s confession revealed the real plot.

Jundal told the investigators that it was his idea to blame the attacks on the Hindus. Reportedly, the terror group planned to make it look like a retaliatory attack after the arrest of Sadhvi Pragya Singh and Lt Colonel Prasad Purohit — accused for the 2008 Malegaon blasts.

The details show that serious planning was involved to pull off the deceit.

The terrorists were trained to speak in Hindi so that they could converse in the same instead of Urdu, giving an impression that they were Hindus (to the hostages etc, they were not supposed to be captured for interrogation).

Jundal, having a masters degree in Hindi, was most suitable for this job.

The terrorists also wore saffron waistbands and were provided with the fake identity cards bearing Hindu names like “Sameer Chaudhary”.

Jundal then drafted a letter to be sent to media houses. It was written in Hindi, claiming the responsibility of the attack for ‘Deccan Mujahideen’ - a non-existent group.

It was hoped that after IDs with Hindu names and saffron bands would be found, the suspicion would go towards Hindus, and the Police would conclude that a Hindu group wrote the letter and tried to blame a make-believe Muslim group to mislead the investigation.

This plan was foiled by the capture of Ajmal Kasab.

The terror-masterminds had made preparations with the scenario in mind that only the dead bodies of the fidayeens would be recovered - with saffron waistbands and IDs - and witnesses to the case would tell the investigators that the terrorists spoke in Hindi and not Urdu.

In his testimony, Kasab corroborated the details given by Jundal about blaming Hindu groups for the attack.

What lessons we learnt

While the weakness of the security infrastructure caught serious attention after the attacks, the conspiracy over ‘Hindu terror’ was quietly brushed under the carpet.

Those who were beating their chests over 26/11 being an “inside job” by Hindu groups went on with their political careers without being questioned for being so seriously wrong, if not malicious.

RVS Mani, a former civil servant who was an under-secretary in Home Ministry at the time, in his book Hindu Terror: Insider Account of Ministry of Home Affairs 2006-2010, claims that the Congress party leadership was hell bent over pushing the narrative of Hindu Terror at the cost of the truth.

He also said that while he still maintains that the 26/11 Mumbai attacks were a fixed match between the Congress and ISI, no one was ready to debate this on merits. “Saying this for many years. No one wants to debate on this on merits,” he said in a tweet.

During the investigation, Kasab tried to manipulate a lot - changing statements multiple times, often contradicting himself, repeating what seemed like the material he was coached to speak to divert attention from the attack.

For example, his family sold him to terror group due to poverty, that he would do the same for India if paid enough, that he could not bear the sight of dead bodies, that he came to India to become an actor etc. These were contradicted by his own other statements as well as the facts of the situation.

Interestingly, these were disproportionately highlighted by the media as well as the intellectuals. The accompanying push of the politicians towards ‘Hindu Terror’ makes one wonder if there was political pressure to tilt the matter towards a different narrative.

Arundhati Roy, in an article for the Washington Post, called the Taj Hotel, a target of the attack, an “icon of the easy, obscene injustice that ordinary Indians endure every day”. ABC News quoted police sources as saying that Kasab didn’t know much about Islam or its tenets.

One would expect when a tragedy of the scale of Mumbai Attacks has happened, one would instead stand with the victims - and ask questions that they couldn’t ask - for they cannot be brought back to life to question their culprits.

Today, we remember Omble, who has become a part of the endless list of martyrs, continuing from the time immemorial, who died protecting the people of this land.

Not only Omble’s actions saved the lives of many others who could have otherwise become the victim of Kasab’s bullets, but also protected Hindus, who already carry the wounds of centuries of persecution and invalidation, from being falsely smeared with the blame of a terror attack.